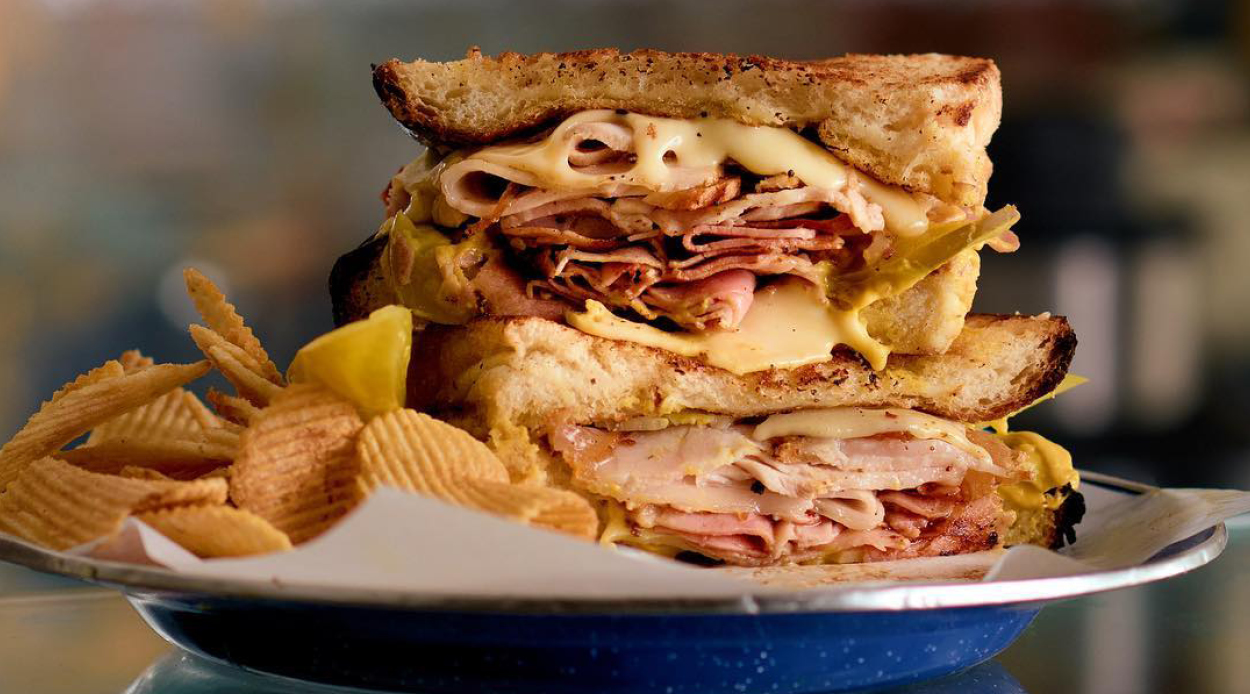 The Cuban from Pastrami & Rye

There’s something about a toasted sandwich that is irresistible. Sandwiches are a universally-loved food, having been deeply rooted in our lifestyles since childhood and there’s nothing like a simple toasting to take our favourite sammies to the next level. And while you might think that something so simple would be easy to find in Auckland’s vast and varied dining scene, that is not always the case. There is, in fact, such a thing as a bad toastie, whether it’s one that has spent too much (or not enough) time in the heat, or one where the type of bread isn’t right or the filling ratios are way off. Here at Denizen, we consider ourselves experts of sorts in the world of toasted sammies and having gone out of our way to sample some of the offerings in town, this is our definitive list of the best.

Fort Greene
Fort Greene quickly earned the respect of every sandwich connoisseur in town for its practice of making every one of its sammies from scratch. This includes the bread, the sauce and every pickled vegetable that goes into the filling. The Reuben is the sandwich that has become the most popular with its house-cured pastrami that is some of the best we’ve ever tasted. The tender, thick and salty slices of meat are balanced by the creamy cheese that is melted on top, while the freshly-toasted bread has a light texture, allowing the flavours of the fillings to shine through.

Hero Sandwich House
Just like its name, Hero Sandwich House makes sandwiches that are mighty heroic. The folks at Hero take things to another level by stuffing the bread with copious amounts of filling and offering a line up of both the classics and the more creative. Our favourite on the menu is The Dick, consisting of a toasted baguette filled with a sweet and tangy gong bao pork scotch fillet, pickled cabbage, sprouts, peanuts and a drizzle of creamy and spicy sriracha mayo.

Pastrami & Rye
If it’s a grilled cheese that you’re after, look no further than the Ellerslie cafe, Pastrami & Rye. Taking simple white bread and smothering it in butter before toasting it, gives the sammie a heavenly, greasy crisp. An assorted line up of cheeses is blended into the filling of the sandwich, offering a medley of flavours with each bite. If you’re wanting something a little bit extra, this is one of the rare places in Auckland that serves the almighty Cuban sandwich, comprising a mix of pork, ham, mustard, pickles and of course, cheese.

Caffetteria Allpress on Drake St
Simplicity at its very finest is how we would describe the sandwiches at Allpress Caffetteria on Drake St. But while they might look uncomplicated, one bite of these delectable sammies will quickly teach you not to judge a book by its cover. Some of the fillings change on a daily basis but the tuna, egg and mayo along with the Reuben are the staples we’ve come to rely on come lunchtime. The fillings in the vegetarian sandwiches change depending on the seasonal availability of ingredients, but when you see the pumpkin with pecorino cheese and walnut, don’t think twice before ordering with your coffee.

Hare and the Turtle
Although a little off the beaten track, Hare And The Turtle is well-worth the journey to Avondale. Renowned for its cream doughnuts, pancakes and cinnamon rolls, the sandwiches too, should not be passed up. The Daisy sandwich tends to be the crowd-pleaser as it is undeniably delicious. Comprising tender beef brisket that melts in the mouth along with cheese, the richness of this combination is cut through by pickled onion. Vegetarians will also have a swell time eating at this cafe as the vego sandwich with eggplant parm is one of the best in town.

Coffee Pen
While chicken fillings tend to be overlooked in the world of toasted sandwiches, Yasuji and Fumi from Coffee Pen are reminding us how tasty they can be. Coffee Pen’s toasted chicken sandwich consists of two humble slices of rye bread which are filled to the edge with slices of chicken that have been doused in mayo and paired with a vibrant green pea smash. The bread has been press-toasted which renders it thin and crispy and allows the filling to work its magic.

Hero Sandwich House brings its incredible sandwiches to the CBD

Back to work: Denizen’s guide to the very best lunch spots in the CBD

These pea and zucchini fritters topped with salmon are brunch brilliance