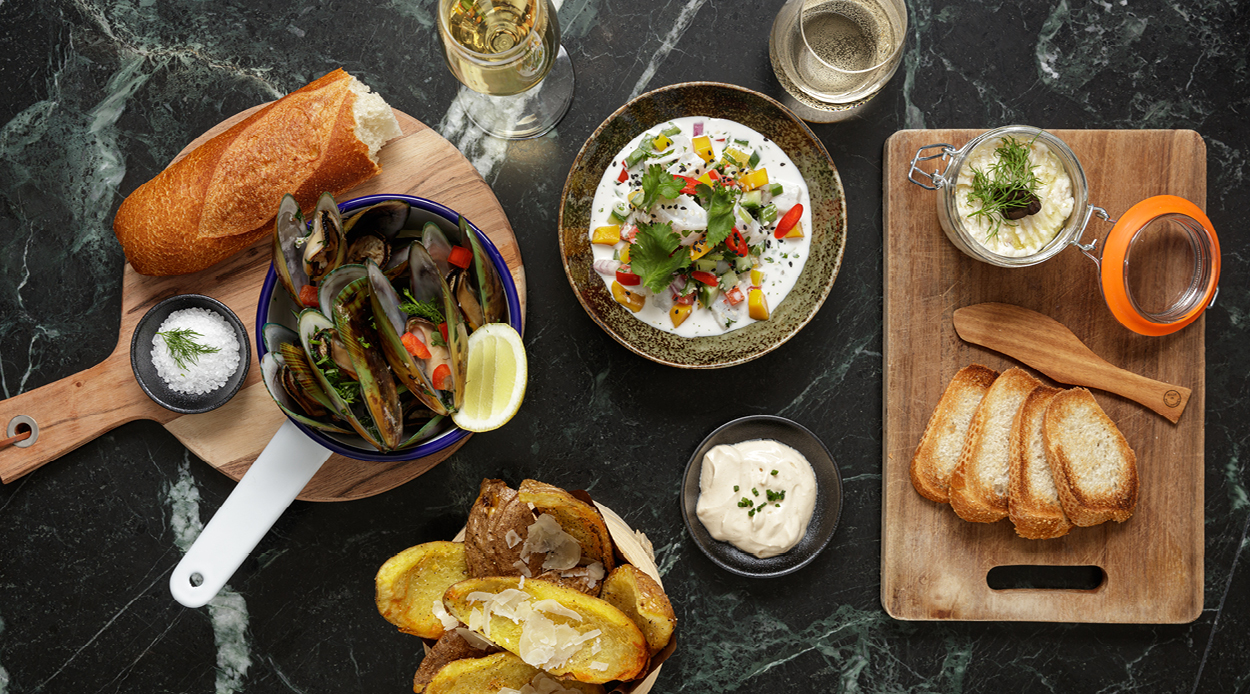 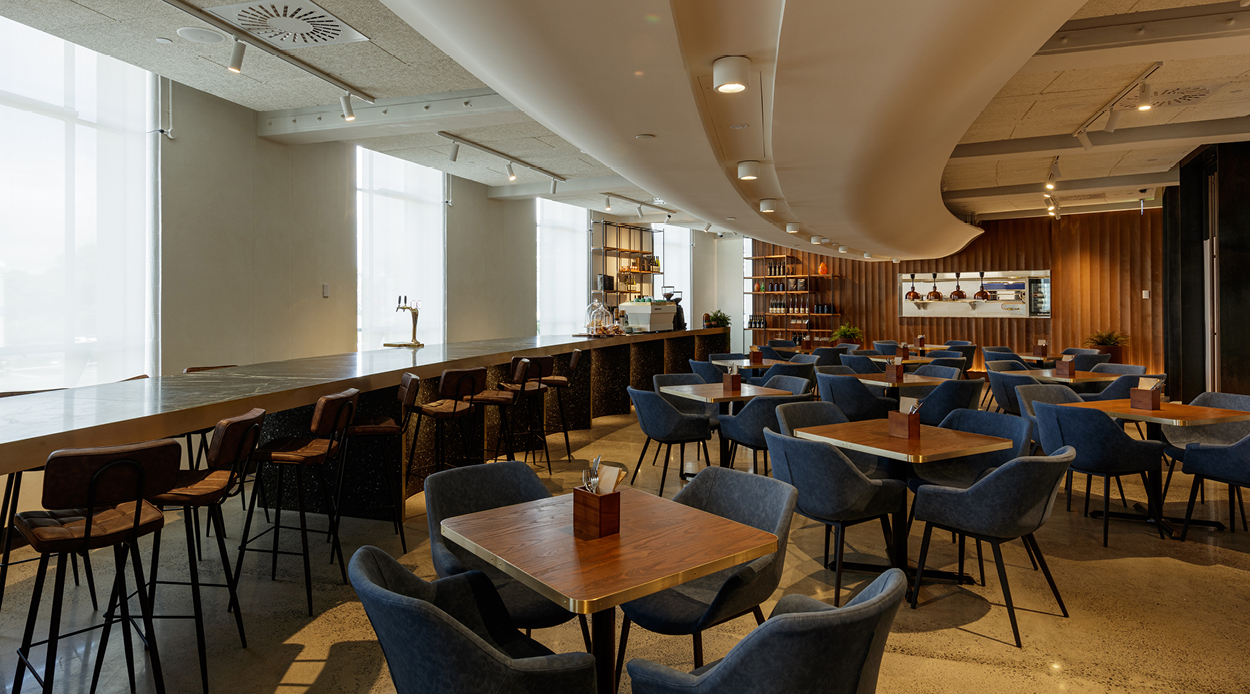 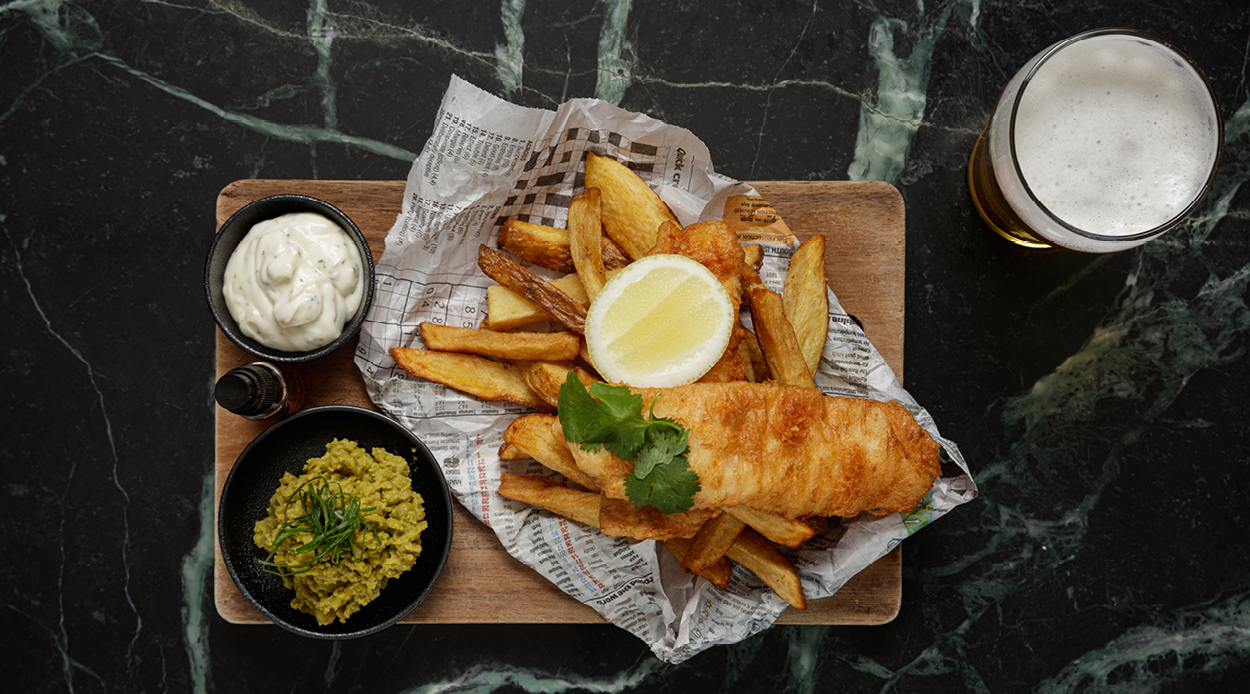 Fish and chips with mushy peas, tartare and malt spray

Having spent a grand total of seven years revitalising its offering, Tāmaki Paenga Hira Auckland War Memorial Museum reopened late last year to reveal significant changes throughout its spaces. Included in the update is a new store and events space, a renovation of the south entrance, plus a brand new eatery named Tuitui Museum Bistro & Café.

Featuring a menu of familiar classics done well, like fish and chips, mussels and roast lamb, Tuitui Museum Bistro & Café promises to provide a crowd-pleasing selection of bites and beverages for replenishing ones energy after soaking up some culture.

A ‘Kiwi High Tea’ includes a nostalgic, playful mix of morsels like snapper pâté and cheese rolls; lamingtons and lolly cake. The duck fat skins are sure to be a must-order, doused in truffle oil and shavings of parmesan with another classic served on the side — Kiwi onion dip. Native New Zealand ingredients are woven throughout the menu; think fried bread with watercress and goats cheese, and buttermilk chicken or buffalo cauliflower with karengo & piripiri.

Little ones are well catered for with the dedicated children’s menu, and a selection of pizzas is sure to go down a treat with the whole family.

Tuitui Museum Bistro and Café is fully licensed, with premiere independent craft brewery supplying the brews — they’ve even created an exclusive ‘Tuitui IPA’. New Zealand wines make up the majority of the wine list, with a range of cocktails also available. Keep an eye out for special events when the eatery will be open after hours, and next time you’re feeling peckish while enjoying the verdant surrounds of Auckland Domain, you know where to go.

Opening hours:
Monday to Sunday: 9am — 5pm
Also open until 8:30pm on Tuesdays for Twilight Tuesdays