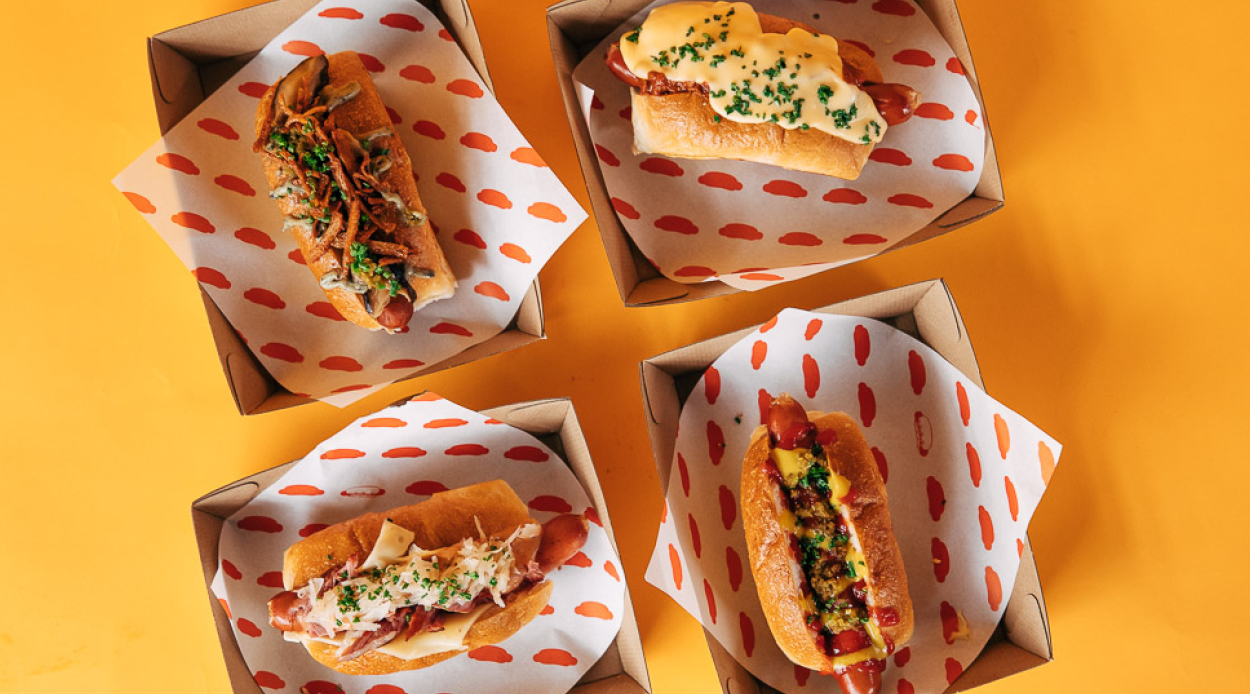 There’s no better way to experience the full scope of the unparalleled selection of eateries at Commercial Bay than in the Harbour Eats food hall. With more than 650 seats available, innovative shared space Harbour Eats is inspired by international food precincts in New York, London and Barcelona.

Encompassing a wide range of local and international cafes, bars and restaurants, it’s sure to satisfy not only the daytime, downtown work crowd and weekend shoppers but also those purely looking to wine and dine. With the hardest part being settling on where to eat, suffice to say every Commercial Bay trip could be supplemented with a different meal and setting.

At Public, a bar concept by Bedford & Soda’s Matt Nicholls, huge windows take in the downtown ferry building and there’s a bookable area for larger groups. Serving coffee and fresh smoothies during the day and expertly-crafted cocktails after dark, visitors can also expect various pop-ups in the same area. Currently, bluff oysters are on offer, best appreciated when washed down with a glass of champagne.

Fans of Malaysian flavours need look no further than Hawker & Roll which is dishing up Malaysian-inspired street eats centred on the hawker roll – a stuffed roti filled with your favourite flavours.

The ingenious team behind Simon & Lee and Gochu have opened up Good Dog Bad Dog, an American-inspired hotdog shop where Oliver Simon and David Lee’s loaded toppings are irresistible.

Sushi lovers need look no further than Oji Sushi, helmed by Yukio Ozeki of beloved Japanese eateries Ebisu and Azabu, with two separate outposts for both eating-in and on-the-go takeaway, and herbivores can relax; Wise Boys is opening its second Auckland location in Commercial Bay, with all the fun and fast plant-based dishes we know and love.