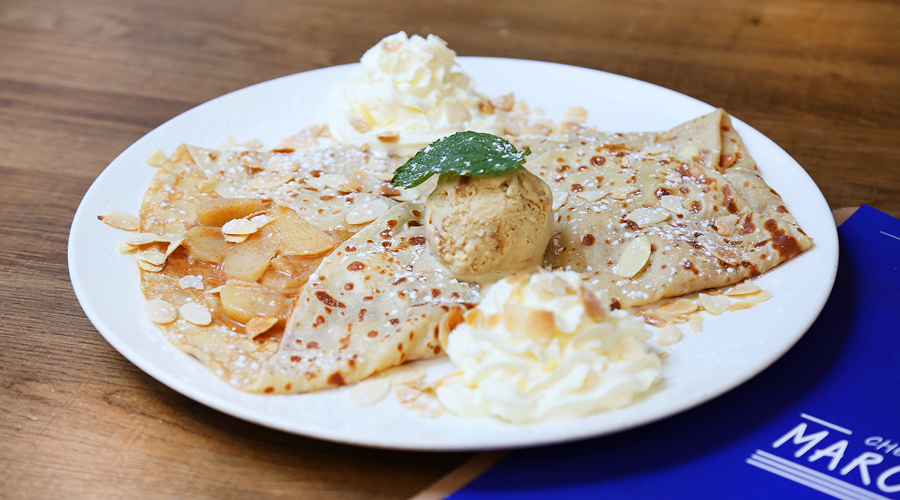 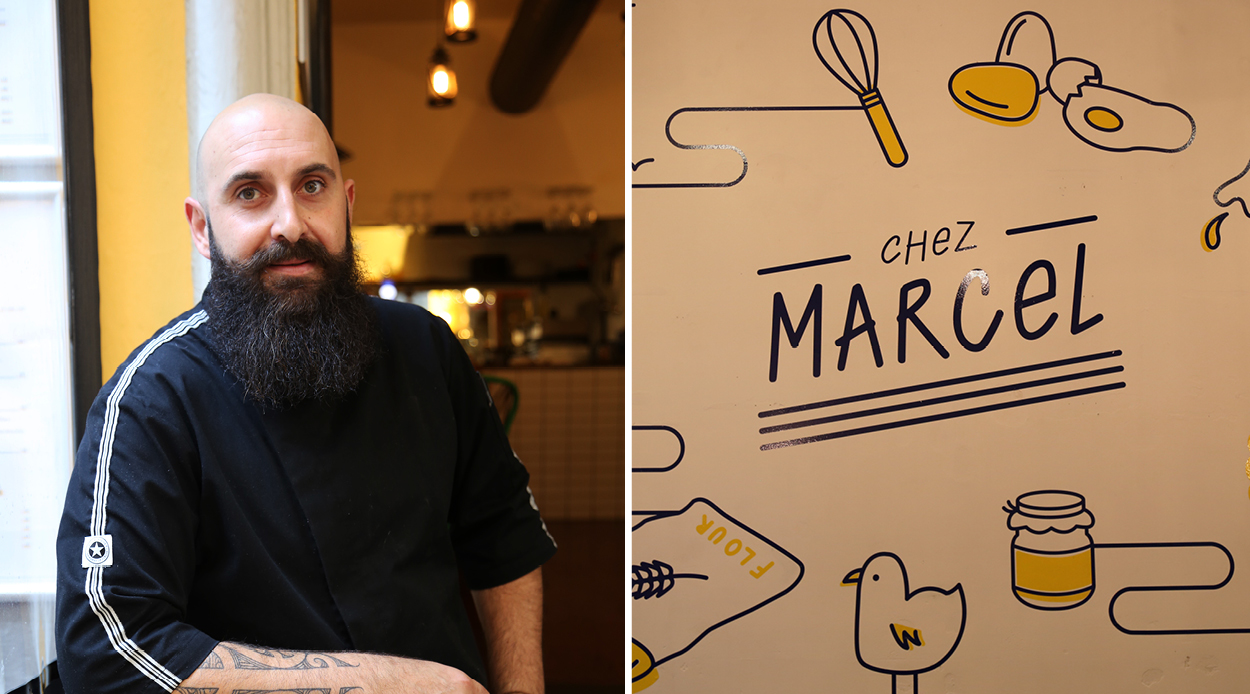 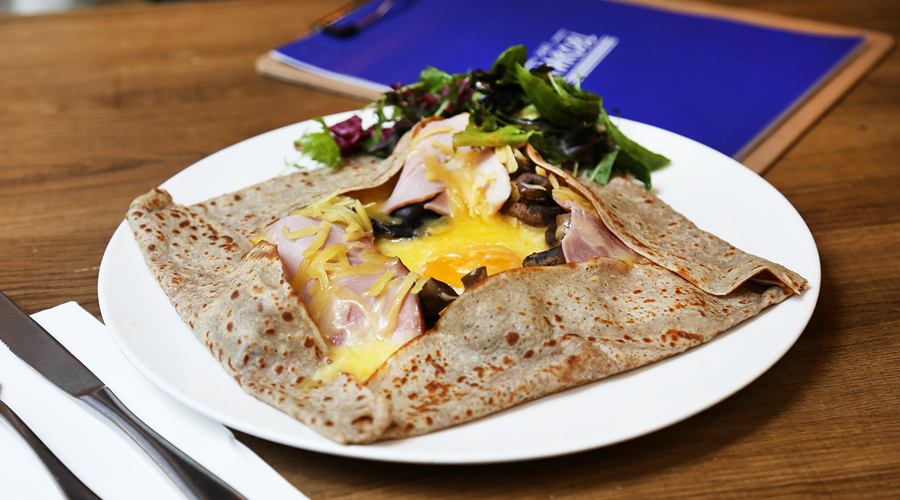 A taste of France has landed in Vulcan Lane with the opening of a charming new crêperie — Chez Marcel. Owned by the same man behind Le Chef (a French bistro located right opposite the crêperie), Edouard Le Goff has transformed Vulcan Lane into an alleyway reminiscent of Parisian streets. From the moment you step foot in the laneway, scents of brown sugar, cinnamon and caramel fill the air and lure you into his quaint, welcoming space where you are met with a friendly “Bonjour,” from Head Chef, Fabien Bravo.

With previous experience as a French pastry chef, Bravo knows a thing or two about creating an authentic and tasty crêpe. His menu features a variety of different options from savoury to sweet and Bravo says that all elements of the crêpe are either imported from France (such as the Emmental cheese) or made from scratch, in-house. Bravo takes pride in his crêpes and goes to great lengths to ensure freshness and premium quality.

The menu features an array of savoury crêpes, otherwise known as galettes. From a four-cheese galette to lighter and fresher iterations including salmon with cream cheese, the varying options mean that making a decision isn’t easy, but Bravo insists that nobody can go wrong with a ‘Classique’. Made from buckwheat flour — which gives it a crispier texture around the edges — this galette is topped with melted Emmental cheese, ham and mushrooms. Adding an egg is always recommended as the runny yolk mixes into the creamy cheese to create the perfect brunch dish.

Chez Marcel doesn’t neglect those with a sweet tooth either, in fact, it has a whole separate menu dedicated to more indulgent combinations. The standout is the Tatin — a soft, delicate, thin crêpe wrapped around caramelised apples that have been cooked in butter, infused with cinnamon and topped with caramel ice cream, crispy grilled almonds and a side of freshly whipped cream. It’s a delightful and homely dish, made even better when paired perfectly with a drink from Chez Marcel’s comprehensive list of beverages.

But beyond the tasty bites, Chez Marcel boasts a cosy, warm ambience, and customers are welcome to enjoy their delicious crêpes in Le Chef’s space across the way if they wish. Le Goff explains how he wants to cultivate a friendly, community atmosphere (like how it is in France) and the fact that he named his new opening after his son is an apt representation of the familial way he treats everyone who walks through the door.