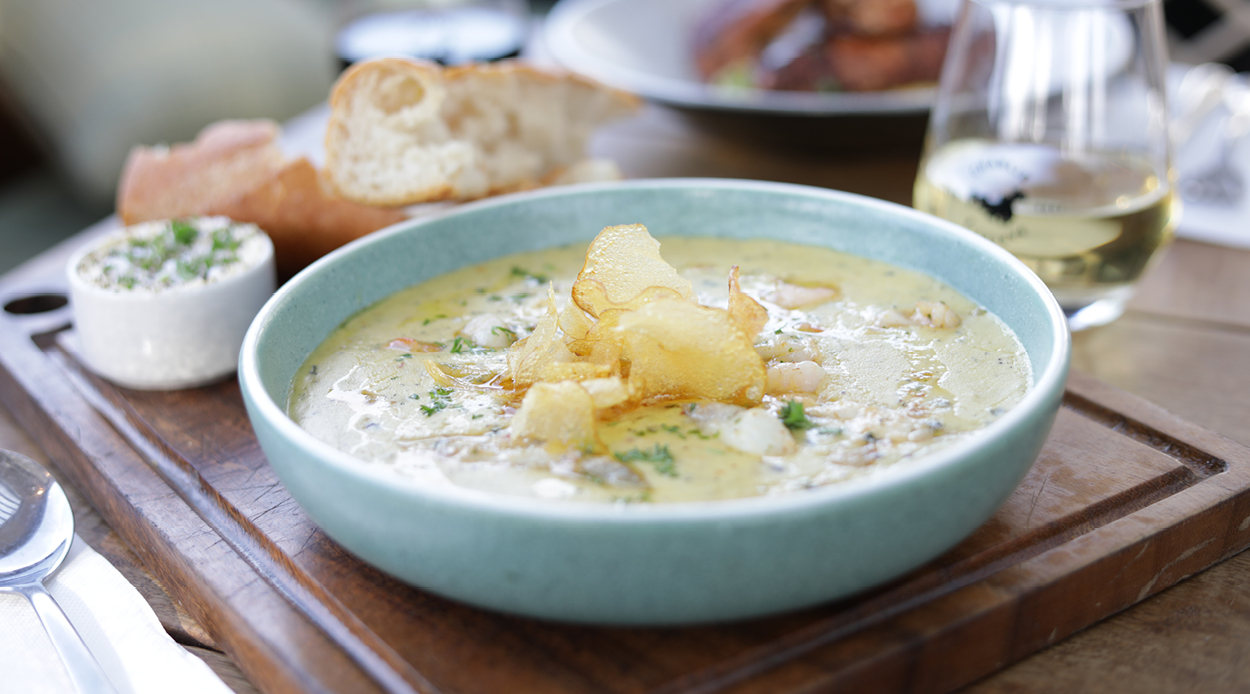 The chowder is a hero of the cold season that is often, unfortunately, underrated. With most eateries at this time of year offering various daily soups and stew dishes, very few serve up the warming chowder, which makes satisfying our cravings a difficult task. Enter Charlie Farley’s. Proving just how tasty a chowder can be when done right, Charlie’s seafood iteration is giving the humble dish the attention it deserves, and it has become one of our favourite meals of the season.

For those who think that chowder is more or less the same as soup, let us set you straight. Chowders are generally chunkier and more hearty than regular soups, and they also include more butter in their recipes — and we all know that butter makes anything better. Charlie Farley’s seafood chowder comprises an ocean medley, including mussels, prawns and fresh market fish. To offset its richness and to add an extra crunch, Charlie’s serves its chowder with a topping of chilli lime salt crisps and a side of crusty baguette.

So this winter, cosy up at this Waiheke institution and indulge in a bowl of Charlie’s seafood chowder while looking out to the stunning views the eatery is afforded from its beachside location. The scenery and ambience are just as magical in the wintertime as they are in summer and we’re already booking our next ferry back.