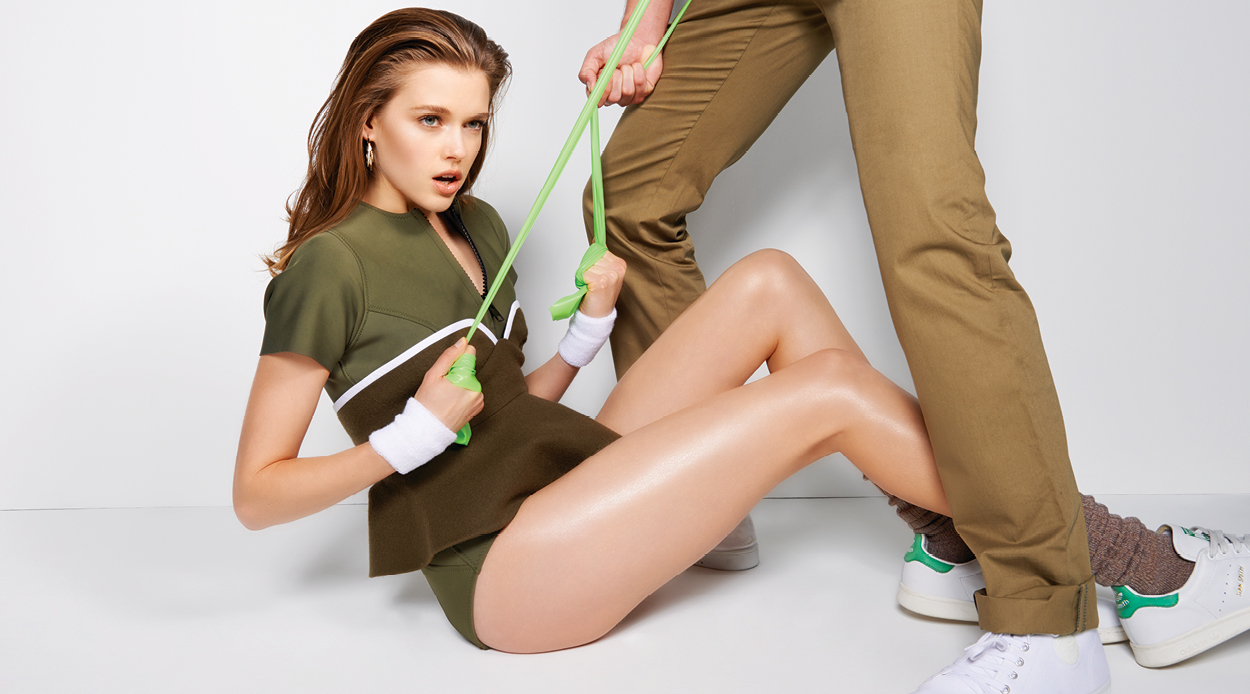 If you haven’t come across the term HIIT at some point over the past few years, then you’ve evidently been living under a rock. High Intensity Interval Training (HIIT), is the cardio workout which alternates short bursts of intense exercise with slightly less intense recovery periods, and it’s been heralded as the holy grail of exercise plans. Fat busting, endurance building and metabolism boosting, HIIT workouts seemed like a sweaty miracle. That was, at least, until we realised one terrible discerning factor: HIIT workouts are goddamn hard work. Hernia-inducing, stomach-wrenching hard work. Well, fellow slackers, there might just be an answer.

Say hello to LIIT: everybody’s new favourite acronym. Lower-intensity interval training, HIIT’s smaller, quieter, more relaxed and far more forgiving sibling, is making waves in the wellness circuit thanks to its more accessible and less intimidating nature. The notion is very much the same, high intervals followed by rest periods, except the high intervals aren’t quite as horrifically intense and the rest periods are far longer — the intensity during a LIIT session is never above a sprint. (Amen.) Now, to be clear, LIIT workouts aren’t a walk in the park. Muscles will burn, pores will perspire, and there’s a good chance you’ll still be looking forward to the end with the same longing as before. But the slower, lighter approach of strength-training sections interspersed by longer breaks, means that you’re not absolutely despising your workout while it’s happening. In addition to it being generally more accommodating, LIIT is much more sustainable long term due to it carrying a lower risk of injury. As such, many fitness experts have touted it as one of the safest ways to both build and maintain lean muscle.

So, what’s the catch? You have to be willing to give up a little more of your precious time, I’m afraid. LIIT still offers the same ability to torch calories, but if you’re looking to wave goodbye to the same amount as you would during a high intensity blitz, prepare to double your time. Not all is lost, however. What you lose in idle free time (what would you have been doing with that extra 30 minutes, anyway?) you gain elsewhere. Not only will you receive the same aesthetic benefits that you would from a HIIT session, but your general fitness will improve ten-fold, including improved cardiovascular endurance, increased mobility and heightened strength. In addition to that, LIIT has been described as a far more mindful approach to fitness, thanks to its slower pace and lack of stress.

LIIT serves as a great alternative for a range of fitness levels, whether you’re a beginner, just getting back into the fitness game after a workout hiatus, or recovering from an injury — but most of all, it suits those who want to just take things a little easier.

Try it at home:

Jog at a moderate pace for two to three minutes, before briskly walking
for five minutes.

Carry out a circuit of three to four rounds of 10 push-ups, 10 squats, and a 30-second plank. Take a 90-second rest between sets.

Jog for 90 seconds on the treadmill before carrying out a walking recovery for three to five minutes.

Carry out three to four sets of 10 kettlebell swings, 10 single arm dumbbell rows per arm, and 20-second side planks on each side. Take 90-second rests between sets.