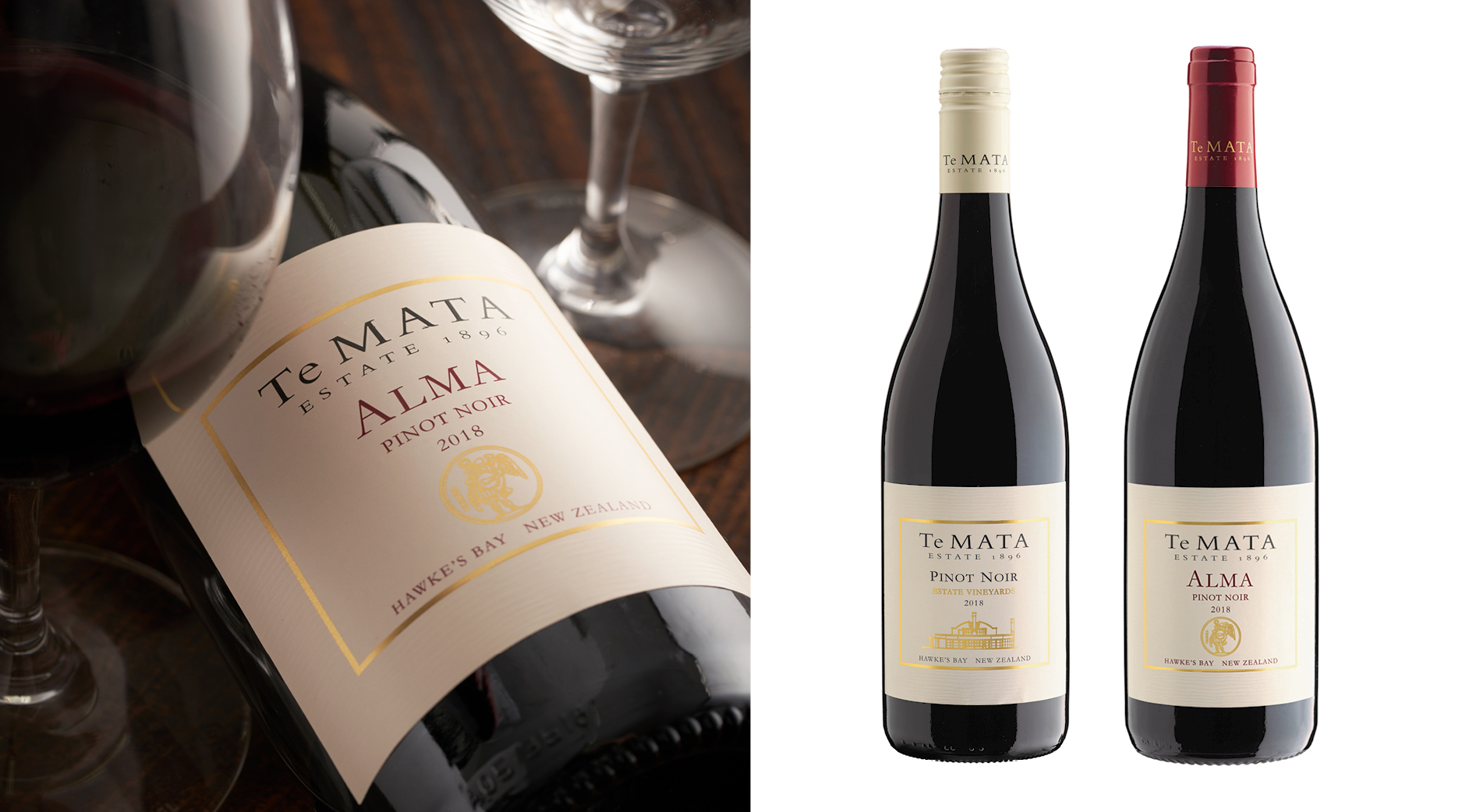 But in the midst of these achievements, the historic vineyard has been in the works of expanding its legacy even further. Introducing, Te Mata Estate’s Alma ’18. First planted in 1999 this premiere vintage of Alma has materialised as a world-class pinot noir and a quintessential expression of great New Zealand wine. A project that has taken decades to realise, Alma ’18 is the first pinot noir to be released by Te Mata Estate this century from their very own vineyards, which makes this a significant moment in Te Mata Estate’s rich history.

Under the careful guidance of Te Mata’s renowned winemaker, Philip Brodie — through the process of hand-harvesting single-vineyard, inland grown, low-cropped vines — a sophisticated wine has been carefully created, one that embodies the elegance of its Estate. The rich and deliciously ripe pinot boasts a blend of aromas that resonate with scents of black cherry, wild strawberry, currants, marzipan, sandalwood and sage. The dark wine sports a complex melange of flavours from decadent berries, Black Doris plum, an underlying taste of semi-bitter tannins and notes of cherry, truffle, cinnamon and warm smoke that linger on the palate.

A wine that was conceived in commemoration of the heroic Dr James Thomson, a forefather of the Buck family (who established Te Mata Estate) and a man who sacrificed his own life in order to save others, the history and origin of Alma ’18 is as rich as its tasting notes. Following the Battle of the Alma during the Crimean War, Dr Thomson volunteered to aid wounded soldiers despite the fact that they had contracted the highly infectious and deadly disease, cholera. The medal he received for his selfless acts of courage has been stamped on the labels of Te Mata Estate’s Alma ’18, as a reminder of the inspiration behind the name.

For those who seek a more energetic and expressive profile, Te Mata Estate has simultaneously released the Pinot Noir ’18. Rather than deep flavours of dark plum and rich cherries, this wine boasts a floral aroma and presents fresh boysenberry and cardamom with only a gentle touch of tannin and spice. Both of the Hawkes Bay pinot noir wines are available in selected stores and are extremely limited in stock, click here for more information.