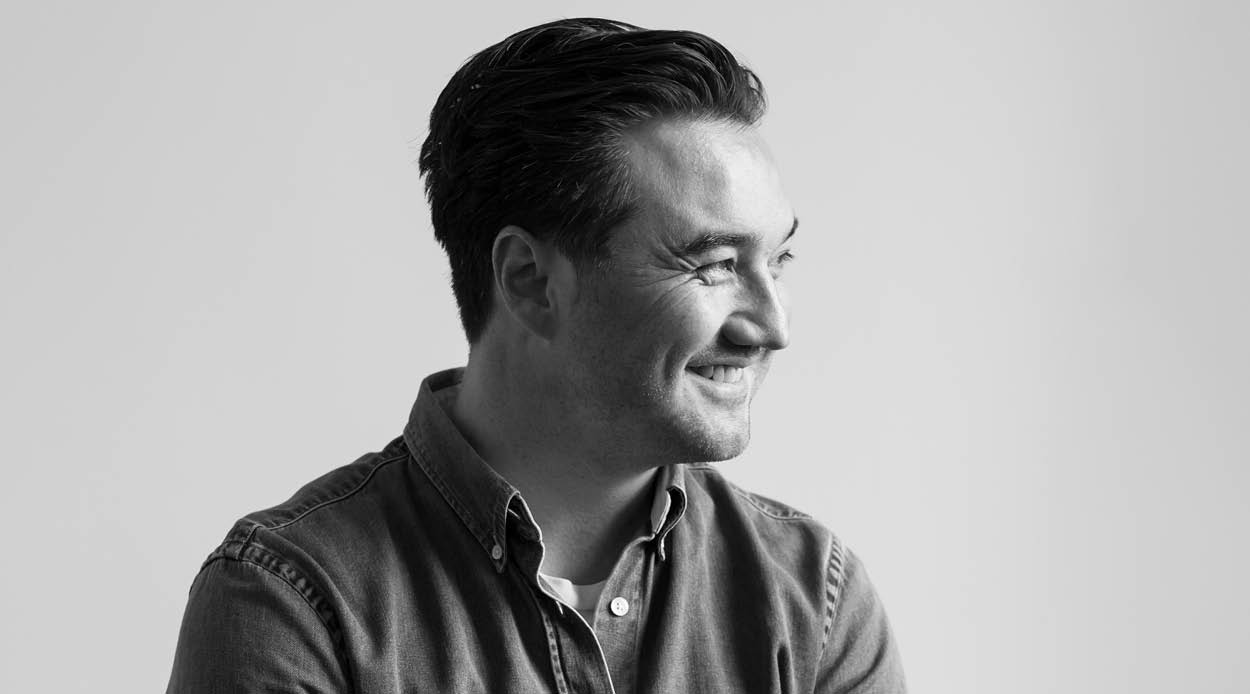 After a successful international career in advertising, Lucien Law now sits firmly at the head table of the New Zealand’s hospitality scene as the co-founder of Savor Group, which includes Azabu, Ostro, Ebisu and NSP among its bulging stable of excellent eateries. We asked Law to reveal the ingredients of his happiness and success.

I got into this industry initially because my father owned restaurants. He sold them when I was 12 years old. I have done almost every job in hospitality at some stage. From dishwashing, working as a glassy, waitering and cooking, to managing restaurants and bars.

At some stage, while at Waikato University, I fell into advertising and got a job as a copywriter which I enjoyed. It took me to London where I worked at Saatchi & Saatchi and other agencies, but after 10 years of advertising I’d had enough and opened up my first restaurant in Auckland, Ebisu. Customers are much more enjoyable than clients. Frankly, I got into restaurants and bars because I like restaurants and bars a lot.

I think because we have a number of restaurants people think I’m not in the detail or driving the menus. Nothing could be further from the truth, I spend 90 percent of my day in the weeds and that’s fine with me.

The best piece of advice I was given was stay out of prison. The food is shit and the sex is worse.

And the worst piece of advice was “just be positive”. I think this sets people up for a mental health nightmare. If you’re overly optimistic you don’t consider all the risks. Beware of the happy clappers.

I think the Auckland hospitality scene is changing and it’s a fantastic time to be getting into it if you have a great idea. With change comes opportunities for up-and-coming chefs and new food ideas. Auckland has a runaway ‘foodie’ culture. Diners are looking for so much more from their restaurant experience than ever before.

I generally make big decisions by trying not to make permanent decisions based on temporary emotions. Restaurants are fuelled by the emotions of a lot of people. It’s important to take a step back before you make changes that are hard to turn around again.

The success of a restaurant hinges on one thing, customers leaving happier than when they arrived. It’s that simple. So the best part of my day is getting that right.

When you’re serving in the vicinity of 500,000 meals a year, I guess at times, of course we’re going to get it wrong. But it hurts every time you hear or read about us fucking up. It’s very personal.

Right now, post Covid it’s been invigorating to see people’s desire to get back out to restaurants. It certainly reminds me that at their best, restaurants serve a higher purpose than to just put food and drink on tables. We help fill a need for basic human connection, something you don’t realise is important until it’s taken away.

I’ve always wanted to do something worthwhile. I can see now I should have been much more specific.

There is no one person I attribute my success to, but I think my family’s work ethic has played a huge part. Starting with my Great Grandfather who arrived in New Zealand from China in 1903 to become a market gardener in South Auckland.

That entrepreneurial gene is strong in my family. At times my parents and my four siblings have all been running their own successful business at the same time. Being the youngest in the family and witnessing all of that was intoxicating. I think I was always going to be working for myself.

I really want to be travelling the world bite by bite.

I envy people who have faith. I don’t believe in anything supernatural. But in some way, I envy people that do, because it must be soothing to have an imaginary friend looking down at you from a cloud.

I can tell in two minutes if you make good coffee.

Everyone needs a friend who can tactfully tell them the truth.

Food should be delicious, but at its finest have a sense of place within its community.

Often the perfect restaurant experiences have little to do with the food itself. Choose your company wisely.

There is nothing worse than restaurateurs talking about restaurants.

I feel sorry for people who are cheap tippers or rude to their server. In the words of the late, great Anthony Bourdain, “If you’re a cheap tipper or rude to your server, you are dead to me”.

The motto I live by is: Don’t sweat the petty things and don’t pet the sweaty things.