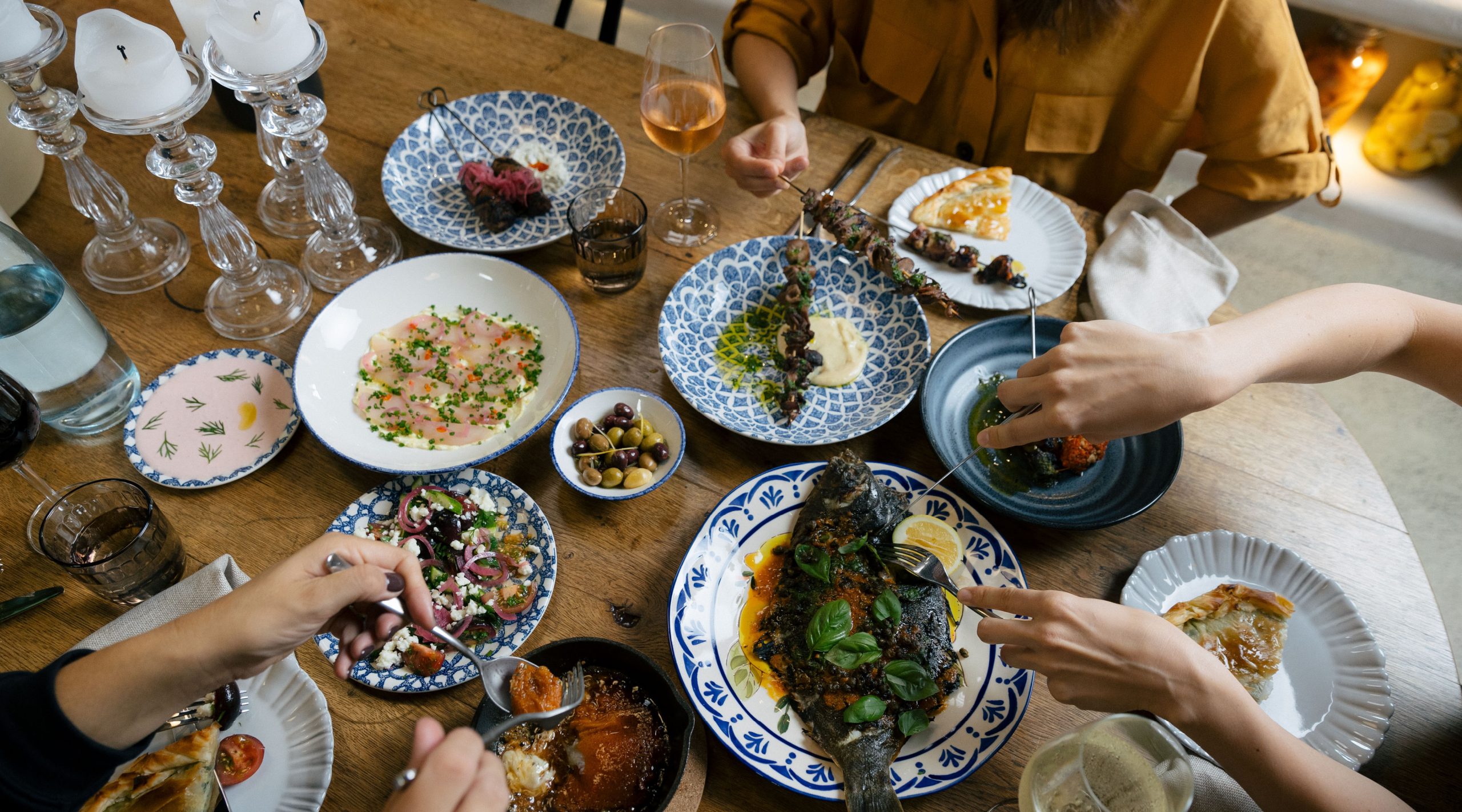 Auckland has welcomed a new eatery that is bringing a taste of Greece to the bustling streets of Ponsonby. Named Daphnes Taverna, the new opening comes courtesy of Clare and Joost van den Berg, the well-known restaurateurs behind Odettes Eatery and Hugo’s Bistro (which they sold in 2019).

Having spent a blissful four months travelling around Greece in pre-Covid times, the van den Bergs were inspired to harness the philosophy and cuisine of the richly-historic country and its islands, filling a gap in the local culinary offering in the process.

With its high, vaulted ceilings, painted brick walls, varied lighting and eye-catching art, the space makes you feel instantly at home as soon as you sit down, with a purposeful eclecticism that feels comfortable yet polished. Clare utilised her years of interior design experience to curate the space, aiming to create the vibe of a fun, Greek-style family gathering for each and every diner.

Daphnes’ head chef is Anna Weir, formerly of Odettes and Amano, who designed a modern Greek menu inspired by this family-style sensibility, with a range of small, mid-sized and larger sharing plates that span light snacks and more substantial dishes.

There’s whole flounder with capers and tomatoes, and a lamb shoulder to be shared between groups; a range of souvlaki, or skewers, sees octopus, ox tongue, eggplant, chicken and more given the charcoal treatment. A selection of vegetable dishes is also on hand to freshen up the spread, with a succinct offering of desserts including baklava and katoumari, a kind of sweet pie, with blueberries and honey.

With seemingly the whole town abuzz with word of this new opening, we have no doubt Daphnes Taverna will be a sought-after spot for anyone keen on a lively atmosphere and tasty, modern-Greek fare.