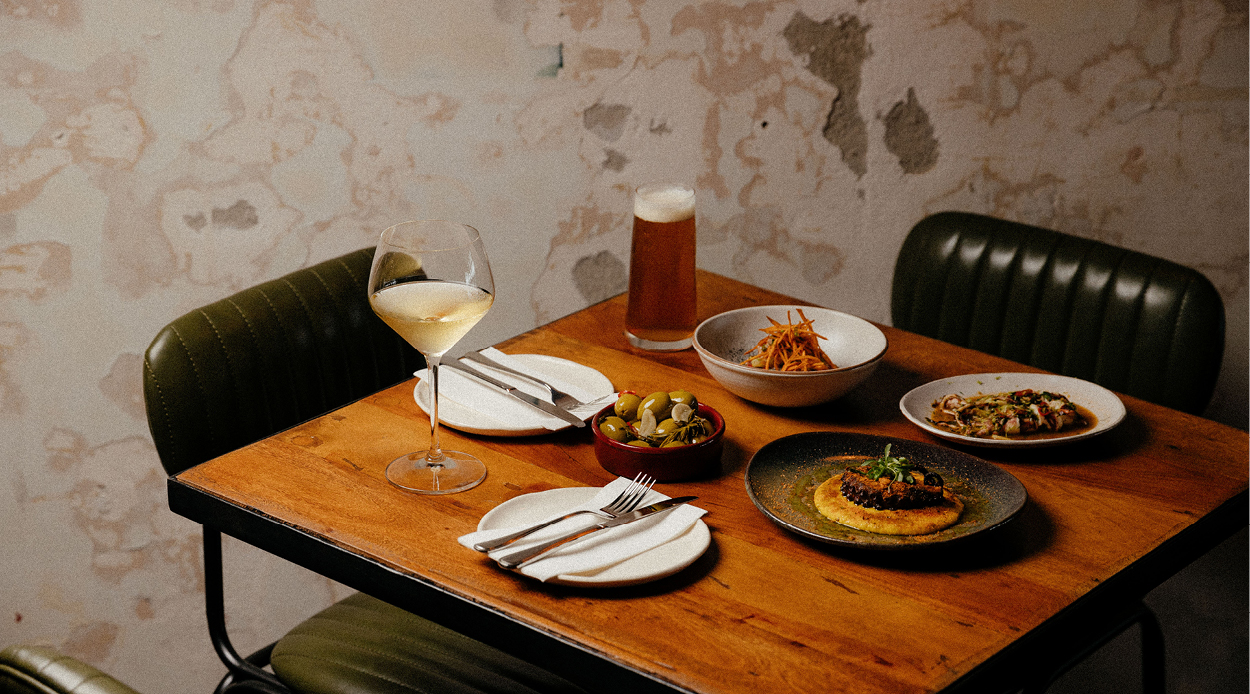 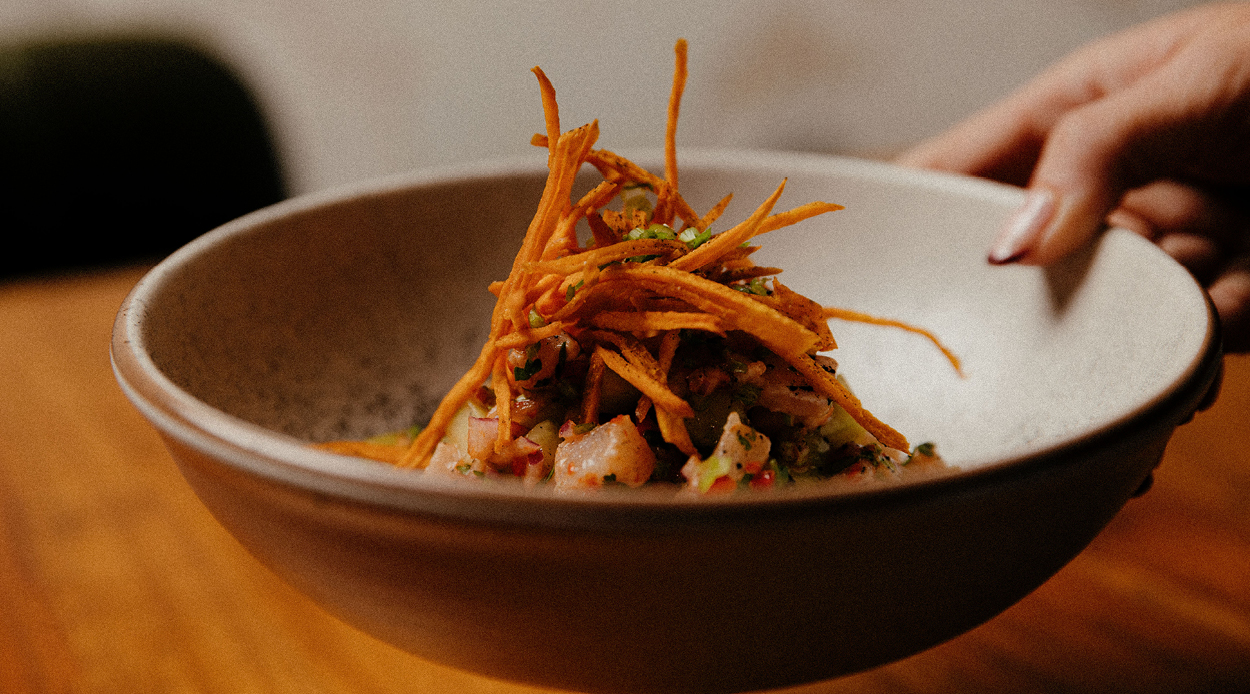 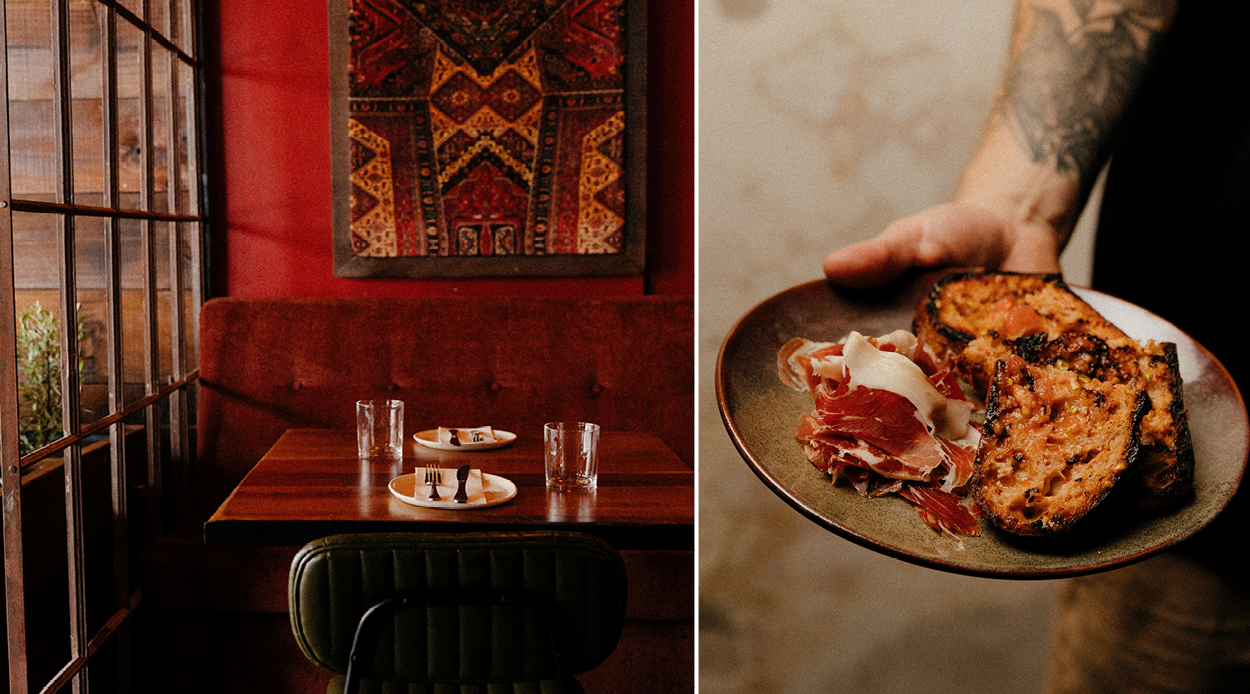 Joining the in-demand culinary scene of Karangahape Road is Candela, a brand new eatery and wine bar bringing the irresistible flavours of Spain and Latin America to one of Auckland’s most colourful strips.

Helmed by chef and owner Matt Ross, with Leola King managing front of house, Candela’s cosy yet spacious interior calls to mind the late night tapas bars (known as Tasca) frequented by Ross during a two-year stint living and working in Spain. Having previously cooked in kitchens throughout Auckland and Melbourne, as well as private cheffing in Spain and Israel, Ross felt the time was right this year to come home and realise his long-held goal of opening his own restaurant.

Powering through the pandemic to build and open Candela, with its beautiful tiled floors and imported Mibrasa charcoal oven, Ross has created an offering that centres on small plates to go well with a cocktail or glass of wine — more elevated versions of tapas (without the connotations of average-ness we’re accustomed to in Auckland). It could also be described as “Latin-fusion”, aiming to borrow from the various cuisines of Spain, Peru, Argentina, and maybe even Mexico, localised with Aotearoa’s ingredients and produce.

Tapping into Auckland’s prolific leaning towards shared plates, Candela’s menu is filled with appealing dishes; patatas bravas skew more traditionally Spanish, while smoked kahawai croquettas see two cuisines and cultures collide. The Mibrasa works to impart a moreish smokiness across the menu, like on the chargrilled cabbage with a base of ajo blanco-inspired purée; and octopus with saffron-whipped potato and a paprika crumb.

Small servings of paella are juicy with scampi and cockles, empanadas are stuffed with lamb shoulder and served with chimichurri, while dessert comprises enticing morsels like churros with chocolate sauce and a baked cheesecake with tamarillo.

Fittingly for Candela’s K Road location, Ross is keen to incorporate music and entertainment into the regular offering, perhaps with a Latin band adding to the vibe for late night drinkers and diners, or DJ and musician friends of his keeping the good times flowing with regular sets.

So, while we might not to be able to travel to any far flung destinations anytime soon, at least Candela is here to whisk us away for the delicious duration of a meal.