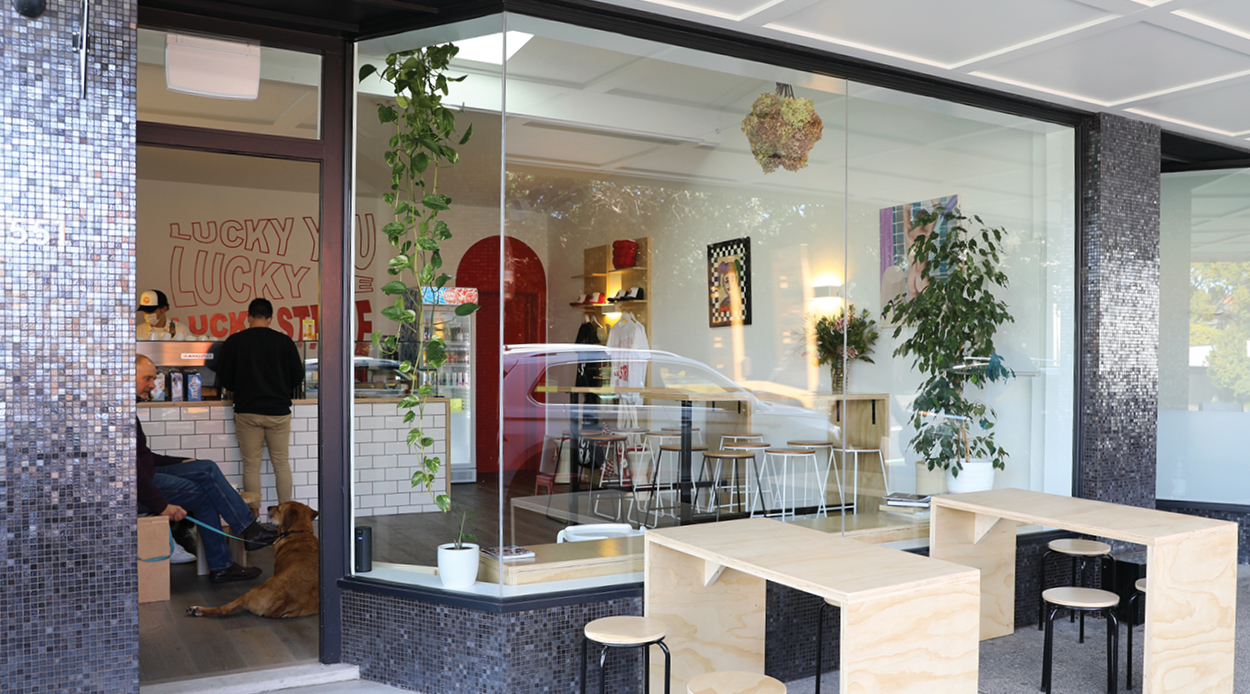 Mount Eden Village has always had good food, but recent years have seen it in need of a bit of a culinary revival. The population of the suburb is shifting, and new residents have been seeking options in the same vein as Ponsonby, K Road, Parnell or even the inner-city, where good brunch and all-day options abound for hungry locals.

Meet Lucky Strike, the new Mount Eden cafe wooing the local crowd with its perfect brews and tasty bites. The cafe began as a pipe dream for Robby Hekkers, a former barista from Grey Lynn’s beloved Crumb. After its closure earlier this year, he realised that there was a need for a good cafe and buzzing local hub in his home suburb of Mount Eden.

Inspired by his partner’s inner-city-store-come-creative-hub Monty’s, Hekkers set his sights on creating a cafe that housed more than just a good brew. He designed Lucky Strike as a place where creatives could congregate, exhibit and sell their work, use the space for inspiration, and of course, get a drink and a good bite to eat — courtesy of some tasty cabinet offerings from Daily Bread .

It’s the kind of cafe that’s effortlessly cool, where the coffee is great and everyone is welcome, and that’s the vibe the owner intends to maintain. Having handled every aspect of building the business, from the fit-out to poster design and working behind the till, Hekkers has exciting plans for the future. But for now, it’s the perfect place for those residing in Mount Eden to adopt as their new local.

Taking up residence in a historic building, The Bridgman is the new gastropub wooing Mt. Eden locals