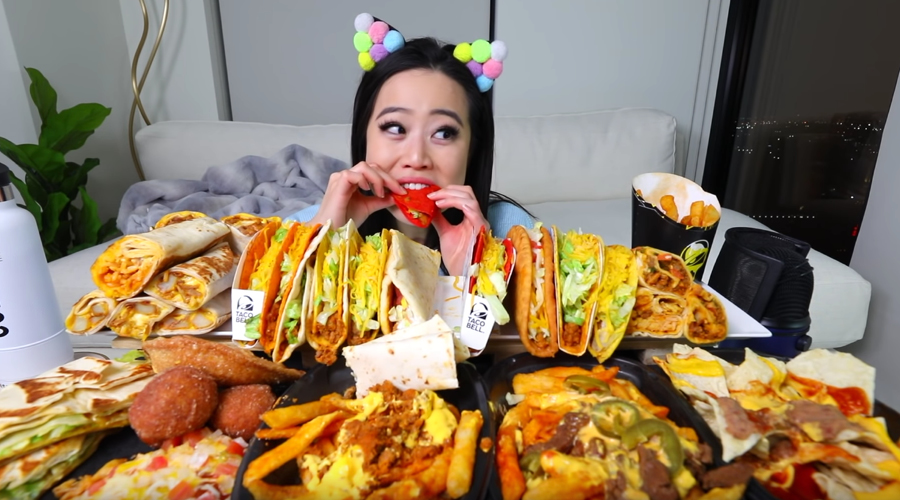 Anybody who has fallen deep into the YouTube portal would have come across a video of someone sitting in front of a camera and filming themselves eat. Some of the videos consist of regular-sized, some are super-sized portions, but they all include the act of eating. They could be telling a story while they have their dinner, they could be doing a live Q&A or they don’t say a word and just eat with no distractions. These captivating eating videos are called ‘mukbang,’ (pronounced ‘mock bung’) a video category which started in South Korea and here is why they are so widely popular.

The word ‘mukbang’ is dissected into two different words, ‘muk’ short for ‘eating’ and ‘bang’ translating to ‘room’. Together, the words mean ‘eating room’ and the content stays true to its name. Over the years, the concept of mukbang has turned into a source of entertainment where small-framed people feast on abnormally large portions and this holds the audience until they finish the entire meal. However, the reasons for the popularity of mukbangs stem from the idea of using these videos to combat certain customs in Korean society.

Fueled by the economic boom in South Korea, working 12 hour days is not something that is considered unusual. In 2017, it was reported by the Organisation for Economic Co-operation and Development (OECD) that the average South Korean found themselves working a total of 2024 hours per year. To put that into perspective, New Zealanders spend, on average, 268 hours less in the office compared to the employees in South Korea’s workforce. Working over-time has led to the culture of dining alone to become highly prevalent in modern-day South Korea. Instead of eating alone, many people found themselves turning to the computer and eating with the person on their screen.

Dining etiquette is also a significant component of South Korean culture. There are rules to who at the table eats first, who serves, which side to put your rice bowl and which side to place your soup, the list goes on and it can be overwhelming. Mukbangs are an escape for people to relax and eat without having to abide by these strict rules, ultimately becoming a breathing space for many people of the country.

Mukbang videos have become a money-making industry with mukbang celebrities generating an income through viewers donating money via their live streams. However, this industry has also become somewhat problematic. The South Korean government announced that they will be releasing guidelines to regulate mukbangs as the consumption of unrealistically large helpings could potentially promote actions that are harmful to one’s health such as binge eating.

So there you have it. Now the next time you stumble across a video of someone staring directly into the camera while eating their way through 10 bowls of noodles, just know that there’s a reason to your captivation. Embrace it, continue to watch or better yet, fix up your own plate and join the person on screen.