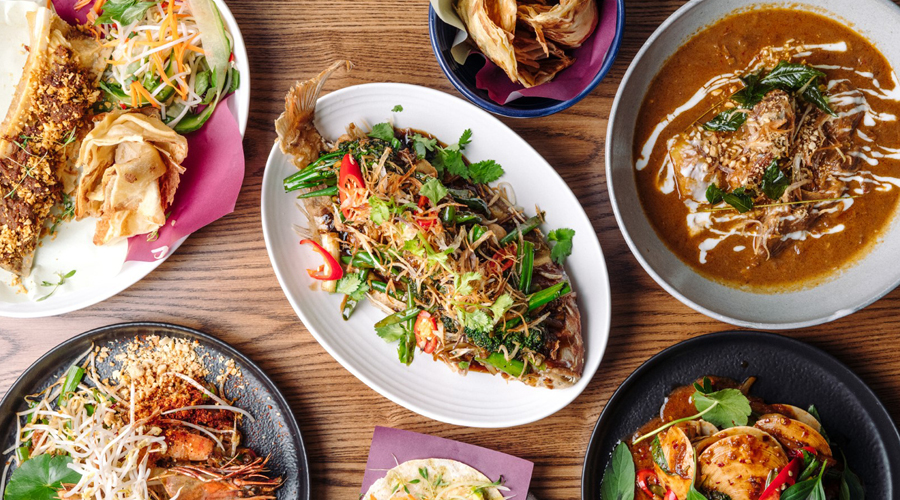 You might think that your tastebuds are particularly sophisticated because you enjoy visiting restaurants that serve international cuisine. And while we applaud you for stepping outside your comfort zone, be wary of getting stuck in a cycle of only ordering the ‘safe’ options. Your newfound love for butter chicken or laksa is fine, but there’s still a whole world of flavour and texture to be discovered beyond the tried and true favourites. Taking a risk by ordering something you might have no idea about will more often than not pay off in a culinary affair to remember. So here is a guide to the dishes you should be ordering, in order to get the full experience.

Indian
The infamous butter chicken, rice, naan and fizzy drink combo is one that goes way back and has remained a staple order since our University days. Too often, when dining at an Indian restaurant, do our eyes go straight to the classic butter chicken and while it’s delicious, it’s time to switch things up. Next time, try the balti paneer curry. With a slightly tangier base than butter chicken and much less sweetness, the curry is thickened with cubes of paneer cheese which melts, creating a rich and slightly tart flavour. Also, consider branching out to South Indian cuisine which tends to focus more on flour, lentils and rice rather than heavy curries and bread. Dishes such as a classic masala dosa is a great gateway to South Indian cuisine as it resembles the familiar French savoury crepe.
Recommended restaurants: Paradise, Bawarchi & Oh Calcutta (North Indian) Satya and Venky’s (South Indian)

Chinese
Chinese cuisine boasts an extremely varied and diverse range of dishes, meaning that life is far too short to just be eating sweet and sour pork every time you eat this cuisine. Next time you go to a Chinese restaurant, perhaps try the mapo tofu, which is perfect when paired with rice. It consists of silky tofu that has been mixed into a spicy Sichuan sauce and minced meat — usually rich and fatty pork. If it’s deep-fried food you’re after, boneless chilli chicken is a dish that is guaranteed to be a winner every time. Containing less than half the sweetness of the renowned sweet and sour pork but double the crispiness and addictiveness, it’s almost impossible to dislike this dish.
Recommended restaurants: New Flavour, Sun World Chinese Restaurant, Spicy House and Jolin Shanghai

Malaysian
Ever since Josh Emett brought Madam Woo onto the New Zealand dining scene, Malaysian cuisine has hit the mainstream, particularly the char kuey teow, laksa and of course, the almighty roti. Although Emett created a menu that covered a wide variety of Malaysian dishes, there’s still far more to be discovered. Butter prawns, for instance, is a dish that, while it sounds simple, is anything but. The prawns are doused in a buttery egg floss that adds a heavenly crunch upon the first bite and melts away like cotton candy. Not every restaurant serves this dish as it requires expert culinary skill to execute properly, so if you see it on the menu, don’t think twice before adding it to your order.
Recommended restaurants: Bunga Raya, Selera and Chef Rasa Sayang

Thai
Pad Thai and green curry — been there, done that too many times. Most of us are guilty of repeatedly ordering the same thing when it comes to Thai cuisine (and those two dishes never do us wrong) but there is a panoply of flavoursome options on most Thai menus that you likely have never tried. If you’re a fan of fish, the pla rad prik is an absolute must. It consists of a whole snapper that has been deep-fried to produce a golden, crispy exterior and has been topped with a traditional Thai sauce which finishes the dish with a complex, intriguing flavour. Managing to be hot, spicy, sour, tangy and sweet all at once, this dish takes the tastebuds on a journey and makes for the perfect pairing with fluffy, freshly-steamed jasmine rice.
Recommended restaurants: Red Elephant, Soho and Chom Na

Korean
Korean cuisine has been on the rise as of late, with restaurants such as Han showcasing the hands-on dining experience of traditional Korean BBQ and modern renditions of the classic bibimbap. However, Korean food is comprised of more than just charcoal meats and fermented delicacies like kimchi. Soups are a large component of Korean cuisine and are hearty, homely, filling and soulful. Take the samgyetang, for example, comprising a large stone bowl that contains a whole chicken infused in a ginseng broth. The soup sees the chicken fall apart effortlessly and reveal its stuffing which includes sticky rice, garlic and chestnuts. Although it’s served with a bowl of rice, this soup is just as tasty on its own.
Recommended restaurants: The Place, Totoya and Il Mee

Vietnamese
Although a heart-warming bowl of phở is irreplaceable, Vietnamese cuisine needs to be explored in its entirety. And while summer rolls, vermicelli noodle salads and bánh mì sandwiches have all probably been ticked off the list, it’s time for the bánh xèo to get some recognition. Think of this dish as a crispy Vietnamese omelette, the eggs have been slow-cooked to achieve heightened crispiness around their edges and encase a generous filling of sprouts, pork and shrimp. Bánh xèo is served with a side of lettuce which you use to wrap the omelette and dip into the heavenly nước chấm sauce.
Recommended restaurants: Try it Out, Viet Kitchen and Cafe Hung Viet

Japanese
Japanese food is arguably the most popular of all the Asian cuisines in Auckland. And while restaurants such as Azabu, Ebisu, ramen joints, yakitoris and countless sushi spots have seen Aucklanders become quite familiar with various Japanese foods, there’s always more to explore. Take Sukiyaki, for example. This delicacy strays from the usual freshness of Japanese sashimi but boasts the same lightness. It consists of a deep hot pot filled with an assortment of vegetables, thinly-shaved beef and a subtly sweet soy broth and is, in our opinion, the perfect winter-warming meal.
Recommended restaurants: Janken, Yuzu and Nishiki

Mexican
Despite our collective penchant for nachos and guacamole, Mexican food is another cuisine with a number of dishes that have yet to go mainstream. Take Cielito Lindo in Henderson, for example. This hidden gem serves a vegetarian taco that is unlike anything we have ever had before. Instead of just using beans and cheese, the folks at Cielito Lindo incorporate sautéed cactus into the tortilla wrap which, while we had never experienced it before, is actually quite common in Mexico. Elsewhere, Nanita’s Cocina Mexicana in Northcote serves authentic corn husk or banana leaf-wrapped tamales which are morsels that pack an immense amount of flavour in their juicy meat and vegetables.
Recommended restaurants: Cielito Lindo, Nanita’s Cocina Mexicana and Mexican Specialties