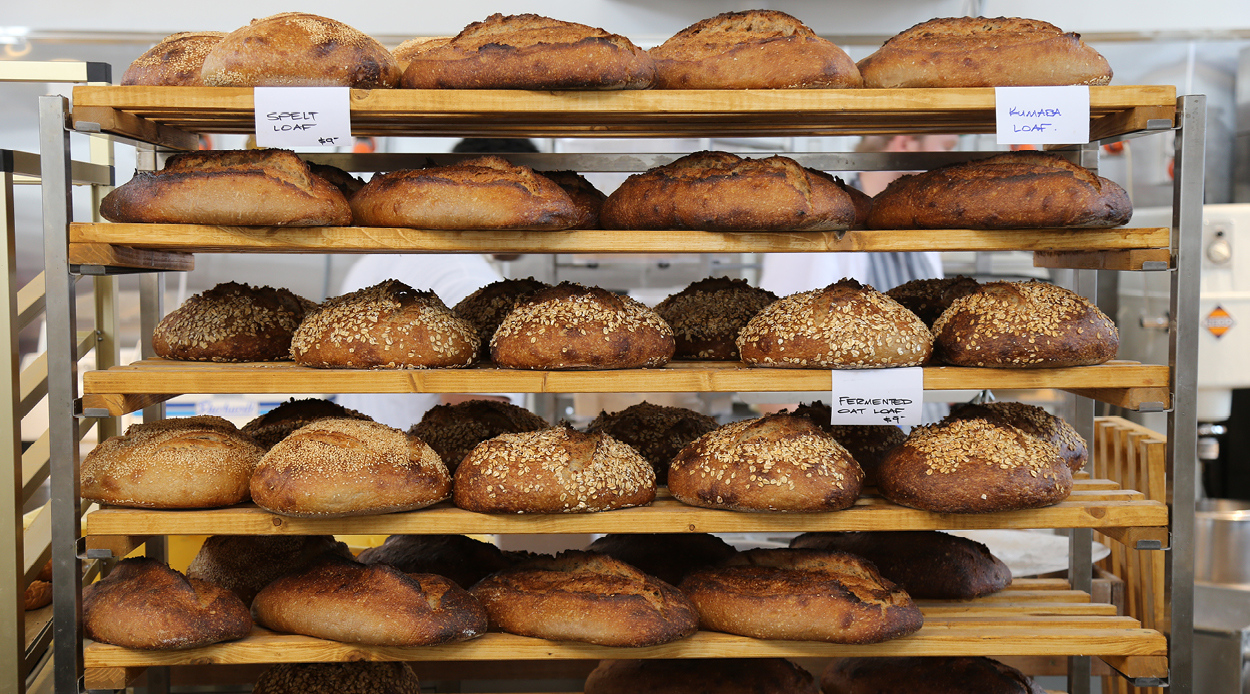 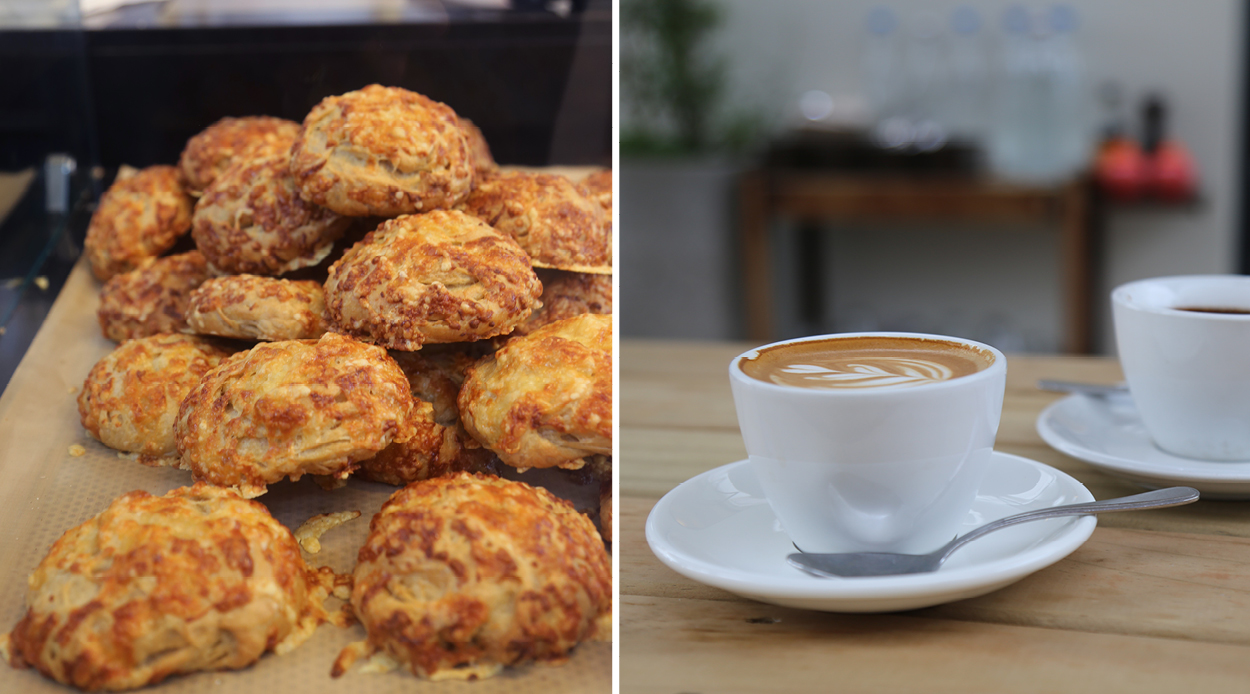 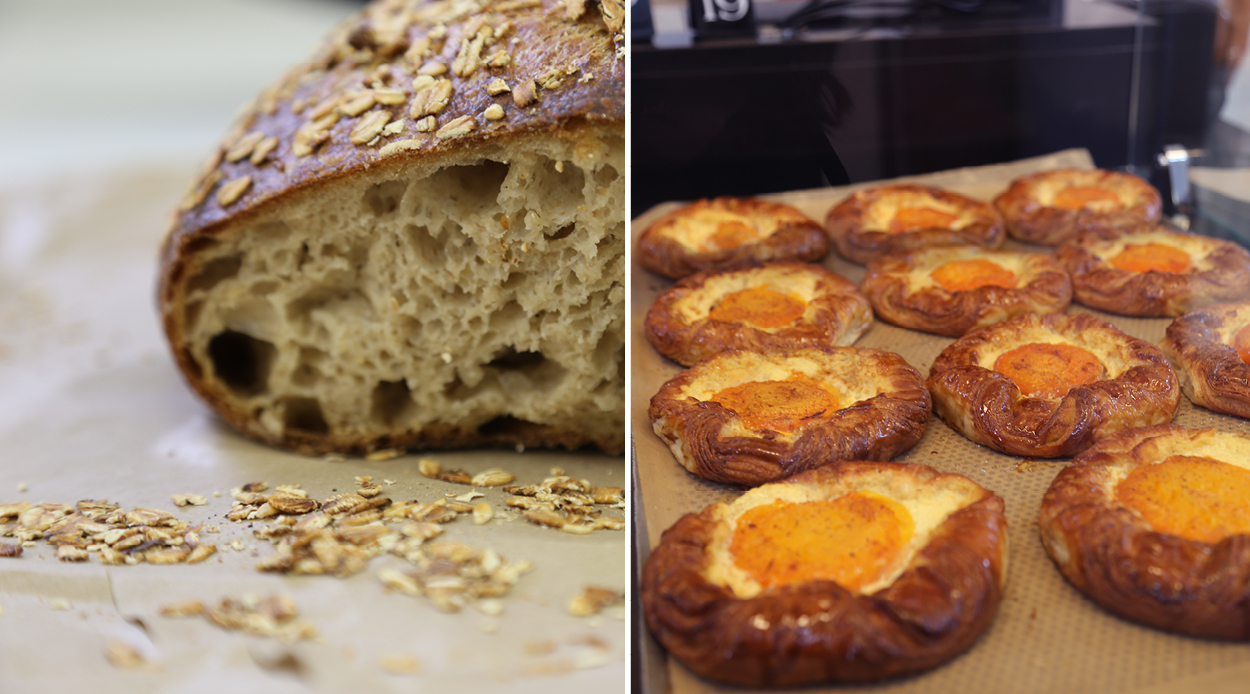 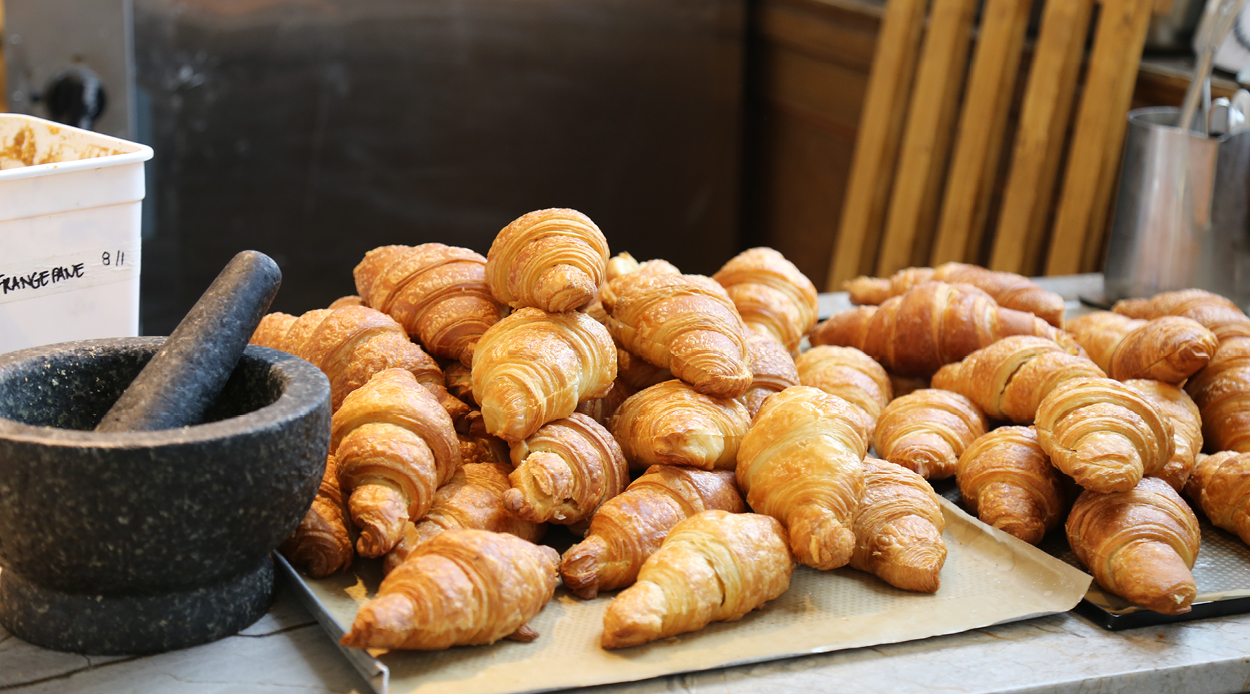 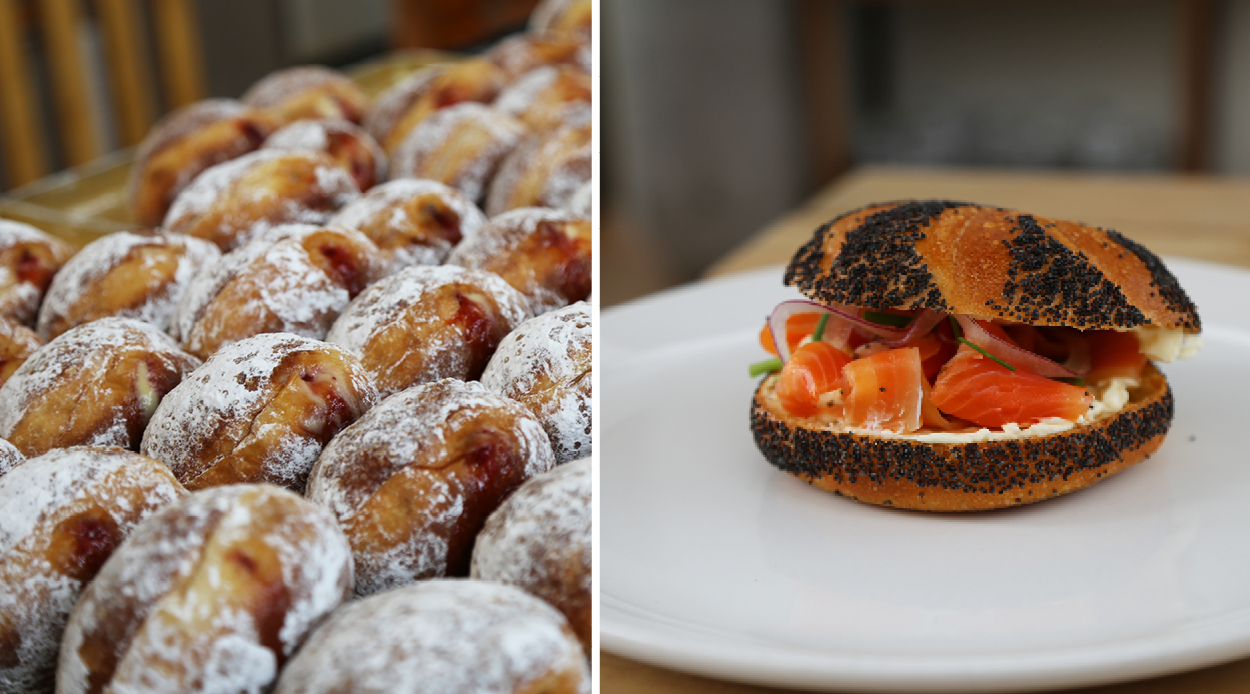 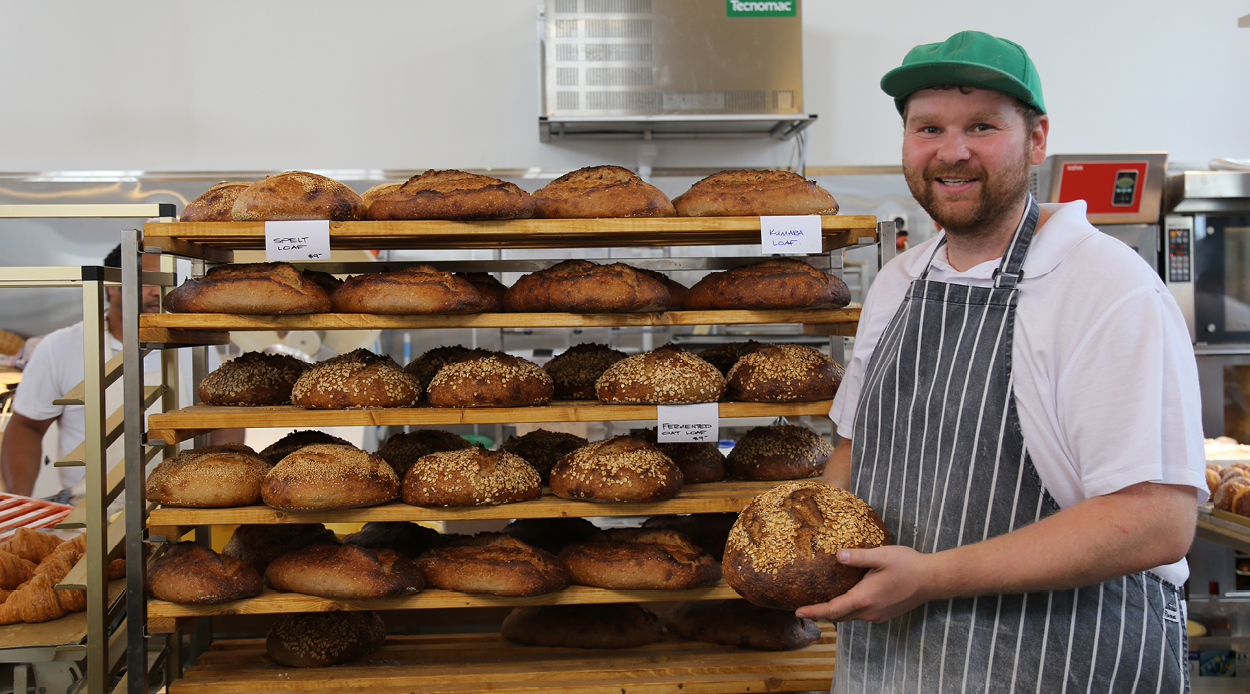 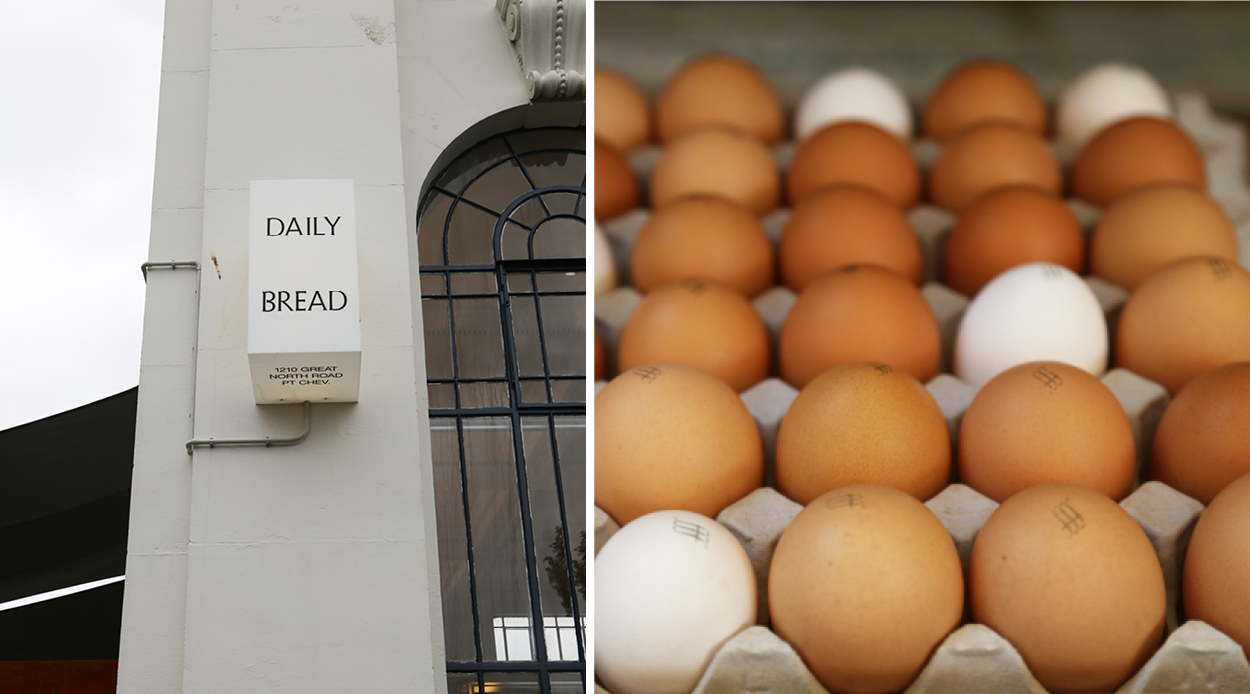 There are new openings, and then there are new openings that temporarily make Auckland lose its composure. Daily Bread falls into the latter. Envisioned by the boys behind Orphans Kitchen boys — Tom Hishon and Josh Helm — alongside a talented German baker, Patrick Welzenbach, it is an endeavour that is at once humble and impressive.

Set within an old bank building in Point Chev, it has already become the bakery du jour. It’s not fussy, more utilitarian — ‘no frills’ in a wholesome and charming way. The interior has been conceptualised by the team themselves in collaboration with Buxeda construction, holding on to most of the original cabinetry and other design details. However, they have subtly updated various features to make the space decidedly more contemporary, for example, the beautiful marble bench that governs the main space. The creators have instead focused more on transforming the outdoor area where you can sit under a temporary sail cover and devour and croissant and organic Supreme Coffee. Originally, there was no access to the side area from inside, so they have constructed some spectacular large steel and glass doors by which to access it.

Welzenbach — ex Bread and Butter — is the lead baker (a 22nd generation one at that!) who moved to New Zealand three years ago. Bread is in his blood, so you can rest assured that your dough is in expert hands. At Daily Bread, they importantly use no commercially dried yeast, opting instead for a 600-year-old sourdough starter (even the doughnuts and pastries) which results in a loaf that is easier to digest and fuller in flavour. In addition to the baked goods on display, the breakfast menu features classics including eggs and spelt soldiers with Orphans Kitchen’s famous homemade marmite, and salmon gravlax with horseradish cream cheese and dill on a poppyseed kaiser bun. They are also offering an all-day menu. If this isn’t enough, from 10am onwards, you are able to create your own sandwiches — select a bread, choose your preference of meat or fish, before topping off with a selection of veges, spreads and cheese.

Drawing Aucklanders in droves, it’s pretty clear that this is where we’ll be breaking our daily bread from now on.

Looking for where to buy flour, and the perfect sourdough recipe?