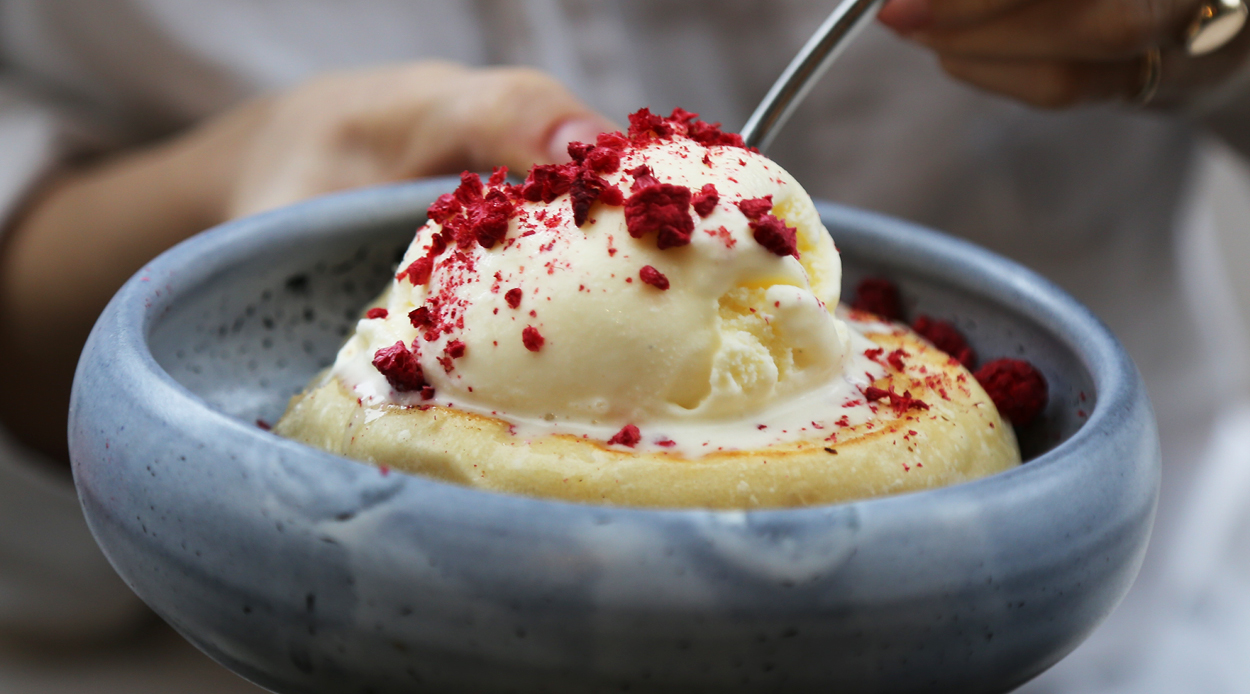 Hotteok from The Candy Shop

Everybody has a soft spot for pancakes. It may not be your breakfast of choice but it is a dish that nobody could dislike. A stack of fluffy, spongy and warm flat cakes drizzled with sweet maple syrup and melted butter — what’s not to love? However, the number of cafes serving our beloved pancakes is dwindling. And while waffles and brioche French toast seem to be on the rise, we have rounded up the cafes in Auckland that continue to pay pancakes the respect they deserve.

Griddle cakes from Federal Delicatessen
Renowned for its poutine and Reuben sandwich, The Fed’s brunch menu often gets overlooked, which is a damn shame when it features some of the eatery’s best dishes, including griddle cakes. The soft cakes are loaded with blueberries and topped with blueberry compote for extra juiciness. The game changer on these pancakes is the addition of butter infused with cinnamon and the sprinkle of strudel crunch for added texture and a nutty aroma.

Gluten-free pancakes from Ozone
The team at Ozone know their way around an anything-but-boring brunch, and while the cabinet usually has any number of delectable baked treats to satisfy a sweet craving, the dine-in menu’s pancakes are worth a try. The default batter is gluten free, and is presented under a cloud of creamy labneh topped with stewed local quince and topped with Fijian dark chocolate crumble for textural contrast.

Buttermilk pancakes and hotteok from The Candy Shop
If you’re seeking pure indulgence,  The Candy Shop’s buttermilk pancakes are for you. The plate is lined with sweet strawberry mascarpone and dollops of Nutella foam while the cakes themselves are garnished with coffee meringue, freeze-dried berries and candyfloss. And just when you think the decadence stops there, you’re given the option of adding a scoop of Duck Island ice cream and bacon. The Candy Shop also offers a Korean take on the breakfast staple with its hotteok. The batter is mixed with rice flour and slowly pan-fried for a crispy exterior while achieving a chewy texture inside. It’s filled with mixed seeds, nuts, brown sugar and cinnamon and served with a generous scoop of vanilla Duck Island.

20-minute pancakes from Domain & Ayr Cafe
The “good things take time,” is personified at this Parnell cafe. Staying true to their name, these pancakes require some patience but the end result makes it all worthwhile. Different from the usual stack we’re familiar with, this version is served as kind of pancake and soufflé hybrid making them light and as fluffy as a cloud.

Ricotta pancake from Honey Bones
Honey Bones may not serve the traditional tower of pancakes but it makes up for the lack of stack with a whole ricotta hotcake as thick as a whole sponge cake. Drenched in lemon curd and complemented with sweet, seasonal poached fruit, a large dollop of Greek yoghurt is also scooped on top to lend the hotcake some slightly-more-healthy creaminess.

Whole wheat pancakes from Kind
Situated in the popular Morningside precinct, Kind has built a reputation for itself as an eatery putting healthiness at the heart of its menu. You wouldn’t expect a nutritious cafe that features zero carb noodles and pulled jackfruit tacos to serve some of the tastiest pancakes in town but Kind has its pancake game down-pat. Its fluffy whole wheat cakes take inspiration from a comforting apple pie, accompanied by homely stewed apple, complemented with an apple cider caramel sauce, cinnamon and sprinkles of toasted pecans.

Coconut pancakes from Oak Eatery
With a batter that’s largely comprised of egg whites, Oak Eatery’s pancakes are like a tower of thick, plush clouds on your plate. Served with a side of cinnamon and vanilla-infused cream and slices of seasonal fruit to give the dish some natural sweetness, it’s a favourite amongst Royal Oak locals. The earl grey granola adds a floral-infused, crispy texture to the concoction, while coconut mascarpone adds even more creaminess.

Blueberry hotcake from Seabreeze
The friendly neighbourhood cafe has you sorted if a pancake craving strikes, offering a blueberry hotcake paired with mascarpone, banana, berries, and shaved chocolate. The perfect mix of healthy and decadent.