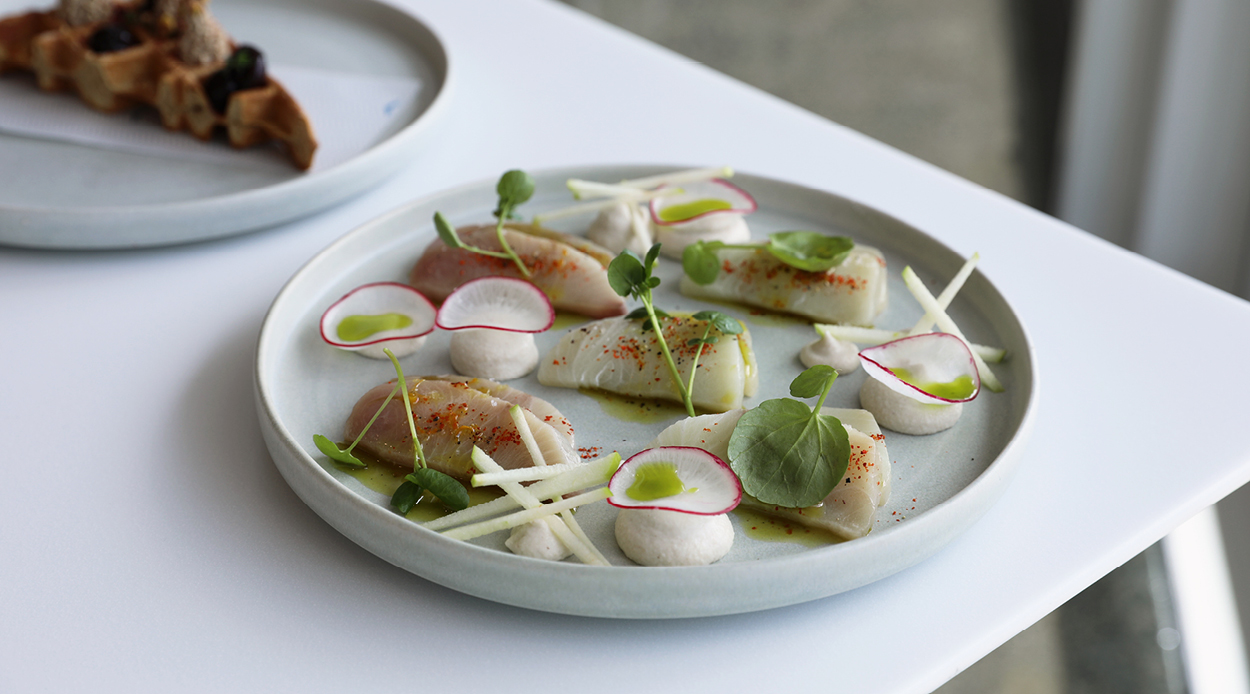 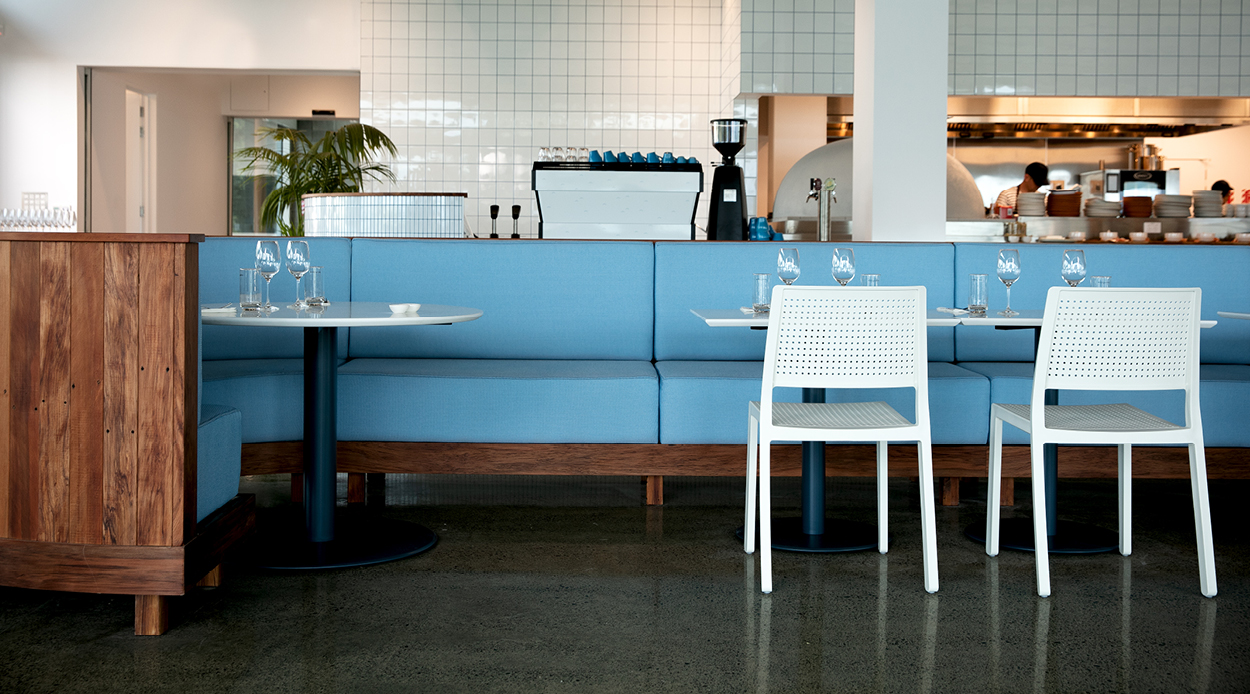 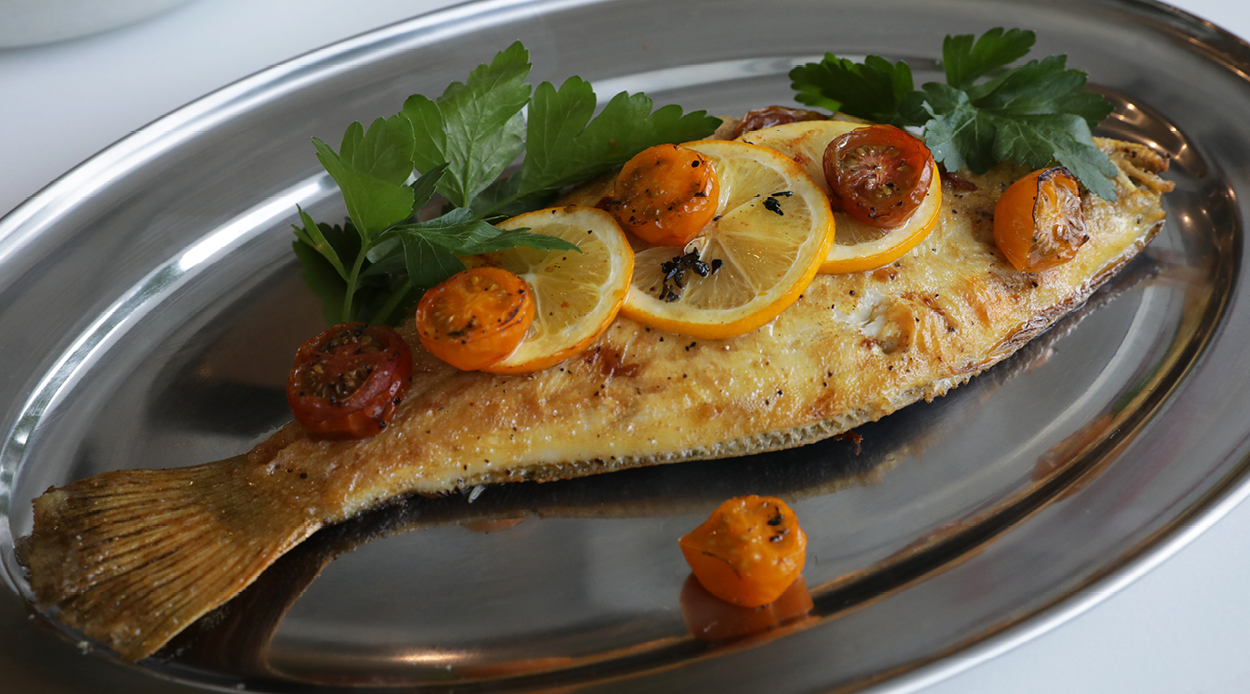 Renowned Auckland chef Nic Watt, Executive Chef of MASU in SkyCity, has taken his passion for the ocean and brought it to the waterfront location of Okahu Bay. As part of the development of the Hyundai Marine Sports Centre, Watt has partnered with Akarana Yacht Club to open a brand new restaurant called Akarana Eatery. This newly opened establishment is set to be more than just a place to dine, but a welcoming space for the community to come together.

Akarana Eatery seats a total of 153 patrons but still manages to feel spacious and open. The high ceilings and wide glass windows open up the restaurant, allowing diners to feel comfortable, and the space boasts a clean palette of ocean hues. In terms of the food offerings, Chef Watt has designed a seafood-skewed but not solely focused menu. As a “third-generation boatie,” Watt tells me, he likes to showcase his love for the harbour through his dishes.

The all-day eatery serves up breakfast, lunch and dinner, and the menu features elements which hit a sense of familiarity. The offerings are intriguing, too, as Watt adds his own spin to traditional dishes by pushing gastronomic boundaries, serving them in a way that many people haven’t come across before. This is exemplified in dishes such as the red snapper buffalo wings — a deep-fried fish wing that resonates with a classic fried chicken wing, but the juicy chicken is replaced with a tender fish that cuts like butter. The chicken liver pâté was also another unique experience. Served on a crispy rye waffle instead of a baguette, we especially liked the way the checkered pattern of the waffle acted as cases and borders for the thick and creamy pâté.

Growing up around the Waitemata Harbour since childhood, Chef Watt has always been surrounded by the freshest marine life, leading him to be a big fan of seafood. But it wasn’t until Watt began his ventures in kitchens overseas that he realised the premium quality of New Zealand seafood. During this time he would come back to New Zealand every now and then, after missing his mother’s home-cooking, especially her Yellowbelly flounder — a dish that’s now on the menu at Akarana. Be sure to not skip the tail of the fish, as Watt heavily salts it to achieve an unbelievable level of crispiness and flavour, it’s not to be missed.

Seafood is not the only cuisine you’ll find at Akarana. In fact, some of our favourite dishes didn’t feature anything from the ocean, such as the lamb shank pie. The dish saw a rich and saucy lamb with the bone retained, left peeking through the buttery pastry. Served with smashed peas and a side of gravy, this is a delicious meal of pure comfort. The wood-roasted cauliflower sports a dark colour, but don’t let that fool you into thinking that it’s burnt. Watt cooks them over seasonal wood, which is currently cherry, for a unique aroma and depth in flavour, while they boast a heavenly crackle that is followed by crunchy almonds and creamy garlic mayo. Before you make your way out, don’t forget to get a scoop of Kohu Road ice cream to end your experience on a sweet note, Watt’s favourite is the matcha green tea flavour.

Akarana Eatery officially opens its doors to the public on Saturday, 7th September and the folks at Akarana are making a day out of it. Face painters and a live band will be assisting the launch, setting the tone of an all-inclusive space for everyone to enjoy.