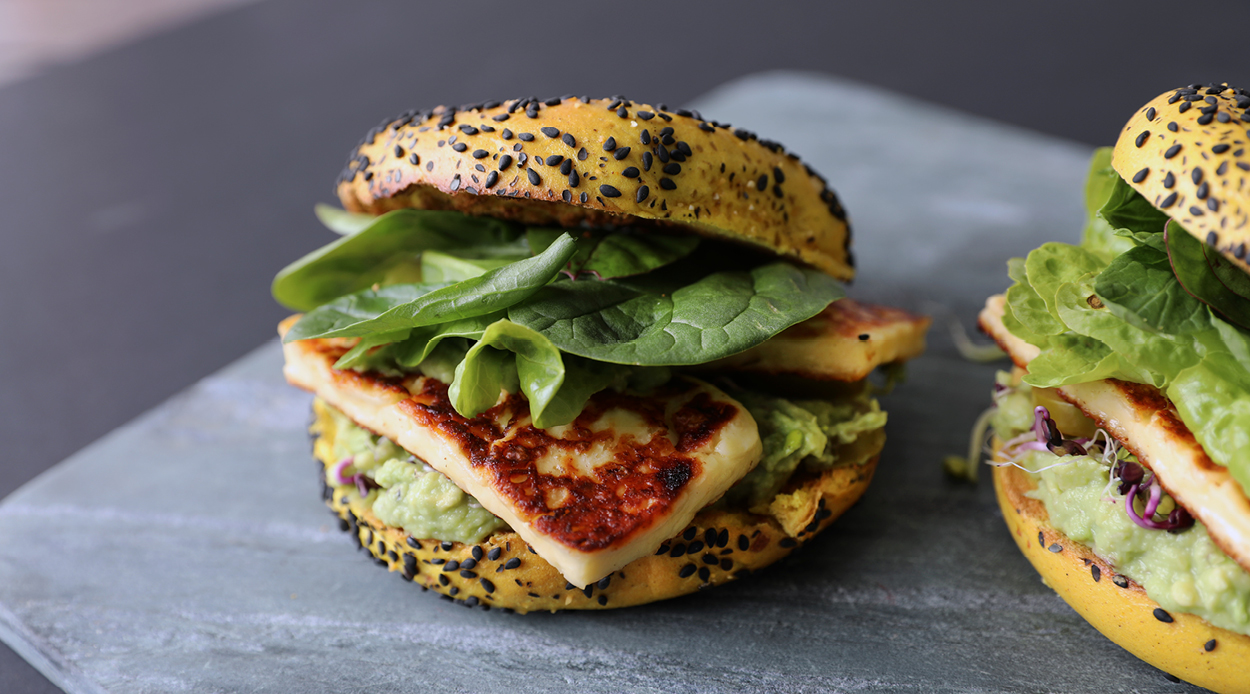 For over 20 years, Abe’s Bagels has been proving that its tasty, ring-shaped morsels are worthy of more than just a cursory slather of cream cheese. Inspired by the bagelries of Chicago and New York — where bagels come with a range of delicious accoutrements — Abe’s has been imbuing its bagels with creative flavours since day one. From parmesan-crusted to cinnamon and raisin, Abe’s range is vast and varied, so it was hardly surprising to hear that an entirely new flavour was about to burst onto the scene. Meet turmeric and black sesame.

Despite boasting the same fluffy, chewy texture that Abe’s is renowned for, this new flavour really stands out for its unique appearance — an eye-catching shade of yellow that is a result of the inclusion of turmeric in its recipe. Black sesame seeds coat the top half of the bagel, which, when toasted emit a tasty, almost-nutty flavour. And although the flavours are great when served with nothing more than a lick of butter, we’d recommend getting creative with fillings to really make the bagel shine.

Setting out to test the potential of this new flavour, we picked up a bag of Abe’s Turmeric and Black Sesame Bagels for lunch and used them to create the perfect midday meal. Recipe below.

Method:
1. Combine the avocado, jalapeños and micro herbs in a small food processor and blend until smooth.
2. Season the blended mixture with salt, pepper and lemon juice to your liking. Set aside.
3. Grill the halloumi in a hot pan until golden brown on both sides and heated through. Add a sprinkle of salt to the halloumi as it grills.
4. Split your bagel in half and pop both halves in the toaster.
5. To serve, spread the avocado on the bottom half of the bagel and sprinkle a handful of herbs before placing the halloumi on top. Finish with lettuce and put the top half of the bagel on to complete the dish. Devour.

This filled bagel is heavenly as the creaminess of the avocado contrasts with the turmeric, while enriching the salty halloumi. The jalapeños and herbs lend a freshness and the sesame seeds offer a crackle with each bite, elevating the crispy outer layer of the bagel. Try your hand at this simple, lunchtime recipe and thank Abe’s Bagels later.