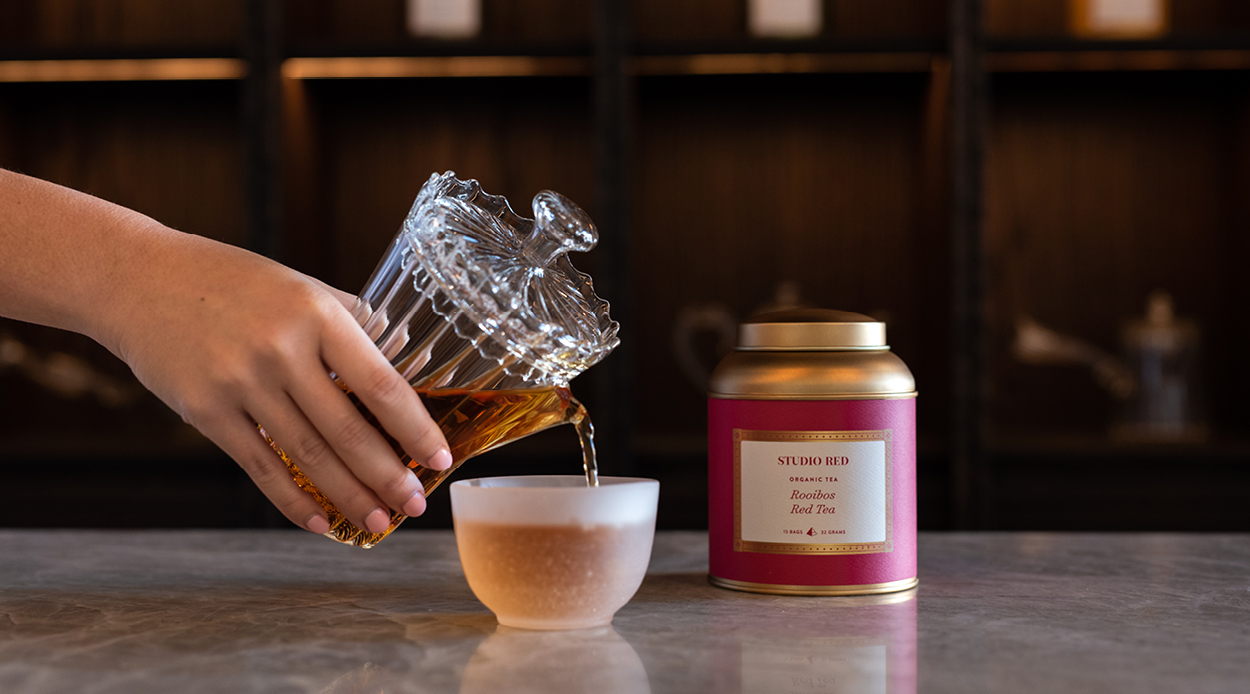 Whether you fancy yourself an Earl Grey devotee, a matcha fanatic, or a classic English Breakfast traditionalist, most will agree that there are fewer things in life that deliver the utter contentment derived from an expertly brewed cup of tea. It’s more than a beverage. Rather, it’s like an act of self-love, and that’s something that Vicky Cullinane, founder of renowned yoga and meditation studio Studio Red, is hoping to tap into with her new endeavour Studio Red Wellness. It’s very first product line, of course, is a carefully curated selection of delicious, organic teas.

Cullinane, having spent the last year training to become a tea sommelier in England, has used her vast wealth of tea knowledge to create a coveted range of organic teas that have been sourced from all corners of the globe. The selection comprises seven varieties — New Zealand Breakfast with Kawakawa; Earl Grey with Manuka Leaf; Green Tea; Rooibos Tea; Rose Petal and Vanilla; Lemon, Ginger, Lemongrass and Horopito and Peppermint and Kawakawa — all of which use a medley of quality, organic ingredients.

Alongside these seven plant-based teas, Cullinane is also bringing forth a range of rare teas, alongside a specially curated bespoke offering, available in either loose-leaf or biodegradable cornstarch tea bags. The packaging is equally as tempting as the tea itself, with each variation of the plant-based tea housed in an elegant, gilded tin that’s wrapped with a corresponding label in a soft, muted hue — each would make a glorious, ornamental addition to an open kitchen shelf (and are reusable, meaning that you can keep them in your kitchen evermore.)

It’s an exciting venture for Studio Red, but it’s only the beginning. While the specifics are still kept firmly under wraps, we do know that Vicky Cullinane has many products in store for Studio Red Wellness. As far as Cullinane’s own future is concerned, the wellness monarch plans to complete her tea masters at some point over the next year. Given the calibre of the teas she has produced already, we can only expect that this new journey will set the bar even higher — suffice to say, we’re waiting with bated breath to see what’s in store.