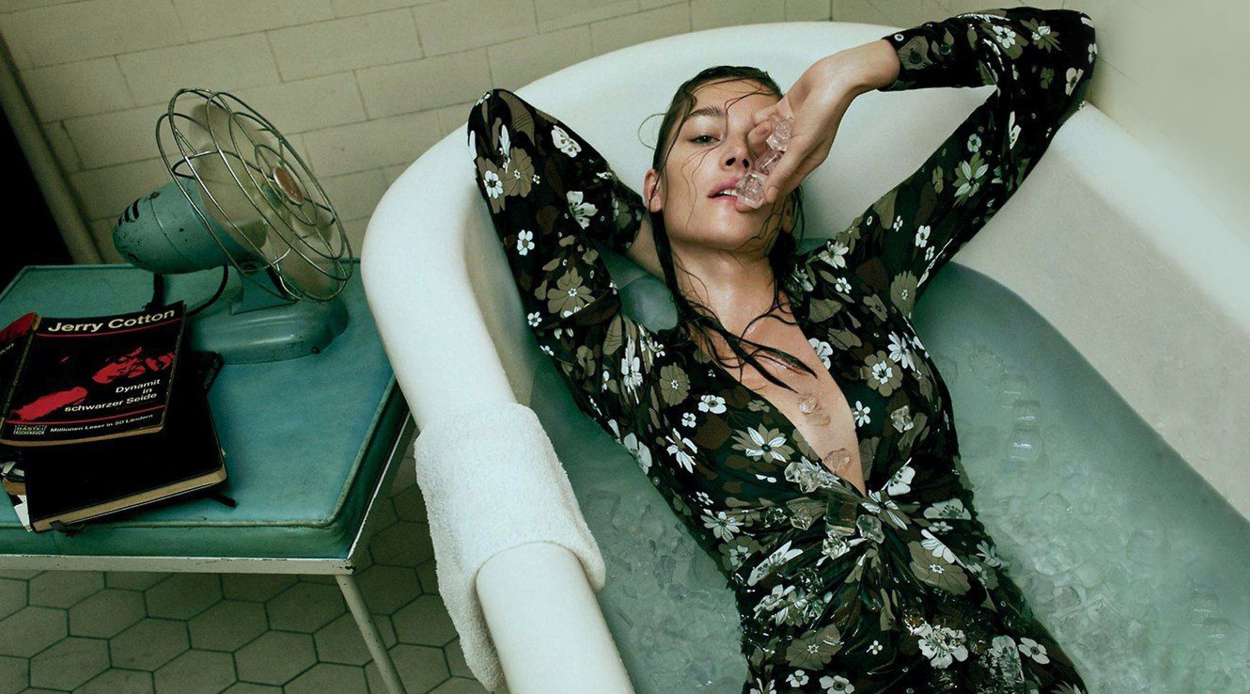 Last year, a video of actor Zac Efron began doing the rounds, and while it wasn’t related to his performance in Extremely Wicked, Shockingly Evil and Vile, it was still chilling nonetheless. It began with a shirtless Efron breathing heavily, his huffing and puffing interspersed with a series of self reassuring ‘okays,’ and ended as he ran outdoors, and lowered himself into a bathtub filled with ice water.

Ice bathing, a form of cold water therapy, has become a trend among high-profile celebrities. Funnyman Kevin Hart has even conducted an entire series of interviews in the tub, inviting the likes of Ronda Rousey, Blake Griffin and Floyd Mayweather to freeze off their nether regions in the name of comedy TV. But comedic value aside, Efron, Hart and a string of other household names are using their social prowess to highlight something rather important: ice baths are incredibly beneficial for our health, and not just for the reasons you might think.

Cold immersion isn’t exactly a new concept. Elite athletes have been reaping the benefits of thermometer-shattering temperatures for years, using ice baths post-training or post-match to help speed up recovery, mitigate inflammation and minimise muscle soreness. So why the extra attention now, you ask? It seems that a touch of frost, whether utilised by a weekend warrior or an established sportsman, can work wonders on our immune systems, our sleep quality and — perhaps most importantly — our mental state. The basic theory goes something like this: putting ourselves in a state of controlled discomfort and exposing our minds and bodies to small levels of stress can help them become stronger and more resilient. Basically, if we’re capable of sitting in an unbearably uncomfortable, tank of frozen hell for 15 minutes, then really, we’re capable of anything.

Wim Hof, a renowned Dutch extreme athlete, is a pioneer of cold therapy. He acquired the nickname ‘Iceman’ after his breathtaking feats withstanding extremely cold temperatures blew the minds of wellness aficionados everywhere. Feats which he attributes to his ‘Wim Hof Method’, a combination of meditation, regular cold exposure and breathing techniques. He asserts that this trio of training tactics, when harmonised in the correct way, can allow us to rewire our autonomic nervous system. He even goes as far as to say that we are capable of consciously controlling our immune systems in order to fight off diseases. Since Hof became a household name — due, in part, to his 20, mind-boggling Guinness World Records — so too did his method. Now, when the Dutch daredevil isn’t busy climbing Mount Kilimanjaro in nothing but a pair of knee-length shorts, or floating in a human-sized, ice-filled container for two hours at a time, he is teaching his Wim Hof Method all around the world.

“Wim’s method is one of many I use to help people understand what they are capable of,” explains Nigel Beach, a physiotherapist from Mount Maunganui who is just one of a small number of personally-trained, certified, Wim Hof Method instructors. He has gained fame for his cold therapy related workshops and events, alongside his groundbreaking work with some of the country’s top CEOs and athletes, including the Wallabies rugby team, NRL’s West Tigers and even the All Blacks. He explains that our “controlling of environmental conditions — via air conditioners, heat pumps, artificial lighting and an abundance of food — has conditioned us,” bringing about an unnatural lack of resilience when we are forced out of our comfort zones. Now, our bodies perceive non-dangerous stimuli as a threat, hence why we overreact to small aggressors like push notifications, bad traffic, petty arguments and work stress. It’s as though our bodies and minds have forgotten how strong they can be. This, according to Beach, can lead to all sorts of health issues, mental or otherwise. But just as our bodily systems can adapt to a less desirable state, he reassures, “they can revert back to a better one with proper instruction, training and practice.”

Indeed, it’s the proper training here that’s key. Cold immersion is a practice that should be built up over time, performed gradually, consistently, and never with force. Rather than recommending you dive headfirst into your tub with a bag of ice in tow, Beach suggests beginning the journey in the shower instead, gradually adding longer blasts of cold until you can withstand the chill from beginning to end. Even at this point, those yearning for a full ice bath immersion should seek out treatment from a certified Wim Hof Method instructor — the bathing process is a powerful intervention and, to the untrained, can cause the body to go into sympathetic shock. Fair warning though: preparation aside, submerging yourself in a vat of freezing water will never be a walk in the park.

“Your body is screaming at you” describes Jay Reeve, as he recounts his first experience “crouching like a ball” and dropping himself into a “slushy” filled bath, “saying, get me the f**k out of here, are you trying to kill me?!” It was just a few years ago when the radio host turned to the unlikely task of ice bathing. “I was on a bit of a mission to try new things that would make some deposits instead of withdrawals from the body,” he explains, “and so I started looking around, researching and listening to various podcasts that focused on low levels of investment for a solid return.” It was here that Reeve stumbled across a Wim Hof documentary and, inspired by his frozen feats of strength, turned to the guidance of Nigel Beach. “The first time I did it,” he recounts, “I slept a solid ten hours without moving once in my sleep, and woke up feeling amazing.” Since then, Reeve has spent more time focusing on his breathing, cold showering in the mornings and carrying out his ice plunge, once every two weeks. The result, he explains, is phenomenal. “I have never felt more sound in both body and mind. I have almost lost the ability to boil over into anger or sink into a space that is dark and lonely in my head, and everyone — from sports stars to my parents — have had the same results.”

It seems like ice bathing really is worth its wellness salt, and yet, if we are to truly reap the benefits of the process, there is still far more research that needs to be done. That being said, Beach, in partnership with the University of Waikato, is currently putting together a clinical trial that will study the effects of the Wim Hof Method on females with endometriosis. There has been a flurry of reports claiming that cold immersion alleviates symptoms for women suffering this condition, and with Beach’s initiative, we may be able to find a simple solution that is available to any and all. A stronger immune system, mental clarity, and symptom relief for one of the most common female conditions. Now, that’s something worth freezing our nether-regions off for.