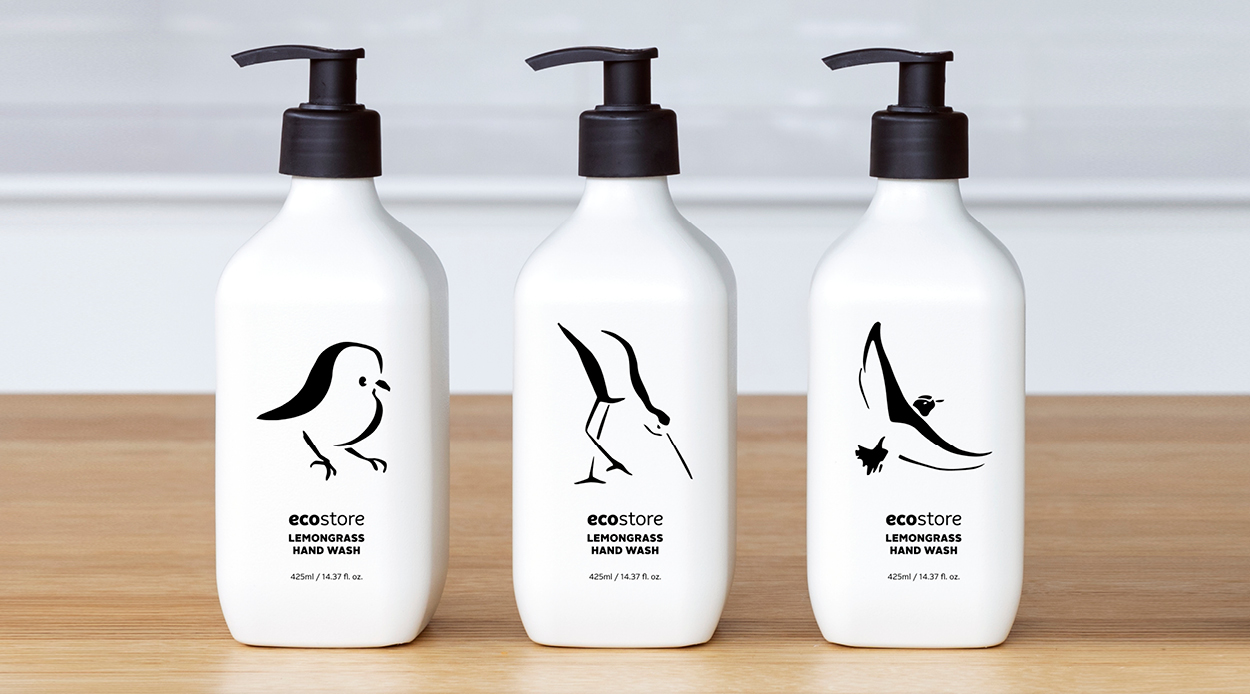 It’s not possible to wash our hands of the plight that New Zealand’s native birds are facing. According to Forest & Bird, around 80 percent of our native bird population are in trouble and some are at risk of extinction. That’s why, this October, Ecostore has released a range of Limited Edition Hand Washes, with 50 cents from the sale of each bottle to be donated to Forest & Bird.

Ecostore is intent on raising awareness for Aotearoa’s ‘underbirds’. Lesser known to the public, each species of these birds only has a remaining population of less than 250. First up, there’s the Kakaruia, or Chatham Island Black Robin. Very vulnerable to predators, Kakaruia live in dense forest on just two pest-free islands in the Chathams and were nearly wiped out when their population fell to just 5. Now, there are roughly 250, and this number needs to grow.

The Kakī, or Black Stilt, is an even more endangered bird with only 100 left. It’s an elegant bird, recognised by its long red legs and fine, pointed black bill, and lives in the central South Island. The plucky Tuturuatu, Shore Plover, is one of the world’s rarest shorebirds with less than 175 adults living on a few predator-free islands in the Chathams and the mainland.

Each one of these special birds has been artfully rendered by Ecostore’s Group CEO and adroit illustrator Pablo Kraus on the bottles of the Limited Edition Hand Washes. “We’re proud to use our voice to raise awareness of the decline of our precious native species,” says Kraus. “By supporting Forest & Bird in their conservation efforts, we’re keen to inspire Kiwis to protect and restore Aotearoa’s wildlife and wild places.”

Further raising awareness of the threats facing these animals, Ecostore will run a fun bird personality quiz on social media to help people determine which ‘underbird’ their personality most represents, while encouraging people to vote for their favourite bird in Forest & Bird’s New Zealand Bird of the Year 2021 (Te Manu Rongonui o Te Tau) campaign — opening on October 18.

Heartbreakingly, an estimated 72,000 native birds, chicks, and eggs are killed every day by introduced predators. Donations from Ecostore’s Limited Edition Hand Wash will help Forest & Bird carry out greater predator control from rats, stoats, and possums. While Ecostore’s products and packaging already does good for people and the planet, it’s certainly one-upping itself with this initiative.

Follow @ecostore for more on its involvement with Bird of the Year, and visit www.birdoftheyear.org.nz to vote in the 2021 campaign.