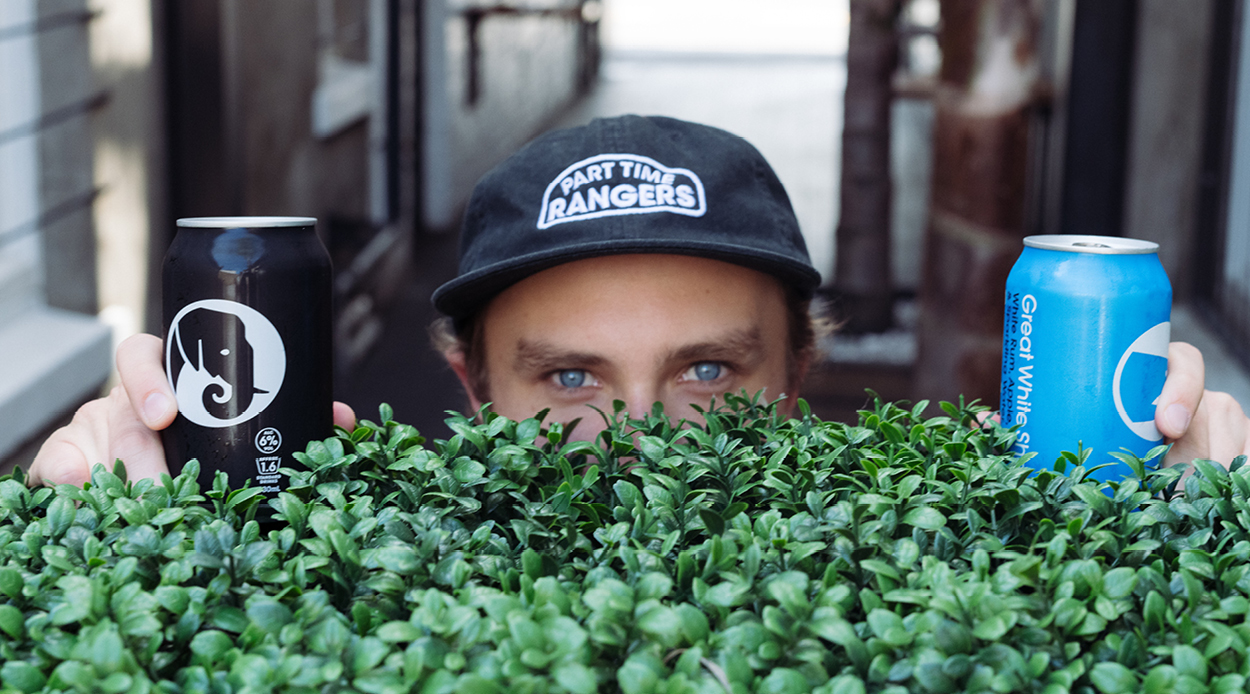 Brothers Oliver, 24, and William Deane, 21, can attribute the success of their premixed alcoholic beverage company, Part Time Rangers, to a number of things: business acumen, youthful risk-taking and, perhaps above all else, compassion and kindness.

Last summer my friend handed me an RTD, which I naturally rejected. In my opinion, RTDs are a sure fire recipe for dehydration and disaster the following morning. She pointed to the label on the box, which read “less than 1g of sugar.” I grew curious. The packaging also stated “10%,” representing the percentage of profit donated to global animal conservation initiatives. I took a modest sip, was pleasantly surprised at the freshness and claimed the can as mine.

As the summer went by, clutching a can with the white rhino became commonplace at parties. Part Time Rangers landed a partnership with music festival Rhythm & Vines, knocking out its previous beverage partner of almost a decade. In spring 2019 alone they raised more than $25,000 in donations, which would provide 1,000 metres of elephant-proof fencing and the removal of 15,000 litres of rubbish from New Zealand’s coastlines. In addition they signed a $70,000 pledge to relocate the 100th rhino, along with launching Shark Watch, a group that preserves marine life and ocean sustainability.

What may seem like a swift road to success dates back five years, when the brothers went on a trip to Ethiopia as a part of one of the many humanitarian projects operated by their parents. After some emotionally intense weeks volunteering at schools, Oliver, William and their two older brothers, went on a safari in Tanzania — the Deane family’s idea of a stress-relieving holiday.

“All of us loved rhinos as kids, and we were really looking forward to seeing them in the flesh,” Oliver, says. However, during the two weeks, the family only saw one rhinoceros. “Our driver, who was an ex-ranger, explained that there was a huge poaching crisis across the entire continent of Africa.”

Fast forward to 2017, and the youngest Deane, William, was set to begin his studies at Wellington’s Victoria University. Before hitting the books, he was preparing for the rituals and traditions of university culture, from toga parties to joining his older brother, Oliver for Re-O-week in Dunedin. “I grew tired of sugary drinks and the bloating from all the beers, so I found this drink recipe online which was just gin, lemon and water and I drank just that for the entire week.”

Hangover-free and with waistlines still intact, the brothers quickly took a liking to the concoction, and after “one of those conversations after a couple of drinks,” they suggested starting a company together. Like most of these conversations, it was forgotten the following morning, or so they thought.

William returned to Wellington to begin his International Business and Marketing degree, while Oliver was completing his final year of Marketing and Human Geography. One of William’s assignments required him to write a business plan and he decided to weave legitimate commercial ideas into that almost-forgotten conversation about a business start up. Meanwhile, Dunedin-based Oliver was given a case study to improve a beverage business. “One of my ideas was to have different beers to support different charities within New Zealand. It was as if we had each other’s
missing pieces.”

The brothers knew they had a great idea, but with no assets, the next stage was to find funding. They pitched their business plan to BNZ for a loan where the bank demanded to see cash flow, a more elaborate business plan and a separate marketing plan, to which the brothers responded with one word — “What?”

Oliver and William sought advice from various industry professionals and were introduced to Dave Anderson by their father. The former Head of Finance at Goodman Fielder, and CFO of Icebreaker, has witnessed the growth of businesses from start-up stage to empire-level. He is currently Part Time Rangers’ official mentor, and according to Oliver and William, the most valuable asset to the business.

Anderson was crucial to gaining their initial $50,000 loan. “People who think that they know everything, they’re just not going to get anywhere,” Oliver says. “You have to always be open to receiving advice, even if you’re not going to take action on it, as you’re never going to know everything.”

Social media, however, was an area within the brothers’ complete control, “We post online as ourselves, how we talk. It’s how we communicate with our market and we will never give that up,” Oliver says. “With marketing and society, it is constantly changing. You’re working with people who were and still are very smart people and did well in marketing maybe over a decade ago. But the culture and strategy is so fast-moving, we don’t know if their knowledge even applies anymore.”

So which advice qualifies as ‘gems’. “Sometimes, all you can do is trust your gut, which sounds cliché, but it’s true,” Oliver says. He recalls an encounter before launching Part Time Rangers, “I won’t name names, but he was someone quite high-up in the drinks industry. He said it was a terrible idea and not to go through with it. He finished by telling us that the bigger alcohol companies were going to ruin us, take us out, that we’re too small, that we’ve got no money — all those things were right, except for the fact that he didn’t understand the brand proposition, the changing market and consumer demands, and how they wanted not only healthier alternatives, but also to give back to the world.”

So is a social cause a key driver for success in this new age of entrepreneurship? While the brothers admit it’s an increasing trend, they don’t think it’s necessary, “unless it’s genuinely something you’re passionate about.” That passion has kept the brothers going. “Imagine this,” William says. “You’re driving around town in an old Subaru Legacy for your first production run, with a boot full of White Rhinos, getting told to piss off by one person after the other. Then one kind human lets you in, and now you have the pressure to prove yourself. Once you’ve proven yourself to one, that one snowballs into hundreds.”

Oliver picks up the thread. “When you start a business, everything goes back into the business. Seriously, you don’t see much in return until you’re an established business down the line.” Success isn’t reflected in numbers for the brothers, well at least not yet. “I’ll tell you what the benefits are; you have a whole lot of fun, you learn a lot and we get to work with some of the coolest charities in the world. That, alone, is one of the coolest things to do.”

As of now, the brothers are enjoying their youth, and being child-and-mortgage-free, at a time in their lives where they can take risks and be spirited in more ways than one. When I ask the brothers about their future plans, Oliver responds, “Our plan is to be open and flexible. If you have a three-year plan, you’re f-cked. Shit changes every two months and you have to adapt to change.”

The brothers share some final words of advice for other young and hopeful entrepreneurs. “You’re young, why not give it a crack? If you screw it up, you don’t have anyone relying on you and there’s not much to lose. What’s the worst that could happen? If it doesn’t work out well, you just go out and find another job.” It’s an honest and refreshing reminder that youth itself can offer as much of an advantage as experience. Part Time Rangers, full time enthusiasts.