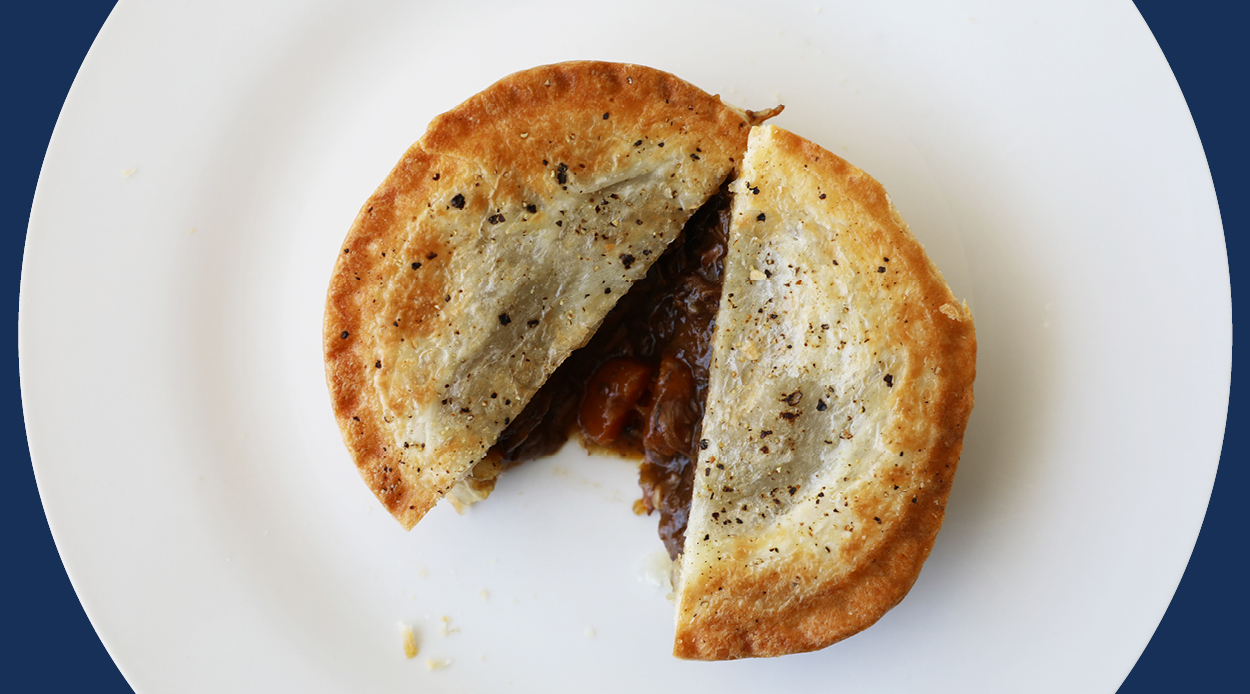 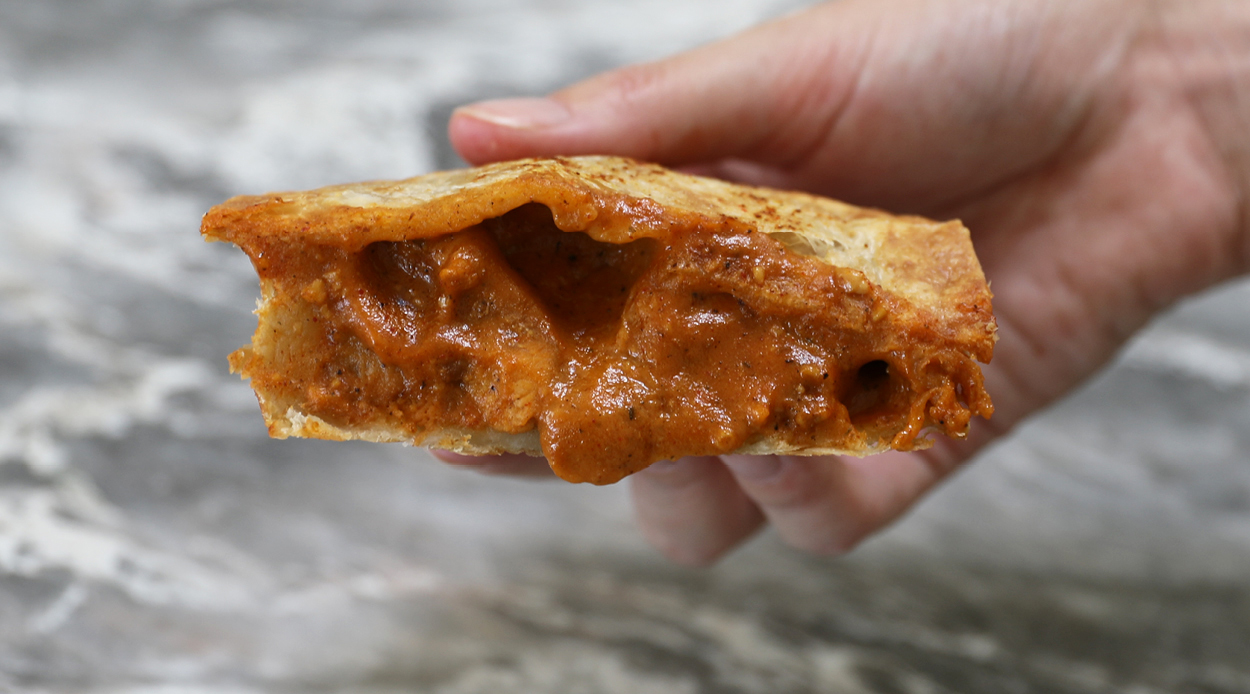 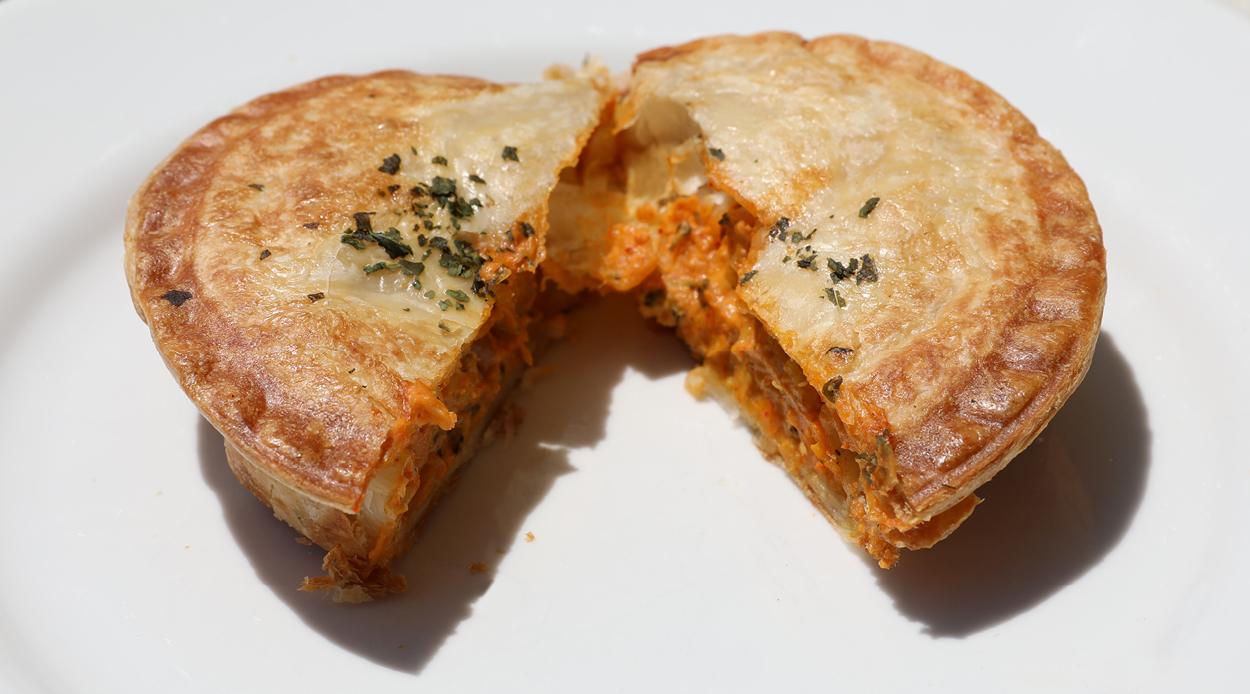 It was over lockdown that friends Ollie Morrison and Logan Stevens embarked on a food experiment by combining some of their favourite things — soft, buttery roti paratha and South Asian flavours with the classic Kiwi pie. The result? A happy hybrid that looks like a pie but is packed with a whole lot more flavour.

The duo decided to take their roti pies to the world, and under the name Roti Bros, started cultivating a fast following as one of Auckland’s must-visit food stalls.

The line-up of Roti Bros’ pies comprises three main fillings that take cues from the traditional flavours of India, Thailand and Malaysia respectively. The Thai Beef Cheek pie is a delicious and bold combination of sweet, salty and sour, while the Butter Chicken pie offers the same kind of indulgent, aromatic character as the traditional curry we all know and love. Rounding out the trio, the Satay Panang pie is rich and creamy (with a hint of nuttiness) and is entirely vegan-friendly.

Alongside the core flavours, Roti Bros will occasionally offer up limited-edition pies as well — most recently a Chicken Tikka Masala iteration and a Lamb Mince Curry pie which they created in collaboration with Satya.

Having done the rounds at a number of pop-ups and markets in Auckland, Roti Bros is currently setting up regularly at Parnell’s La Cigale every Saturday morning from 8am until 2pm. But you best get in quick — pies as tasty as these tend to sell out fast.