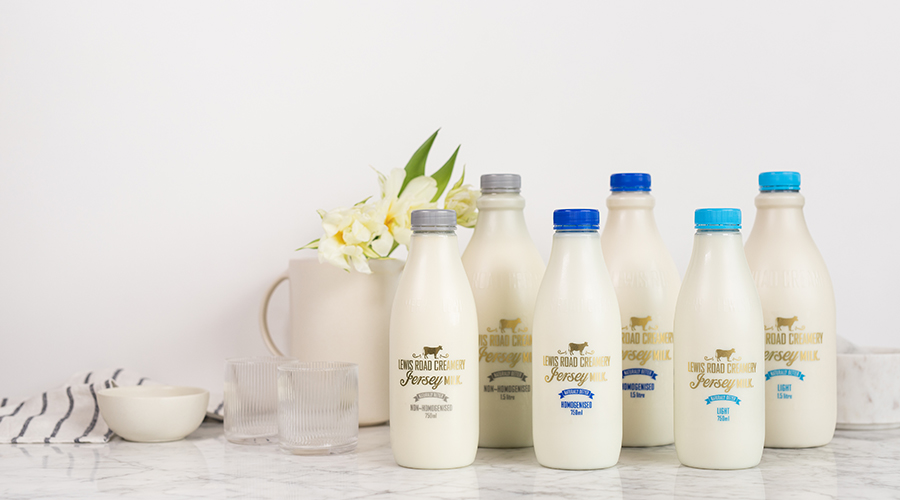 Milk, what was once a simple dairy product known primarily for its ability to ameliorate cereal or tea, has since found itself at the centre of a pretty ferocious debate. And now, with several conflicting arguments around the product’s ethics and health benefits, alongside spades of new varieties and brands on the market, most of us are left questioning which milk we should really be using.

Purveyors of all things dairy, Lewis Road Creamery, is making a case for a lesser-known varietal with its delicious new offering: a fresh range of premium, white Jersey Milks. Sourced solely from Jersey cows, the new range champions finer milk that is making a name for itself as a healthier and tastier alternative to the regular, and with a raft of benefits, here’s why you should be making the switch.

It tastes nicer
Jersey cows produce a milk that is higher in butterfat and milk solids than the average, making it much creamier with a deliciously rich, full-bodied taste.

Naturally better
The milk of Jersey cows is naturally higher in calcium and protein than other varietals. Also, Jersey cows are more likely to carry the A2 beta-casein protein, as opposed to the A1 found in more common breeds.

It skips the nasties
Lewis Road Creamery’s Jersey Milk is completely free of permeate — a lactose-rich by-product which is created when milk is processed — and PKE (palm kernel expeller), a by-product of the destructive palm oil industry, which is used by some farmers to supplement feed.

It leaves a smaller carbon footprint
Jersey cows are the most sustainable of the common breeds and are far kinder to the environment. They produce more milk than other types — due in part to them reaching maturity earlier than other breeds — which means fewer cows are needed. In addition to this, the Lewis Road milk range is bottled in the company’s award-winning rPET bottles, which are made entirely from 100 per cent recycled plastic.