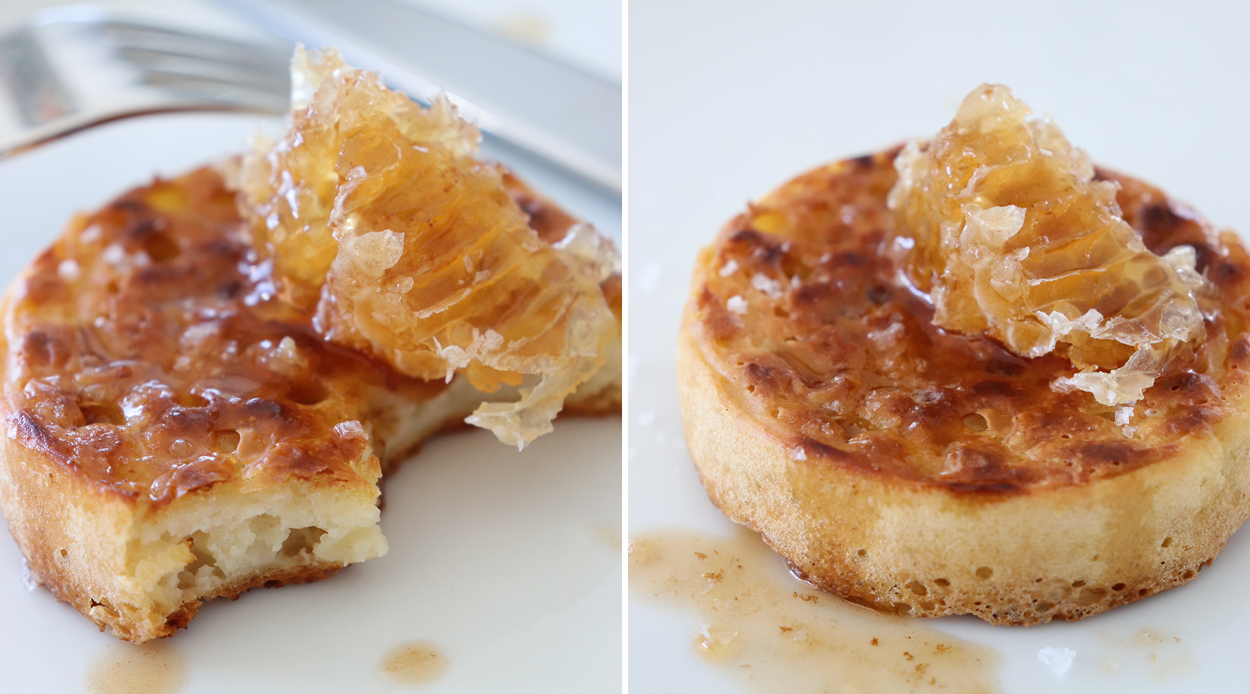 The difference between homemade crumpets and those out of a packet is like night and day, and you won’t regret putting in a bit of extra effort to whip them up yourself. Liv Glazebrook from Kitchen of Treats shares this excellent crumpet recipe — topped with browned butter, honey and a sprinkle of sea salt, it makes for the perfect weekend treat.

Method:
1. Gently warm the milk in a small bowl in the microwave. Add 100ml of lukewarm water to the milk and then dissolve the yeast and sugar. Leave in a warm place for 15 minutes, or until bubbly.
2. Sift the flour, baking soda and salt into a large bowl. Make a well in the centre and pour in the yeast mixture.
3. Whisk from the centre outwards until smooth.
4. Cover with a damp tea towel and set aside for 45 minutes or until little bubbles form on the surface.
5. Oil the inside of the egg rings and lightly oil a skillet or cast iron pan. Arrange the rings in the frying pan and heat the pan and rings over medium-heat.
6. Once hot, spoon batter into each ring (until about ¾ full). Cook for 5 minutes, or until little bubbles/pores appear on the surface.
7. Once the bubbles have burst, leaving little holes, use tongs to carefully lift off the rings and flip over the crumpets, then cook for 1 minute on the other side. Re-grease and reheat the rings and pan before cooking the next batch.
8. Serve the crumpets warm, drizzle with browned butter, honey and flaky sea salt.

Where to find Auckland’s most scrumptious crumpets

The fudgiest brownies you’ll ever make in your life