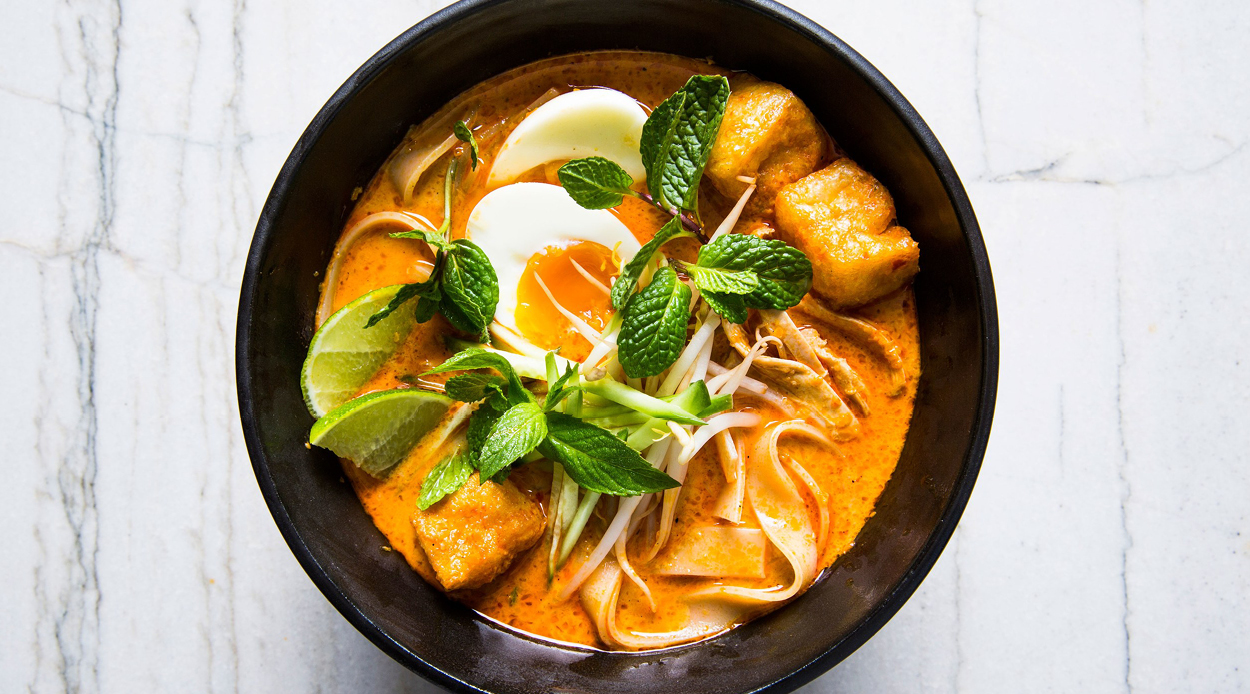 When it comes to international cuisines, Malaysian food has found its place in Auckland’s dining scene, simply because it’s absolutely delicious. From soulful bowls of laksa, rich beef rendang and the flakey roti which goes with anything it’s paired with, the options are endless. The popularity of Malaysian cuisine is obvious from the abundance of Malaysian restaurants around town, each having their own speciality dish that they’re renowned for. This guide will tell you not only our top Malaysian restaurants in Auckland but the must-try dish to ensure you get the best experience.

Uncle Man’s — Karangahape Road
Throughout the years, Uncle Man’s has grown into an empire with three different branches opening around Auckland. But it’s the OG on K’Road that started it all for Uncle Man’s, earning it a reputation for making the best roti this city has ever seen. Finding authentic, handmade roti is far more rare than one may think as the process of making the flakey delight that we all know and love takes time and skill. The workers at Uncle Man’s stand at the front of , tossing and rolling while patrons marvel at how a small piece of dough can transform into a multilayered work of culinary art. The roti canai comes with not one, but two pieces of freshly made roti and we recommend you get a side of chicken curry as Uncle Man’s don’t hold back when in comes to chunks of juicy meat.

Sri Pinang — Karangahape
across the road from Uncle Man’s is another outstanding Malaysian restaurant — Sri Pinang. From the lovely owner, Angie, to the low corkage fee to the beautiful food, there is no reason to dislike this Sri Pinang. Angie either stays behind after service or clocks in extra early to roll the roti dough which slightly differs from Uncle Man’s as it is more flakey than fluffy. Which is better comes down to a matter of personal preference. Other than the roti, Sri Pinang shines a light on an understated dish that originated in Indonesia but is widely popular in Malaysia — . Translating to “,” the plate consists of a mix of boiled vegetables and Sri Pinang executes this perfectly with vegetables that retain a slight crunch and are topped with a salty peanut gravy sauce which has a nutty aroma and thick texture.

Bunga Raya — New
the moment you step foot into the doors of Bunga Raya, you know you’re in for an experience. Rita greets you as if you are her best friend and insists you call her ‘aunty,’ which is very common in Malaysian culture. This New Lynn restaurant is bustling with customers no matter what day it is, so we recommend you plan ahead and make a reservation. Picking a star dish at Bunga Raya is not an easy task as they are all truly spectacular but if we had to choose, the Hainanese chicken on rice is a show stopper. The chicken has been poached to retain all its juices and is doused in chopped garlic and a light ginger soy sauce. The rice is fragrant and flavourful as it has been cooked in chicken stock and garlic which tastes heavenly when paired with the chicken that has been finished in the housemade chilli sauce.

Selera — Newmarket
Finding a good bowl of curry laksa in Auckland is a lot more challenging than you might think. The noodles have to be soft yet chewy, the soup has to be creamy but not too thick and the flavours have to be well balanced — not too heavy on the coconut and not too sweet. The Laksa at Selera in Newmarket manages to achieve all of the above. The noodles soak up the soup and thicken as you slurp your way through the dish. The seafood consists of a range of different fish cakes and prawns and the flavours have just the right amount of sweetness and spice as well as strong notes of garlic, ginger and lemongrass. For just $16, you get a bowl big enough to feed two but we suggest you get your own because you’ll be surprised at how easily you can down something when it tastes this good.

Cafe — Greenlane
Noodles in Malaysian cuisine don’t just stop at laksa. The other two most popular noodle dishes feature stir-fried, the infamous mee goreng and char kway teow. Mamarich in Greenlane does a splendid job at cooking both these dishes in true, authentic Malaysian style. The mee goreng boasts chewy egg noodles and a sweeter flavour whereas the char kway teow features flat rice noodles that are soft and have a smokey and charred flavour. The Greenlane gem has become the go-to Malaysian spot for locals and one bite will explain why.

Sim’s Kitchen — Hillsborough
Situated in Hillsborough, this restaurant is known for serving purely authentic Malaysian food without frills. Sim’s Kitchen is a favourite among Malaysian families in Auckland as its flavours are apparently the most accurate representation of those found on the streets of Malaysia. Although the location of Sim’s is quite far from central Auckland, the nasi lemak is worth the drive. Every element of the dish including the coconut rice, the sambal sauce, the crispy anchovies and the peanuts has its own distinct flavour and all work in perfect harmony. Combined with some chicken curry, it’s an orgy of flavours that you won’t find anywhere else.