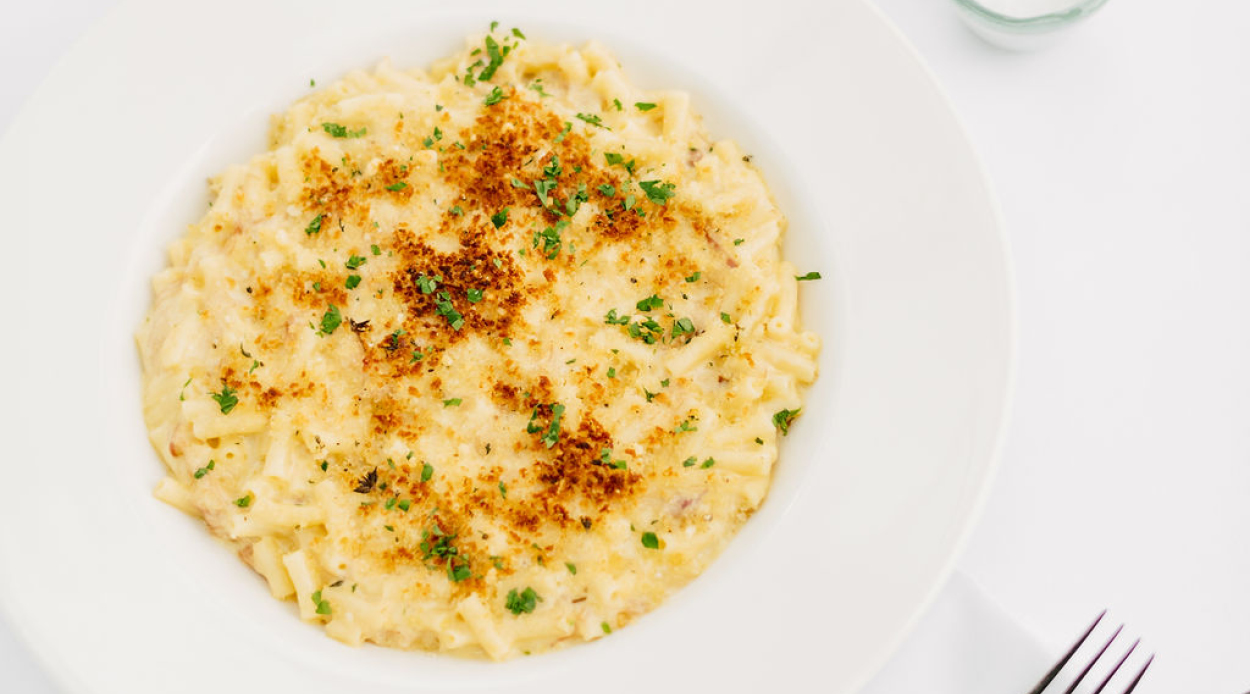 Craving comfort food? When a hankering strikes, our attention inevitably turns to the king of cosy dishes — macaroni cheese. Gold in a bowl, a good mac ‘n’ cheese errs on the side of simplicity, relying on quality ingredients and expert technique to create a dish that’s so easy to get wrong, but phenomenal when it’s done right. From humble to haute, these are the best mac ‘n’ cheese dishes in Auckland.

Ham and parmesan mac ‘n’ cheese from Soul Bar & Bistro
An uproar would surely ensue if Soul’s mac ‘n’ cheese were to disappear from the menu, which is exactly why it’s tucked safely into the ‘Soul Classics’ section of the menu. A cheesy icon, Soul’s version is sprinkled with tender chunks of ham off the bone and finished with a parmesan crust. Vegetarians can opt to enjoy it without ham — we can guarantee it’s an equally delicious affair.

Bacon, chilli and fontina mac ‘n’ cheese from Andiamo
Herne Bay favourite Andiamo has long been a champion of mac ‘n’ cheese — a dish that has appeared on its menu since it re-opened in 2018. Packed with bacon bits and spiced with chilli to add a kick that cuts through the richness of the sauce, it’s topped with fontina cheese instead of the usual cheddar for a nuttier and more herbaceous flavour.

Skillet mac ‘n’ cheese from The Crab Shack
Come for the seafood, stay for the mac ‘n’ cheese. While The Crab Shack is famous for its super fresh crab buckets, moreish prawn rolls and classic fish and chips, its mac ‘n’ cheese is nothing to sniff at. Served baked to cheesy, melty perfection in the skillet, this iteration is spiked with fontina, mature cheddar and a hint of chilli.

Mac ‘n’ cheese with bacon from Botswana Butchery
Half the fun of ordering a prime juicy cut from Botswana Butchery is deciding what tempting sides and sauces to pair with it. While the duck fat potatoes and garlicky mushrooms are hard to pass by, one we could never forgo is the mac ‘n’ cheese — a simple yet sublime creation laced with bacon and topped with breadcrumbs.