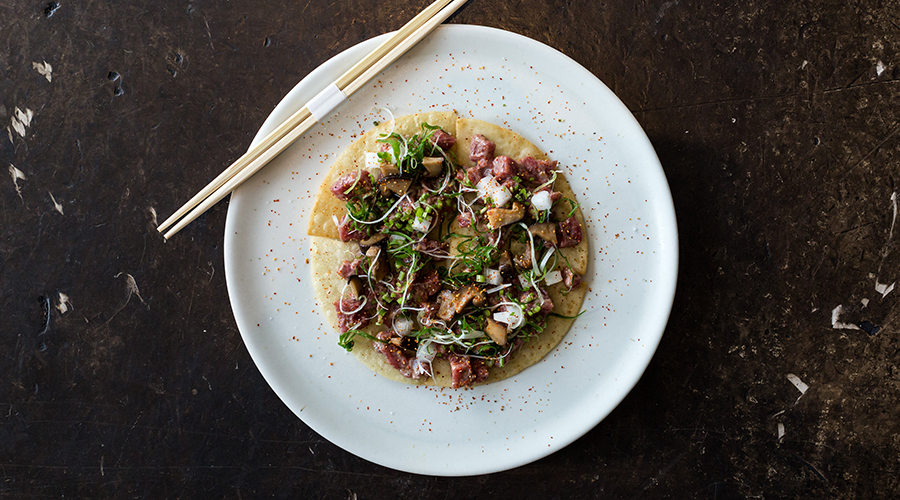 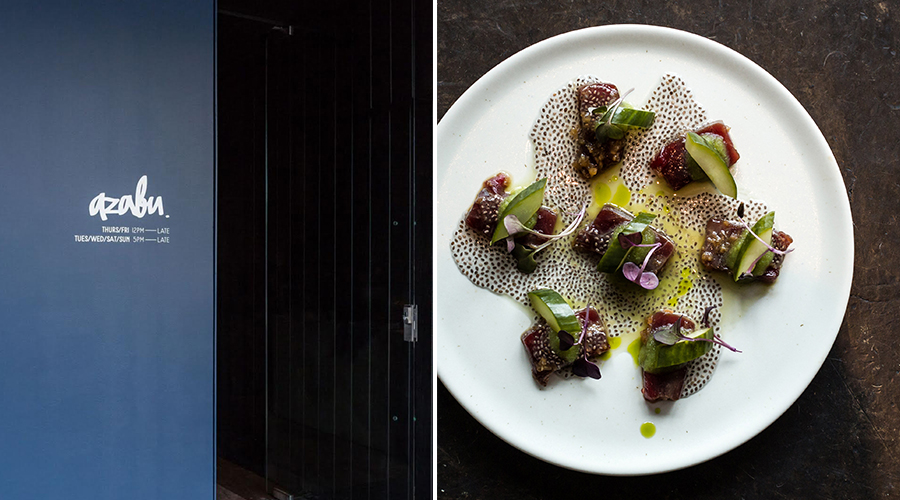 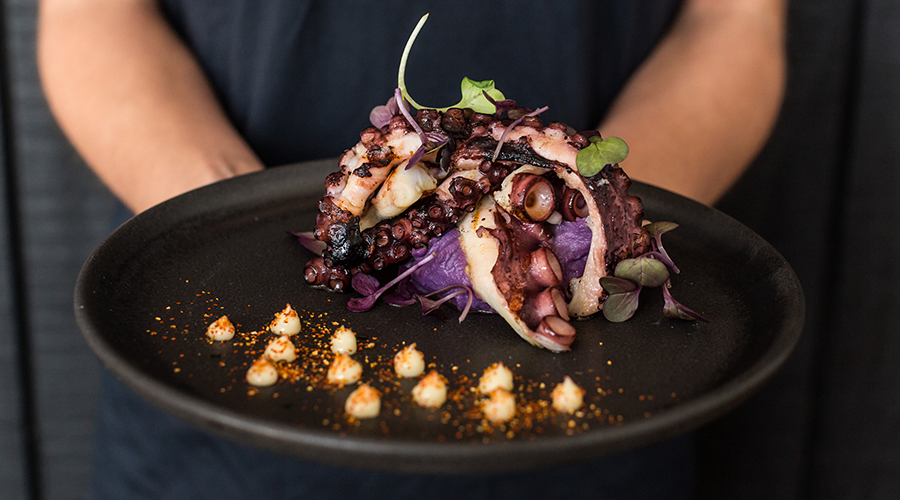 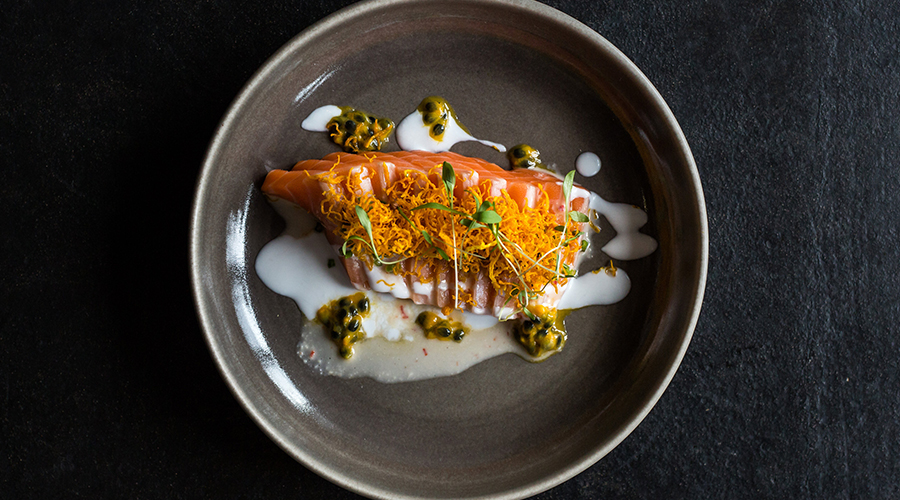 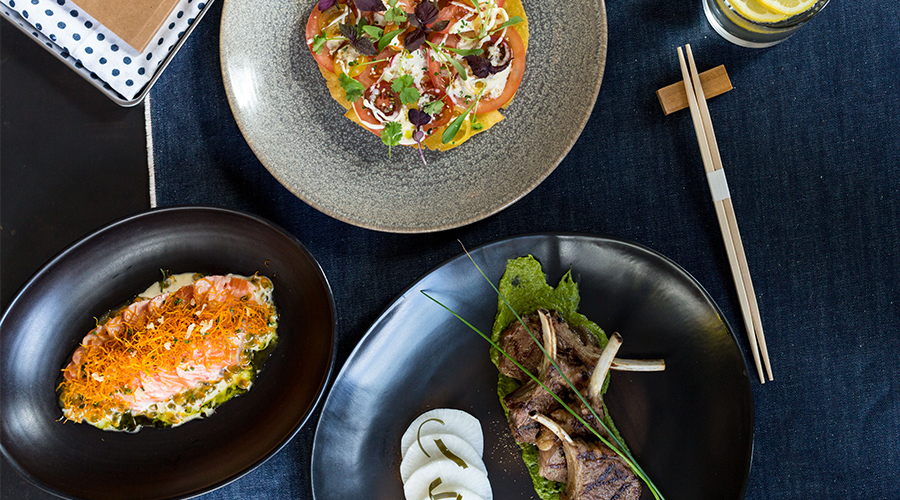 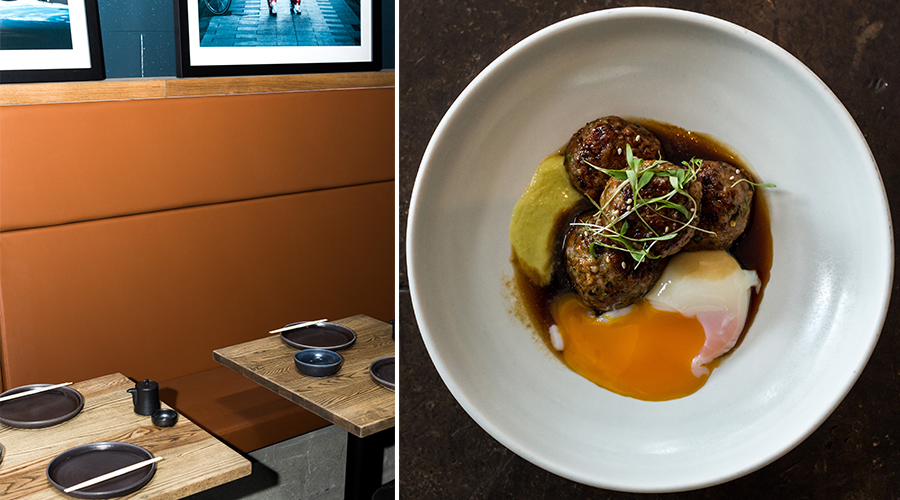 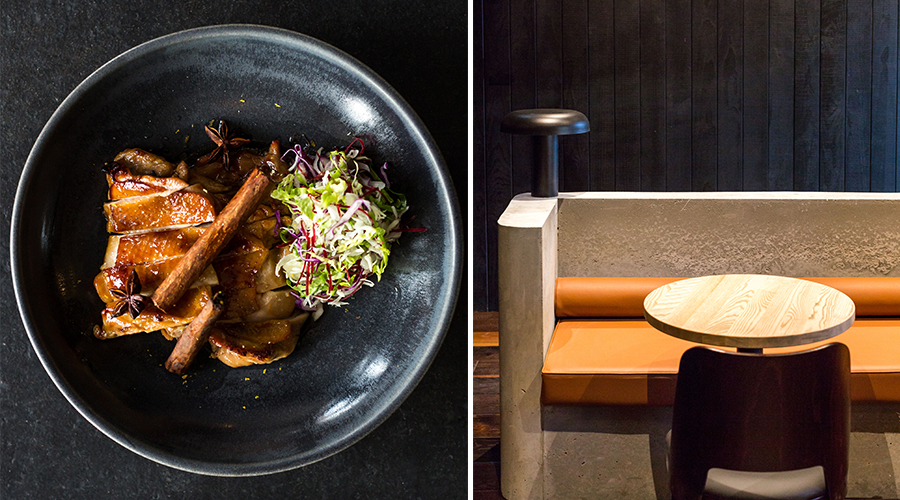 The better-informed amongst us may well have caught wind of something very exciting brewing at the K Road end of Ponsonby Road — a black and blue façade promising to enhance the scope of Auckland’s dining scene. Having firmly cemented his culinary prowess at establishments such as Ebisu, co-owner and Executive Chef Yukio Ozeki is now staking his claim on the ‘restaurant strip’ for his latest venture, Azabu.

Azabu promises to be both fun and flavourful, an objective achieved with the help of a hidden laneway saké and cocktail bar, Roji, that will capture the late afternoon sun. Meanwhile, the relaxed main dining room — the work of prolific interior designer, Paul Izzard — will feature comfortable, yet resolutely cool, leather banquettes purposefully designed for communal dining.

In addition to Ozeki’s renowned Japanese fare, the menu will pay homage to Nikkei cuisine — the fresh Peruvian-Japanese crossover flavours that have grown out of Peru’s huge Japanese community. The marriage of Oriental and South American flavours will feature dishes such as salmon and passion fruit tiradito with crispy butternut squash, tuna sashimi tostada with pink grapefruit, avocado and wasabi lemon cream and BBQ pork belly with a Nashi pear salsa. There will be twice cooked chicken with Asian citrus sauce, star anise and cinnamon as well as Tukune with chicken meatballs, teriyaki glaze, onsen tamago and aji amarillo purée.

What’s more, there’s also a raw bar to sit and devour some of the incredible cuisine on offer including a sharing menu of small and large plates such as the tuna sashimi or beef tataki served on a warm tostada. Fair to say, Azabu will be providing some gastronomic pizazz to this otherwise overlooked end of Ponsonby Road and is sure to draw in the crowds.

Acho — feeding us like only a Japanese mother could