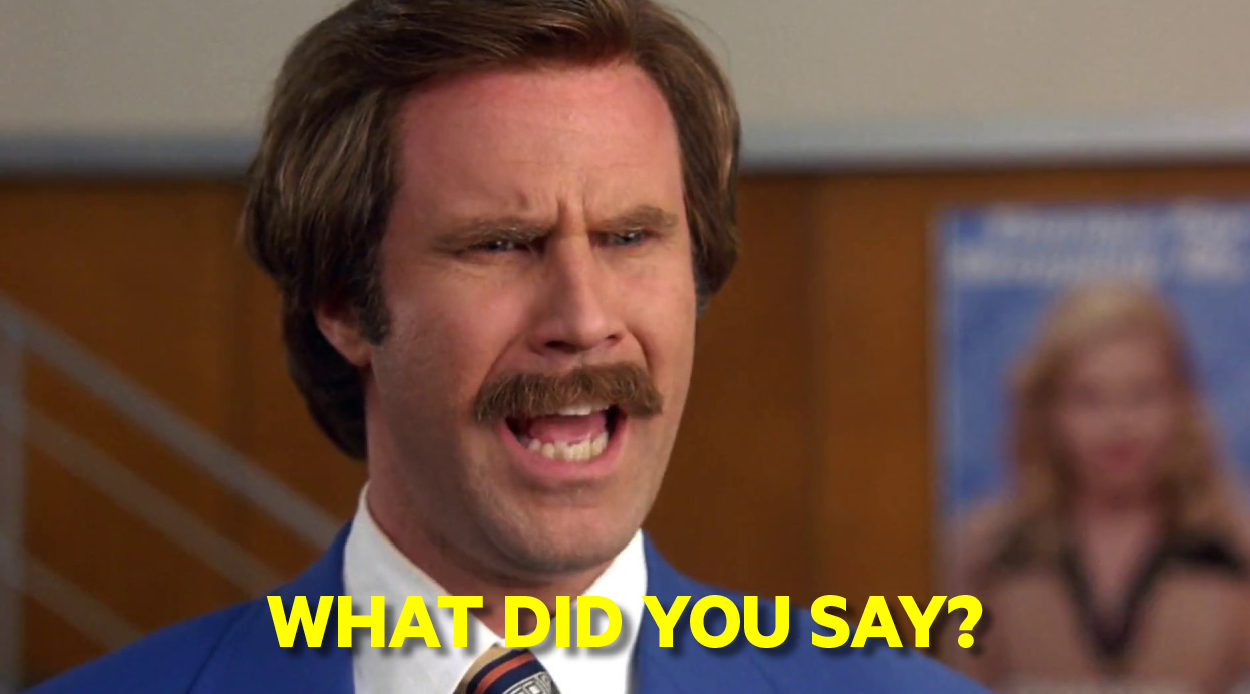 By the time we're through, you'll be sparking up conversations just to show off these stumpers.

Nobody likes elocution lessons or a grammar Nazi – but then again, nobody respects a linguistic fool either. Thankfully, that’s where we step in, on a mission to keep those flaming red cheeks at bay and make you sound all the more culturally refined, darling. Whether you’re a seasoned conversationalist or incapable of delivering the most simple of prose, be sure to add the following to your language repertoire. Or in the meantime, fake it until you make it…

1. Moët & Chandon (Mo-ETT, Chahn-don)
No, sir, nobody wants to pop bottles of ‘Mow-aye’ with you at your eighties-themed soirée complete with deviled eggs. While many a pleb still mistakenly applies the French liaison here, the famed Champagne’s name, Moët, is a Dutch word. So next time you’re popping bottles, remember: hard ‘T’.

2. Bruschetta (Brew-sket-ta)
There’s no ‘Shhh’ in bruschetta, rather a prominent ‘K’ sound. Leave ‘H’ behind and embrace the correct consonant. Don’t make us go all Gordon Ramsay on you now…

3. Chipotle (Chi-pote-lay)
Heard this ten thousand different ways? The Americans butchered this one with their southern drawl when they decided hot sauce goes with everything. Emphasise the ‘pote’ folks, emphasise the ‘pote.’

4. Paella (Pai-ay-ya)
Forever tripping up on the double ‘ll’. Nailing this one will open your mind and give you the confidence to make sense while ordering. Aïe aïe aïe!

5. Quinoa (Keen-wa)
If hipster is your name and wellness is your game, we can only hope you’ve already got this one down pat. Move over couscous, you stodgy bastard.

6. Givenchy (Jhee-VON-shee)
Now this one’s topical. To avoid you tripping up on the luxury fashion house’s name during a Kimye wedding de-brief with yet another poor soul, brush up on your designer speak. While it may look like ‘give-en-chi’ it is unequivocally not pronounced that way.

7. Karaage (Kah-la-ah-geh)
We all love karaage chicken and we should all give it the respect it deserves by saying the word right. In the Japanese language, the pronunciation of ‘r’ simply does not exist and the last syllable is not to be confused with ‘jay.’ Also, remember to drag out the second syllable as there is two A’s for a reason.

8. Açaí (Ah-sigh-ee)
Aucklanders are no strangers to the açaí bowl but they sure are to the pronunciation of the berry. Commonly dubbed as ‘akai’, or ‘a-sigh,’ the key is to remember to drag out the final syllable.

9. Rangitoto (Rung-ee-toh-toh)
The volcano that graces us with its presence almost everywhere we go, Rangitoto Island would erupt in frustration if it could hear its name getting butchered on the daily. ‘Rang-ee-toe-toe,’ is an absolute no-no and far too much twang than necessary.

10. Reese’s (Reese-is)
The Hershey Company would have had no idea that there would be any confusion when naming their infamous peanut butter cups but they were wrong — some people pronounce the straight-forward name, ‘Ree-sees’ — blasphemy.

11. Bibimbap (Bee-beem-bup)
Korean cuisine is becoming more prevalent in the Auckland dining scene which increases the importance of knowing how to order dishes with accurate pronunciation. The most common error of this dish in particular, is in its last syllable, with people pronouncing it the same way they would when ordering a breakfast bap sandwich — an honest and understandable mistake.

12. Adidas (AH-dee-dahs)
The German-based sportswear and street style brand was founded by Adolf Dassler, ‘Adi’ for short, hence the first part of the brand’s name. Many Kiwis refer to the brand as ‘a-dee-das,’ when in fact, the emphasis should go at the beginning and the end. Think ‘das’ like ‘arse’ — the way a British person would say it (instead of the American ‘ass’).

13. Gnocchi (Nyoh-key)
Just when you thought you mastered this word because you succeeded in treating the ‘g’ as a silent letter, your server repeats your order with an additional ‘y,’ making you wonder why you even try.

15. Lychee (Lee-chee)
A fruit that is this sweet and delicious, demands correct pronunciation. Don’t ask why the letter ‘y’ features in this word — we don’t know. What we do know is that it is unnecessary and should be ignored.

16. Hyundai (Hyeon-deh)
The South Korean motor company is seen on New Zealand’s roads regularly but almost everyone is pronouncing the name of the brand incorrectly. It seems as though the word has become something like ‘hi-yoon-die,’ which is far from accurate.

17. Volkswagen (Fox-var-gun)
Another car company that has been lost in pronunciation is the German motor group, Volkswagen. Take the word less literally, ditch the ‘wagon,’ emphasise the V and put on your best German accent.

18. Moschino (Mos-key-no)
The luxury Italian brand is renowned for its versatile, elegant pieces as well as its more unique designs by Jeremy Scott. It’s also known for being mispronounced as ‘mo-shee-no.’ Even Amy Winehouse couldn’t get it right in her song ‘Take The Box.”

19. Roti Canai (Row-tee-cha-na-i)
Arguably one of our favourite dishes in Malaysian cuisine, something this tasty and delicious should never be associated with the word ‘rot.’ Thankfully, the correct way of pronouncing the flakey delight is with an emphasis on the ‘o.’

20. Nike (Ni-key)
Possibly one of the most frequently-debated brand names, the question of Nike vs Nikey is an ongoing debate. Well, we can definitively say here that it’s the latter after, in 2014, the chairman of the board of directors for the company confirmed it. Don’t believe us? Look it up.