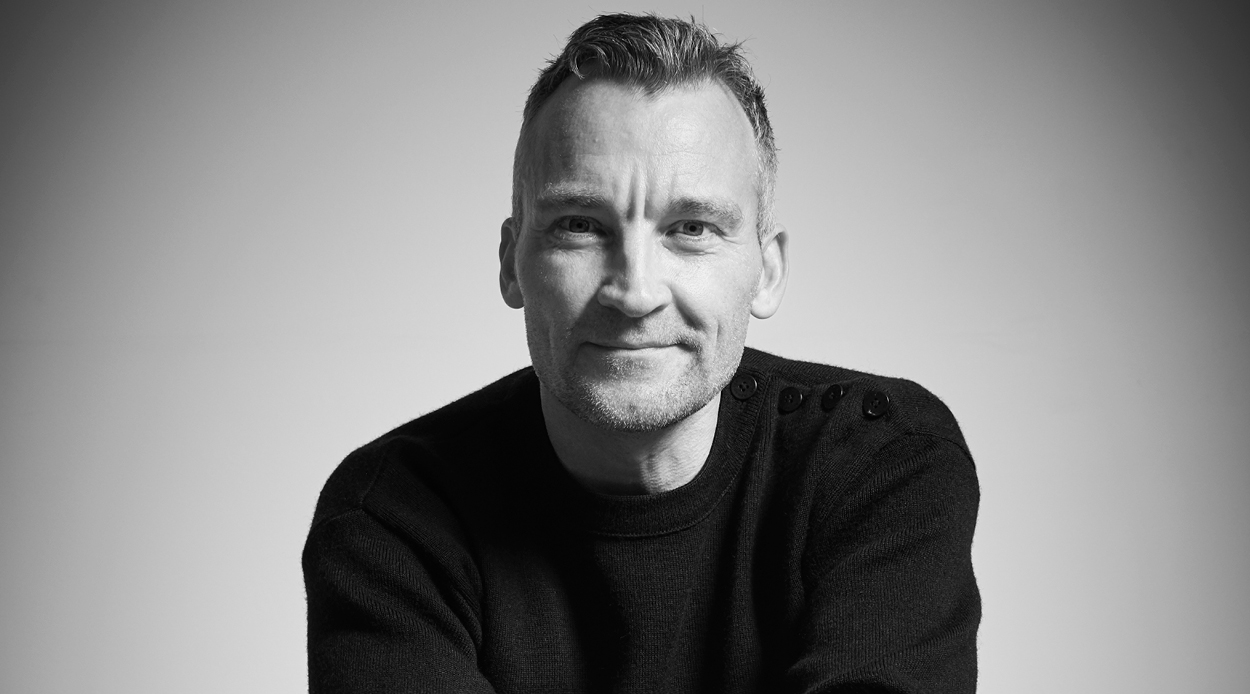 New Zealand designer Jamie McLellan first met Allbirds founder Tim Brown in 2011, when Brown came to him with the somewhat unconventional idea to craft a shoe from merino wool. Already an established, well-respected designer on the global stage, McLellan had spent time working at Fisher & Paykel and in Italy, Hong Kong and Hawaii, before working closely with acclaimed furniture designer Tom Dixon in London. He had also run his own design consultancy in New Zealand, where he created a diverse portfolio of work including lighting, water craft, Olympic bicycles and beer taps, as well as working with brands such as Cathay Pacific, and designing furniture for Resident.

In 2016, the Allbirds Wool Runner launched to serious global acclaim, and saw McLellan’s career enter a new stratosphere. He moved to San Francisco to take up the position as Allbirds’ Head of Design, where he still resides today. A rarity in that he is able to work successfully across multiple design disciplines, McLellan’s ability to define brand direction as well as hone individual products, makes him a bona fide virtuoso in his field.

Here, McLellan delves into the key factors that have informed his career thus far.

Pivotal moments collectively define a successful career
My career could be broken up by a series of epiphanies; light bulb, penny dropping moments. And each time my passion, curiosity, and clarity increased. Sometimes it has been catalysed by a person or a mentor, other times a place or experience. On leaving Fisher & Paykel and immediately realising how formative it was, and how fortunate I was to have cut my teeth under the leadership of Mark Elmore. Hisham Kulhanek, my boss in Italy, taught me about the design ‘maestri’ or masters. My time living in Hong Kong and Southern China confronted me with the true scale of Western consumption.

Tom Dixon invited me into his world, to learn to ‘read his mind’ and, sink or swim, exposed me to a multitude of new design processes and outputs. Then finally coming home to New Zealand, naive again and having to figure out what I stood for myself. Tim Brown (of Allbirds) walking into my studio with ‘that’ piece of wool. And Joey Zwillinger speaking vocally about driving petrochemicals out of an industry. I look back on each of these moments as pivotal to my ongoing development and evolution as a designer.

Design products that have a right to exist
I have been lucky, for the most part, to pursue work that involves things I am directly interested in. Consciously choosing work that I felt had the right to exist. Figuring out where my skills lay, becoming comfortable in my own skin as a designer, and not compromising on my beliefs.

There is always a singular idea that starts the design process
An opportunity, a curiosity, something missing, something unanswered that can fuel an idea. From here it’s often about understanding what is the minimum needed to solve this problem. And what is the mechanism or the material employed to perform the required function, how do we reduce this and at the same time celebrate it, find something special and visually memorable in the process. There is always a singular idea present in all my work.

For example, when designing the Allbirds Wool Runner, stripping away all detail, all seams, all logos, all components allowed the wool to truly shine, to be the hero. On a beer tap it might be about celebrating the simple billboard function on the front and exposing the plumbing through the back, honestly and beautifully.

Success is not just about money
The lovely thing about working for Allbirds is that the success of any individual product design can be measured very tangibly and almost in real-time, given our direct connection to the customer. But the other metric we pay extremely close attention to is carbon; the lower the carbon footprint, the more successful a product is.

Words of wisdom from wise people are invaluable
Early in my design career, Tom Dixon imparted several mantras that I still hold in high regard today.

• “Don’t be afraid of getting your sketchbook dirty on the workshop floor”, i.e. get out from behind the computer!

More recently, the leadership and mentorship I have received from Allbirds CEOs Tim Brown and Joey Zwillinger as I learn to navigate the fast moving, high growth, ambitious environment of Allbirds, has been critical to my ongoing design and career development.

The best client is one who is trusting
But also not afraid to push, to question, to be brutally honest. One who invites you to embed with them and shares everything with you. One who you become friends with, where the transaction is secondary, one who wants to grow and evolve with you. Also, it’s the one you want to have a beer with at the end of the day.

You’ve got to trust your ability
Know that design inspiration will ebb and flow, that there will be slow times and there will be periods of prolific creativity. Learn to identify moments when the energy isn’t there and do something different to stimulate your mind rather than heaping more pressure on yourself.

A good brief can still be hard
It can be a conundrum, but often within it lies the opportunity. A bad brief on the other hand is often too prescribed, too predetermined, too informed by what has gone before, and not ambiguous enough.

I continually educate myself by being curious
Staying visually and tactically stimulated. Living with the objects I am trying to design. Cleansing my palate by thinking about diverse problems, and also by emptying my brain by getting into nature.

It’s fundamental that design has a purpose
That it is authentic, humble, refreshing and inclusive.

Designing is best approached with no rules or limitations
When you’re not even aware of them. A good dose of naivety, up to a point, can be really helpful in unlocking successful creative outcomes.

Make design relevant to the culture of the times
Recognise one’s own blindspots and trust others with different and better skills than your own. It’s also really important to stay true to your course, don’t chase new ideas for the sake of new. And definitely don’t fall into the trap of designing for designers.

Embrace the joy in what you’re doing
Humour, or more specifically joyousness, is something I have learned to embrace since working with Allbirds. Irreverence and whimsy as a way of engaging with a wide audience, but also as a way of making the subject of sustainability not as scary and as heavy as it can sometimes be perceived.

My favourite works are the designs that came easily
Almost unconsciously. There are a few of these where I look back and think “where did that come from?” I think especially when I was younger, greener, less aware of commercial pressures and imperatives, some blind youthful confidence resulted in some rather brave solutions.

Be proud of your achievements
In the early days, I was proud of the washing machine button panels I designed at Fisher & Paykel, in fact I was so proud of them that I would pop onto the factory line and take sheets of these stick-on buttons and give them to family and friends, signed no less! I was really proud of my work with Tom Dixon too, most notably the cast iron work we began in around 2006, that started with the Spin Candelabra.

Never stop wanting to do more
Allbirds has so much potential, we’ve only just scratched the surface, and we are only just getting started really. I can’t share too much more with what’s in the pipeline, but the future definitely looks very exciting.

Celebrate others
Practising design, it’s easy to become competitive. The most successful designers I have met are the ones who recognise the talents of their peers.