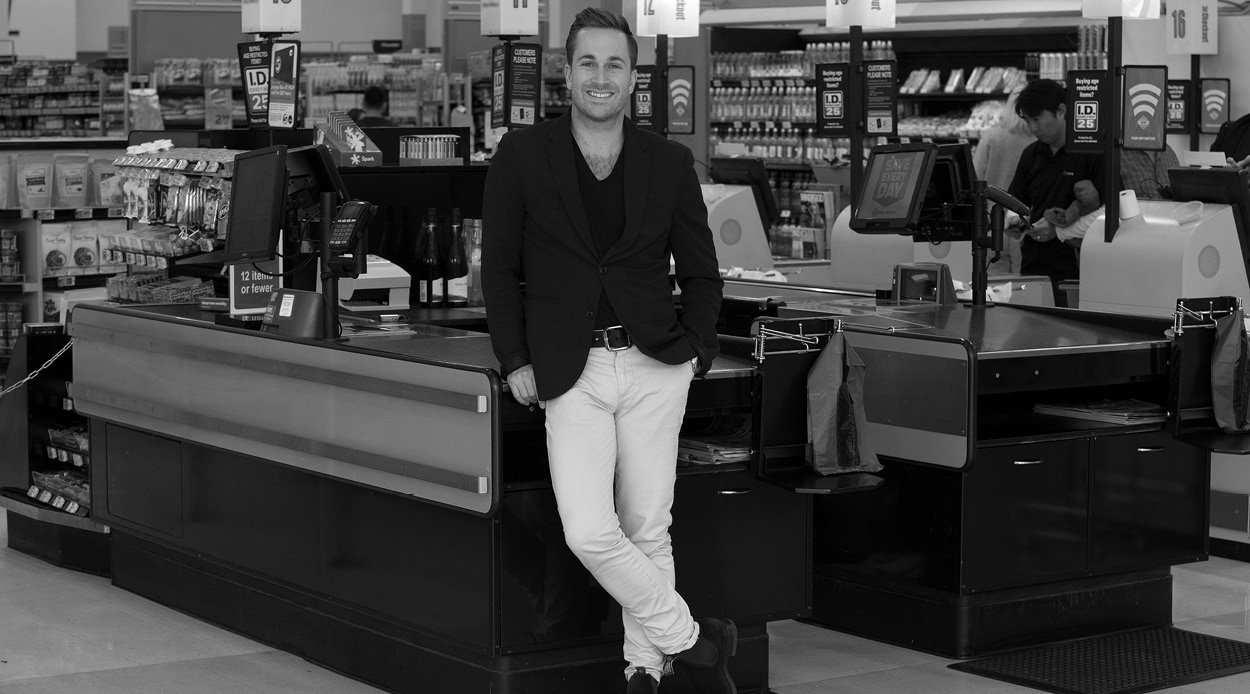 In a post-Coronavirus world, technology that streamlines consumer experiences — emphasising contactless systems over those that might have previously involved shared payment facilities or queues — will prove invaluable. And if Kiwi tech entrepreneur Will Chomley’s recent triumphs are any indication, it would seem that demand is already starting to heat up.

The Founder and CEO of New Zealand-based tech company Imagr, Chomley is making waves globally with technology that is promising to revolutionise the grocery shopping experience.

An idea initially born from Chomley’s distaste for waiting in line, Imagr’s seamless system of smart carts utilises the world’s most advanced image recognition tech to offer an adaptable and user-friendly end-to-end autonomous system. And it’s a world first.

Simply put, the Imagr technology creates models of products using lightning-fast imaging. Those products are put into a store’s database. A shopper will then connect their phone to one of the store’s smart shopping carts, which will use Halo technology to register every item placed in the cart, connected to a running list on the shopper’s phone.

When they’re finished, the shopper can skip the traditional checkout by paying through an app. No lines, no card-swiping, no barcodes. And while Chomley’s original incentive for creating Imagr still holds (after all, who wants to queue?) his technology has been imbued with a whole new meaning in light of the conditions this pandemic has placed on people’s daily lives.

“The pandemic has put more pressure on retailers to provide low contact solutions for checkout,” Chomley says, “and with Imagr, retailers get to own, operate and scale the solution themselves.”

Recently, it was announced that Imagr had partnered with Japanese H2O Retailing Corporation to implement its technology in one of the chain’s Osaka supermarkets. The 9,000 square foot store was equipped with Imagr’s smart carts, and instantly became the largest, vision-only, autonomous checkout deployment of its kind in the world.

At the moment it’s just one supermarket, but all going to plan, Chomley hopes to have Imagr implemented in more of H20’s 152 stores.

Beyond its implications for social distancing, Imagr’s technology is unique for the way that it is encouraging rapid innovation in a sector where systems have remained largely unchanged since their inception. If Chomley’s vision is to be fully realised, it will mean a complete overhaul of the way we shop — and if you ask us, it’s about time.

Now seeking to raise $25 million through a private investor pool, Chomley has his sights set on further international expansion, a promising horizon for this Kiwi trailblazer.