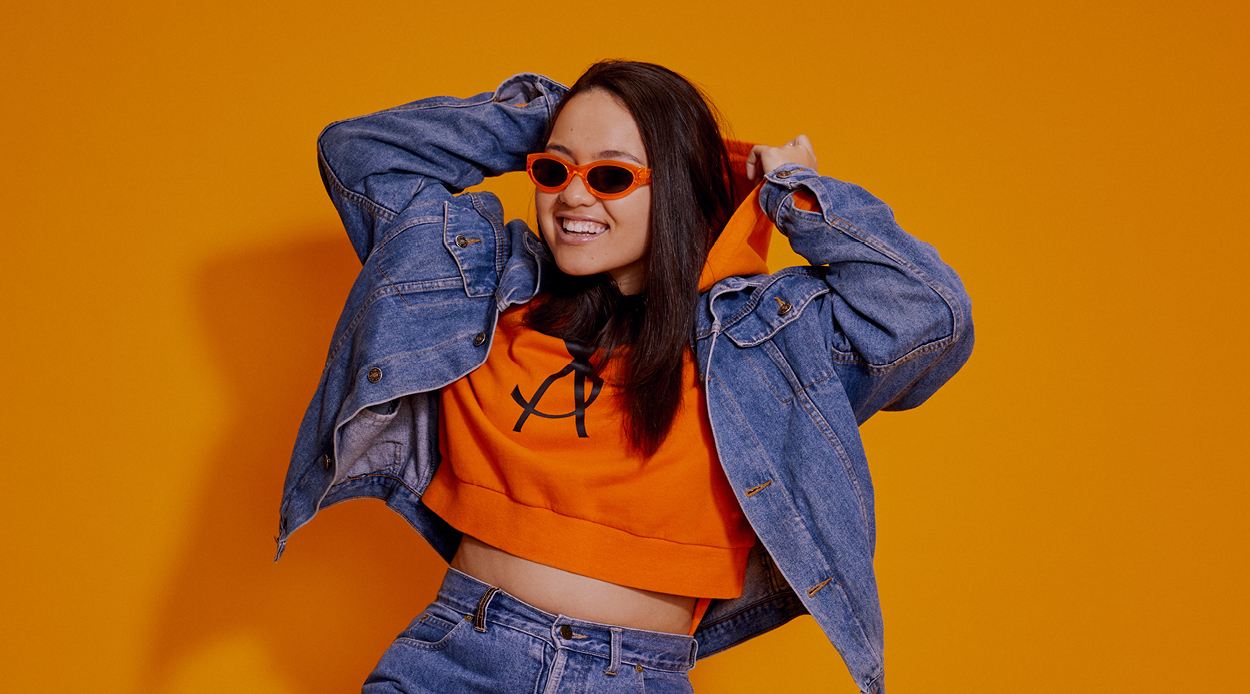 The New Zealand music industry is brighter than ever, with emerging artists revitalising the scene despite the year’s hardships. The volume of talent is pretty astounding, given the size of our wee island, so this list could be three times as long — not that we’re surprised; we all know our countrymen and women are a creative bunch. The following is a round-up of just some of the music industry’s brightest rising stars, which we hope will inspire you to seek out and support our local artists.

Paige
22-year-old singer-songwriter Paige Tapara, known professionally by her first name, has been honing her prodigious musical talent since she was 9 years old, and has just released a beautiful new EP titled Always Growing via Sony Music Entertainment. With over 500k monthly plays on Spotify, Paige is definitely at the ‘up’ end of ‘up-and-coming’. Her solid fanbase of listeners is thanks to her luminous voice which she layers over upbeat melodies with world-wise lyrics, solidifying her reputation as an old soul with a bright future.
Listen to: Waves

Vayne
Having already played packed out shows at venues like Whammy and Neck of the Woods, rapper Vayne is the name on everyone’s lips — especially since the release of her much-anticipated debut EP Gutta Girl, a raw and honest ode to Mana Wāhine. With her hypnotic flow and irresistible melodies, catch Sony-signed Vayne (and Paige) performing at Rhythm and Vines this year.
Listen to: My Best Yet

Deryk
Madeleine Bradley, who performs under the moniker ‘deryk’, has been garnering increasing attention for her unique and brooding sound, reminiscent of Portishead and PJ Harvey. With her debut single ‘Call You Out’ dubbed an “incredible first impression from a new artist” by Apple Music’s Zane Lowe, we recommend checking out her debut EP Womb, released 2nd October via Universal.
Listen to: One Star

Teeks
Te Karehana Gardiner-Toi, who performs as Teeks, has a special gift. Anyone familiar with the award-winning singer/songwriter — as many people now thankfully are — will know his velvety timbre imbues every one of his songs with a deep soulfulness, memorable for far longer than the length of a track. This August, Sony-signed Teeks released Without You, his first single since 2017, to widespread acclaim, with the Tom Gould-directed music video debuting as a US Vogue exclusive. We’re hanging out for Teeks’ full debut album, currently appearing in instalments with the full release out in February 2021, and can see only bright things on the horizon for this talented creative.
Listen to: Without You

Neko
Nganeko Newman has one of the most heavenly voices to delight our ears of late. The 18-year-old has featured on tracks by rap duo Church & AP and Taite Music Prize winner Troy Kingi, and has just released her debut solo single Serious. A catchy and soulful tune, Neko co-wrote Serious with Josh Naley (Wells*) and Jordan Arts AKA High Hoops, and fans of her sound can catch her Troy Kingi on his October tour. We predict big things for this lil’ lady.
Listen to: Serious

Navvy
With her infectious electro-pop sound, Navvy — real name Phoebe Lee Jasper — has been steadily garnering both local and international attention since releasing the first of three EP’s last year, with the third released this September. All exploring a breakup and the heartache, then eventual catharsis, that comes along with it, her versatile, assured voice lends itself to heartfelt ballads as beautifully as more upbeat melodies.
Listen to: Somebody Else

Wells*
Several of the people in this article have enlisted the musical skills of singer, songwriter and producer Josh Naley, AKA Wells*, including Paige, Navvy and Neko, and he’s worth a listen in his own right. Bringing his own idiosyncratic style to the realm of pop, Wells* recently released a catchy three-track EP called Tape 2, with another one on the way.
Listen to: Night & Day

Jordan Gavet
R&B singer Jordan Gavet might have only released her debut single Hesitation last year, but she’s already an award-winning artist, taking home the award for ‘Best Pacific Soul/R&B Artist’ at this year’s Pacific Music Awards on 3rd October. With a nostalgic 90s edge to her irresistible sound, Gavet’s latest track Do Better came out in March this year, and fair to say we’re hooked.
Listen to: Do Better