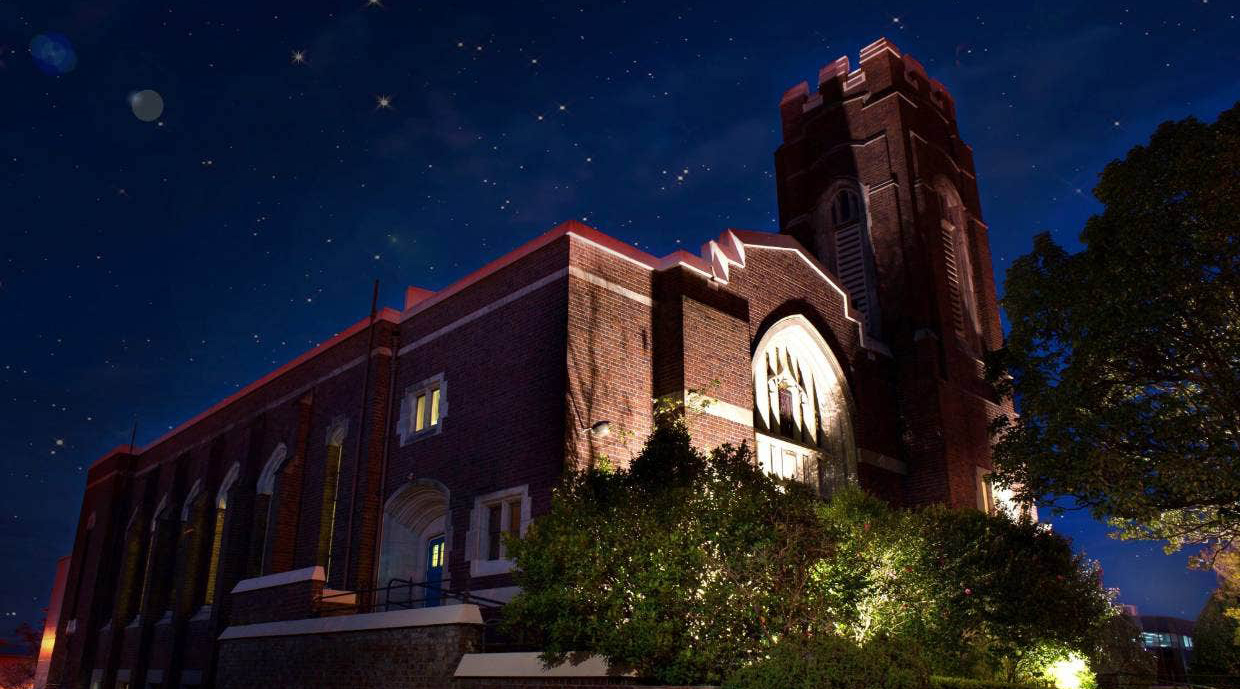 Following the announcement, earlier this year, that St David’s Church on Khyber Pass Road was to be put up for tender by the New Zealand Presbyterian Church, organisation Friends of St David’s Charitable Trust is putting out an urgent call to all New Zealanders to help preserve a priceless piece of Aotearoa’s history for current and future generations.

The news blindsided supporters of the important historic building, which was built in October 1927 and dedicated as the Soldiers’ Memorial Church. It was also chosen by the RNZE (Royal New Zealand Engineers) as their church, and holds the Sappers’ Memorial Chapel, RNZE Roles of Honour WWI and WWII and the RNZE Memorial Window.

To raise money to buy and protect St David’s Memorial Church as a living memorial, the Charitable Trust, chaired by Paul Baragwanath, (who was awarded as one of our 2019 Denizen Heroes for his The Art of Remembrance fundraiser) has created ‘To the Stars’, a virtual, 45-minute concert that was filmed inside the church. It can be streamed at www.rememberthem.nz, simply by purchasing a $25 ticket.

Highlights of the programme include performances by opera star Simon O’Neill, pianist Flavio Villani, the NZTrio and traditional Māori composer and musician, Horomona Horo, playing the taonga puoro. Completing the outstanding line-up is a selection of well-known professional and emerging talent such as Rita May, a 21-year-old singer/songwriter on acoustic guitar, and 19-year-old Sozia Herlihy-O’Brien playing the church’s 1910 Croft organ, plus the Graduate Choir NZ and more.

“St David’s is a sacred place. There are no other living memorials built to honour our soldiers quite like it in this country,” says Paul Baragwanath. “This is the inaugural concert of The St David’s Centre showcasing our plan to open its doors as a lively, much-needed centre for music that honours its heritage, allows the church to remain available to our armed forces all while ensuring its commercial survival through concert performances.”

Purchase a ticket to stream this beautiful concert from the comfort of your own home, and you’ll also go in the draw to win one of two Max Gimblett Quatrefoils which were displayed at Te Papa.

The St David’s tender closes on Thursday the 17th of June, so time is of the essence if this beloved building is to be saved.

One of the most significant private collections of Aotearoa art, the Collection of Adrian Burr and Peter Tatham, is set to be auctioned

Could this be the world’s most expensive burger? This charitable bite is aiming to break records