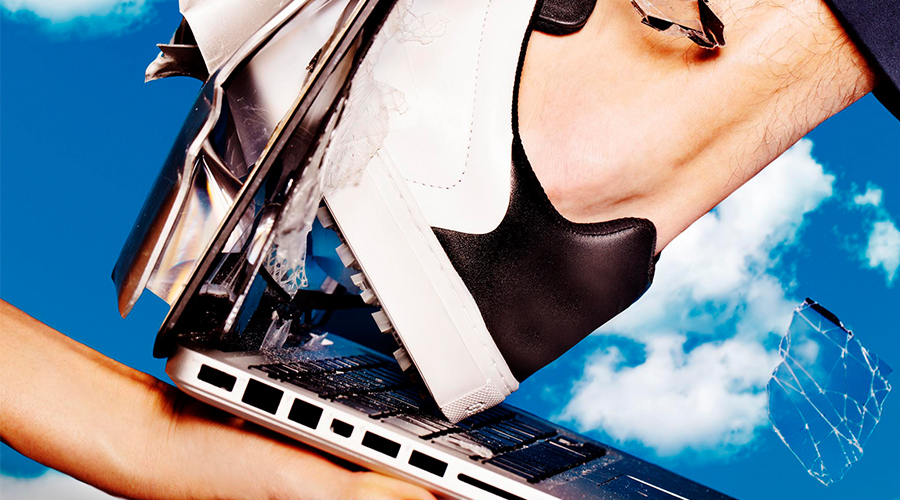 All of us, at some point, have mocked the older generation for their inability to get on board with technology. ‘Luddites!’ We have exclaimed, scoffing at their fear of social media as we parade around with our iPads and harp on endlessly about our revolutionary UberEats deliveries and effortless online retail experiences.

Yet now, as concerns regarding technology’s risks to privacy increase exponentially, we’re finding ourselves filled with the same dread and concern, feeling the same fears we had been warned about. And as we are served a slice of warm, humble pie from our all-knowing grandmothers, we too, are left wondering, is all this technological advancement really worth the risk to our privacy?

It is disconcerting when, after nattering with friends about our unbridled love for the classic cinnamon swirl, we are greeted with advertisements for local bakeries upon opening Facebook a few hours later. It is unsettling when we read the news to discover that, confirming the popular belief, Amazon really is recording our conversations.

Such was the case in May of this year when a Portland couple’s mundane discussion concerning hardwood flooring was recorded and sent to a colleague without their knowledge — something which Amazon still maintains was a one-off malfunction. It is unnerving that governments are becoming more like Orwell’s prediction, where wire-tapped phone calls and 24/7 security cameras have become the norm.

It definitely doesn’t sit right knowing that Uber has admitted to tracking our locations even when we’re not using its app, and the fact that wearable fitness trackers and smartwatches are collecting our data and sending it on to god-knows-where leaves us on edge, to say the least. Don’t even get us started on the illicit harvesting of our personal data by an incredibly prominent, previously mentioned social media network, (yes, we’re talking about the serious allegations against Cambridge Analytica and its potentially illegal activity around both the Brexit and Trump campaigns.)

Unnerving, disconcerting and unsettling are just a few of the feelings we’ve experienced while struggling to come to terms with this new and relatively uncharted technology territory. Funny, then, that in 2010, Eric Schmidt, (then chief executive of Google), said that the company’s policy was “to get right up to the creepy line and not cross it.” It may seem as though we’re so far beyond the creepy line that the line no longer exists, but what is perhaps more accurate, is to say that over time, our definition of creepy has altered. Twenty years ago, for example, the mere thought of putting a camera in our homes would have invoked a sort of disturbed recoil. Now, a home without a camera-wielding device is as uncommon as a kitchen without a cupboard crammed with a colossal melange of hoarded supermarket bags.

As our definition of creepy mutates, so too, does our definition of privacy. Generally speaking, the traditional concept of the term is anchored in a right to be left alone. But now, a word once synonymous with a lack of disturbance is having its meaning eroded — and this unnavigable grey area has led to a lot of questions. Should we be worried about safety and our online identities and reputations? What about our IRL identities and reputations? Is there an opt-out button? Where does creepiness end and criminal begin?

Honestly, solid answers are few and far between. What we do know is that governments and industries specialising in finance, transportation and health care have all had to fork out for larger security budgets in an attempt to prevent cyber attacks. Away from the big companies, homeowners are feeling threatened by the new breed of burglars — cybercriminals able to hack into home device systems. While the growing number of people using banking apps to manage their finances face a growing risk of being subjected to online fraud.

As far as legality is concerned, governments are trying their damnedest to keep up with the changing tides. The New Zealand Parliament, in March last year, revisited the Privacy Act 1993 with the aim of strengthening privacy protections, stating that the rise of the internet and the digital economy has transformed the use of personal information. This process was a result of the same drivers that lead to Europe’s widely discussed General Data Protection Regulation law, which was brought into effect in the spring of 2018 and was met with a very similar response. The general consensus is that, while changing the law is a step in the right direction, the reforms need to go further if they are going to properly address the public’s concern. Basically, Parliament is giving it the old college try but the sad truth is that legislation will never keep up with the increasing rate of technological advances, and so, as far as the law is concerned, we will never truly be protected.

Fighting for privacy in this day and age is a quixotic endeavour, and regardless of whether it is achieved, mass surveillance, data-harvesting and a multitude of other dystopian distress will soon become our new normal. The question we need to be asking is not whether or not it’s happening, but whether or not we care. Or, rather, do we care enough? More often than not, when privacy policies appear, the legalise gets swatted away without a second thought. We’re quick to lambaste Facebook for eavesdropping on our private conversations and yet knowing somebody who has actually read every set of Terms & Conditions they’re served through the app, deleted the app or even closed their account is as rare as finding someone who isn’t on Instagram.

Take FaceApp, for example. The AI-powered selfie-editing app first went viral in 2017, shortly after which, issues were raised about its privacy. This year, the app resurfaced under a new guise, now accelerating the ages of its users as opposed to beautifying them, but the same privacy problems remained. Yet despite the raised concerns over data sharing and privacy invasion — it has been claimed that the app can share any information on your phone, from your web history to the images in your camera roll, with third parties — millions continued to transform themselves into silver-haired octogenarians. Because, well, god forbid we miss out on the latest viral trend.

It seems that, in reality, we’re quite happy to pay for trivial conveniences with pieces of personal information. Despite the complaints, most of us are beginning to accept that privacy is the currency of our online personas. Technological advancement is a risky business, and its disturbing nature is without question — but if we’re not willing to make any changes to our online habits, how do we expect anyone else to?