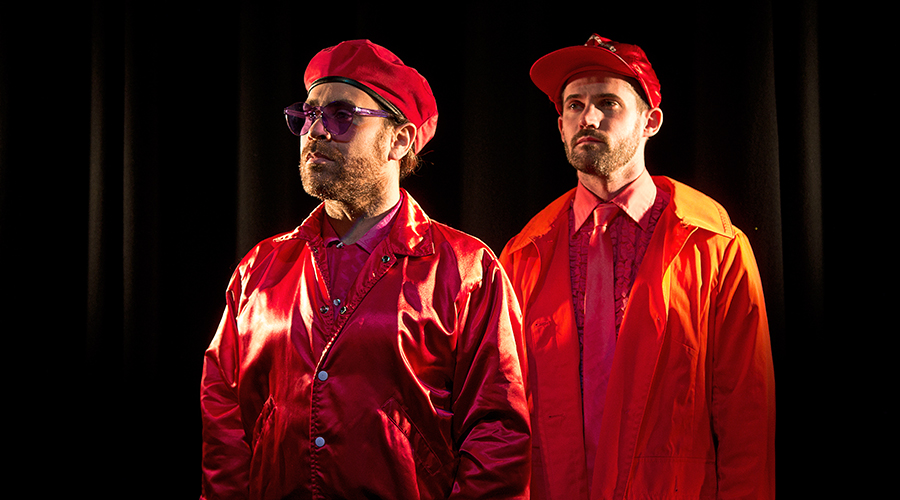 For some time now, the Sweet Mix Kids have been charming the pants off Aucklanders, known within circles as the best way to get the party started. The beloved DJ production duo, Sandon James and Chris Scott, is renowned for treating audiences to a delightfully different and flamboyant performance at each event they grace, including our recent Denizen Heroes Black Tie Gala where violinist Pascal Roggen took to the stage, enchanting party-goers with his contemporary accompaniment. With an array of international gigs up their sleeve — when we spoke, the pair were getting ready to shake things up at the Wanderlust Festival in Snowshoe, West Virginia — we called Chris up for a quick chat on where these cool kids are at.

How did you and Sandon meet?
I covered a couple of DJ sets for [Sandon] while he was living in LA and when he got back, I’d done such a good job that he couldn’t get rid of me. Something like that anyway. He had already been working as Sweet Mix Kids but I joined him under that name about four years ago. We started working together around the time of the NZ Music Awards in 2012, so that’s our little anniversary every year.

How would you track your progress over those four years?
It’s been constant growth and this year is the craziest yet. We’re spending most of our year travelling which is standard, but 2017 is more international than ever and NZ gigs like the Denizen Heroes Gala are as cool as it gets. We’re also getting ready to release a tonne of new music with collaborators from around the world. We can’t wait for people to hear it.

How much do you read and respond to your audience on the night?
DJs these days take being a DJ for granted. You can be so adaptable and we really try to play up to that. We’ll take a crowd to some weird places if it’s what they want, and we love that. We also have a great team of different instrumentalists and vocalists who we’re constantly working with for different events, like Pascal, our nutcase violinist, who came along to the Denizen Heroes gala.

Coachella is a good gig, what others would you give a shout out to?
Coachella is the greatest gig in the world — we’ve been back four times now and are yet to top it, but we’re keen for suggestions! Festival season in New Zealand deserves a shout out too, especially WOMAD which we’ve never played but love to attend. And Wanderlust festivals worldwide — Wanderlust Snowshoe was amazing last weekend.

Who’s the most memorable celebrity you’ve met on tour?
It’s always great to see Ed Sheeran, he’s asked for us specifically to play all his private after parties which is a huge honour. One was particularly memorable; it involved Ed doing Fetty Wap karaoke and me having to kick certain members of Rudimental out of my house at 8am, but that’s about all I can say about it!

Check out the video of Sweet Mix Kids’ latest single ‘Common People’ below. For more of their music, head to Spotify here.

Denizen Heroes over the years