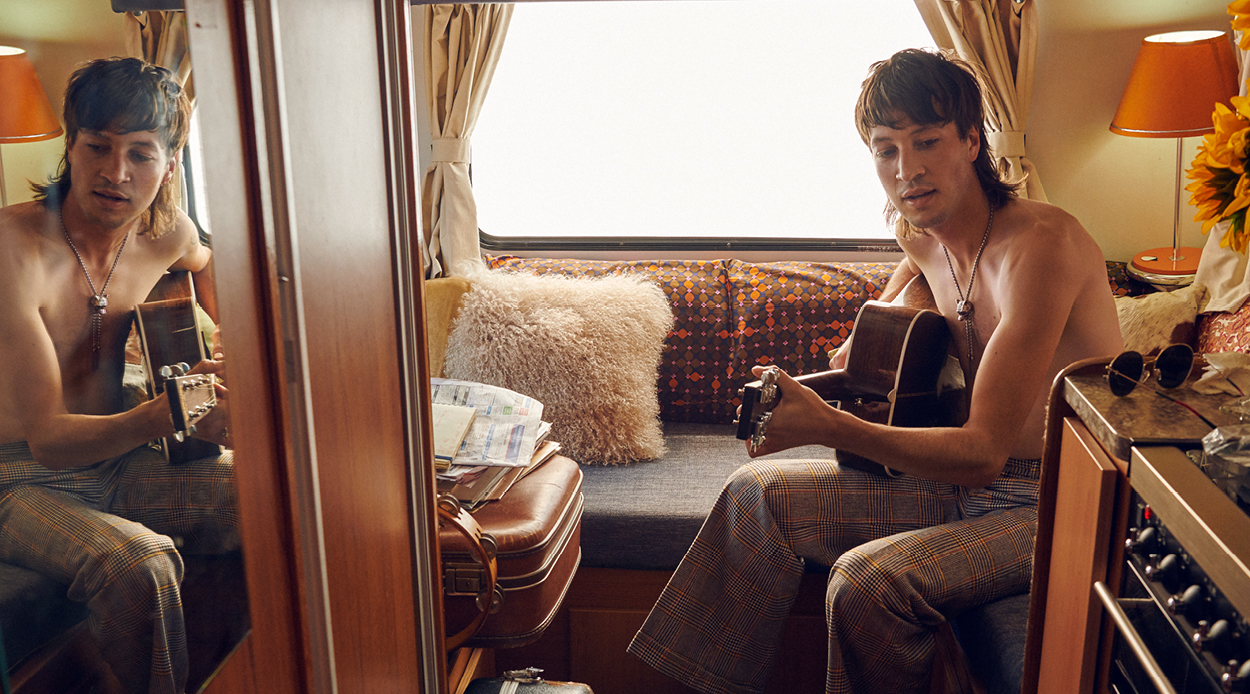 His voice is one of New Zealand’s most extraordinary and distinctive, and while Marlon Williams’ career thus far has seen him earn widespread acclaim, the captivating musician’s star is still very much on the rise.

Garnering comparisons to Roy Orbison and a young Elvis from the outset, Lyttelton-born Williams released his sophomore solo album Make Way for Love in 2018 and since then has been exploring various projects, including a growing roster of acting roles and an album of waiata reo Māori.

Here, the creative delves into his back catalogue of influences.

What was the first music you loved?
The Beatles and The Seekers. The two prized picks of my Nana’s record collection. The Beatles, obviously, because they’re amazing. Judith Durham’s voice and the wonderfully naive, clean 60s folk simplicity of The Seekers songs just hooked me into their world. I still think ‘I’ll Never Find Another You’ is one of the greatest songs ever written.

What are you working on at the moment?
A few bits and bobs. A soundtrack for a film, a duo project and an album of waiata reo Māori.

You’ve been based in Melbourne for a long time, how have you found living in NZ again, particularly over lockdown?
I’m not sure whether it’s the pandemic specifically, or the increase in locally-targeted tourism advertising, or just a general feeling of homeyness, but I’m sure loving being home.

How else are you having to creatively adapt to these changing times?
It’s highlighted the fact that this is the perfect time to be working on a te reo album. I’m very grateful to be able to do that.

What instrument do you wish you could play?
Right now I definitely wish I was a tohunga taonga pūoro!

What makes you nostalgic?
My warped sense of the past being a better place than the present.

What motivates you?
Fear of reprimand is always the main driving force, sprinkled occasionally with a bit of pride.

What era do you wish you grew up in?
I’m pretty happy to have grown up when I did. I wouldn’t mind holidaying in pre-colonial New Zealand though.

What have you been watching, reading, listening to recently?
I’ve been rewatching Deadwood. God that’s a good show. Shakespeare in the wild west. I’ve been reading Hannah Arendt’s The Origins of Totalitarianism and it’s certainly resonating at the present moment.

One passage that struck me said: “Before mass leaders seize the power to fit reality to their lies, their propaganda is marked by its extreme contempt for facts… for in their opinion fact depends entirely on the power of the man who can fabricate it.”

Who is an underrated album or artist?
My go-to answer for this has always been Bob Carpenter’s Silent Passage. If you haven’t been treated to this then I highly recommend you go listen now!

Who is an artist to watch right now?
Have you heard Mads Harrop? She only has a few songs out there right now but they’re fucking boss. Check out the song ‘Medicine’.

Where’s the first place you will travel when we can again?
All things considered I imagine the first overseas trip will probably be across the ditch but for the meantime I‘m happy travelling internally.

What are the best ways for people to support the music industry
right now?
Gigs are starting up again with a vengeance. Live music creates such a strong sense of community (and we could all do with a bit of that right now), it’s as much about supporting the fans as it is the artists, so get out there and let the music industry support you!”