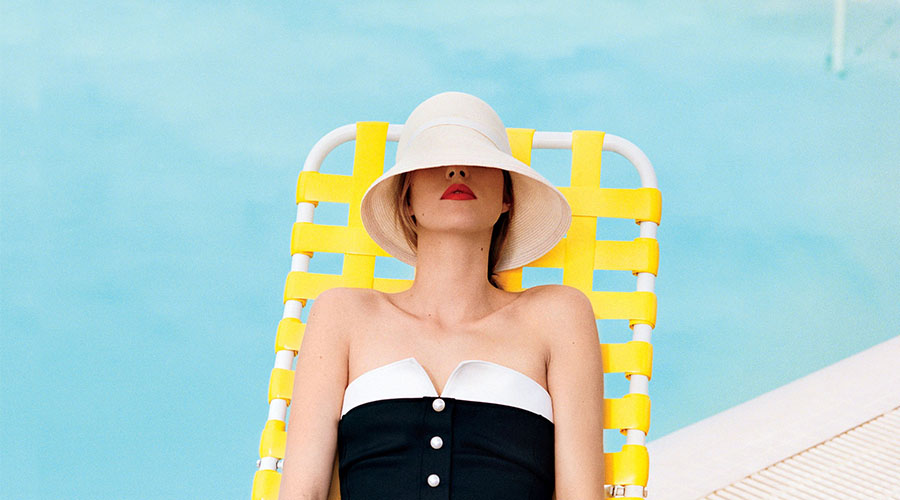 Denizen has an office full of curious cats. While we like to think of our interests and opinions of being particularly highbrow, we do sometimes find ourselves distracted by the more trivial (but very interesting) questions of the world. This had led to open discussion on everything from why we get déjà vu to why we’re more likely to cry on an aeroplane.

Auckland’s recent bout of glorious weather has had us pondering about summers upcoming sojourns, and while we were in the midst of daydreaming about white sand beaches, another question arose. Is indulging in an end-of-year vacation as good for the body as a change in lifestyle is? Where does the phrase ‘change is as good as a holiday’ come from? What does it mean?

At first, we were quick to debate whether the person who invented this phrase (unknown, for the record) had actually ever been on holiday. Surely, they had never stretched out on a yacht in Saint-Tropez and sunned themselves beneath the warming French sun. Clearly, they had never curled up inside a luxurious chalet, after spending the day shredding the slopes in the Swiss Alps. And yet, despite the absence of happy hour cocktails and private pools, it seems as though the changes we make — whether little or large — can have a profound effect on our overall wellbeing, more than we might expect.

It’s funny, really, that we are touting similar benefits to two things that we approach so differently. We would jump at the chance to book an escape to some faraway land, yet we’d likely go to great lengths to avoid change — mainly because change is something that we fear. And it’s not surprising. Our brains are hard-wired to thrive on routine. It makes us feel stable and secure, and we usually believe it to be the only thing that will keep a roof over our heads and food on our plates. But while we regard our efficient and refined systems as beneficial for our long-term objectives, they can actually be more of a hindrance than a help. Far too often we do something because it’s an ingrained habit, even if it doesn’t serve us in the long term.

In psychology, this is referred to as the ‘status quo bias’. The theory explains that our consistent preference for the current state of affairs is because we focus on the potential for loss far more than we do the potential for gains. Take, for example, the simple act of eating at a restaurant. There’s a good chance that we will order the exact same thing from the menu each time we visit our favourite Italian spot. Despite the fact that the linguine special of the day sounds awfully tempting, we’re stubborn to a fault because we know that we will be satisfied with the risotto. Because we were last time… and the time before that.

While this is an example on a much smaller scale, it does highlight the fact that our fear of change often makes us miss out on the benefits of trying something new, and perhaps more delicious. It’s important to remember that purposely deviating from our regular, well-traversed paths can offer the chance for new opportunities and experiences to arise. And it’s these experiences and opportunities that often shape who we are as people. Most importantly, it helps us to become more flexible, adaptable, and resilient and arms us with confidence when we walk into the next new situation. There’s no telling what making simple swaps — like moving from linguine to risotto — might do for our lives. In fact, there’s a good chance that those who make simple changes will soon find that they begin to thrive in new situations and not only handle them effortlessly, but flourish in them.

Straying from the routines we’ve cemented for ourselves can be easier said than done. But change doesn’t have to be as radical as forging a new career, or leaving your house behind in favour of living on a remote island. Small transformations can be just as beneficial, often bringing welcome relief from the mundanity of daily life. They can incite a surge of creativity, focus, productivity and motivation. Often, they deliver a wave of enthusiasm that hasn’t been felt in a long time. How much, for example, does buying a new pair of running shoes encourage you to hit the pavement, despite weeks of avoiding exercise like the plague?

It’s no secret that most people come back feeling refreshed after a trip overseas, but more often than not, the feeling fizzles as they settle back into the same habits they had before. Really, we shouldn’t just be embracing change, we should be actively seeking it out. Because, whether it’s switching careers or merely making a change to our regular lunch order, there’s a good chance that doing something differently will leave us more rejuvenated and motivated longer than a two-week holiday ever would. That’s not to say we’re going to stop sunning ourselves in the French Riviera though, a change might be as good as a holiday, but it sure as hell isn’t worth passing on one completely.