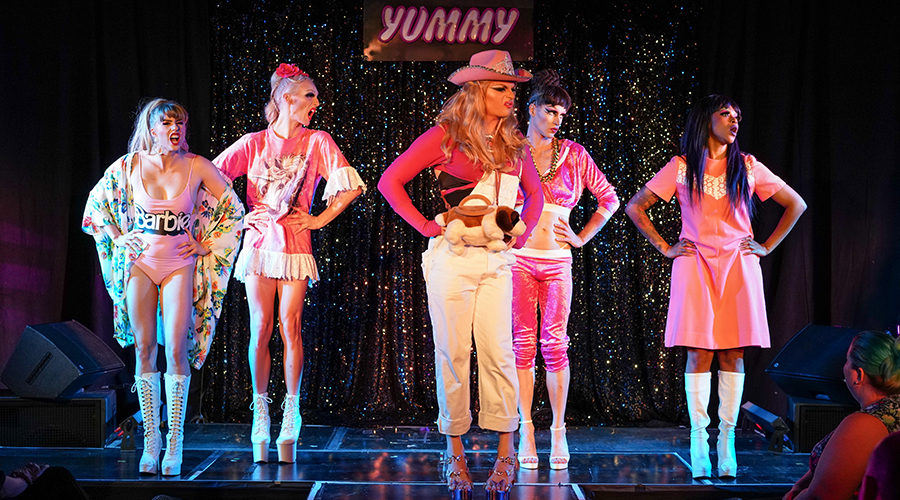 No one throws a party quite like those in the cabaret, and this year’s Auckland Live season dedicated to all things diva is set to be no exception. From über-talented songstresses to make-you-blush drag queens, this line-up is inarguably the best The Civic has ever seen — but there’s one show, in particular, that really has us feverish with excitement. Yummy, the multi-award winning ensemble from Melbourne, will be making their Auckland debut on the 13th June, bringing an ample dose of unbridled sass and sequined flair to our shores.

Winners of Best Cabaret at Fringe World 2019 and Best Production and Best Ensemble at the 2018 Green Room Awards, Yummy has already won over international crowds and is a group known for its wild cult following. Unlike anything you will have ever seen this side of the Tasman, the powerhouse performance combines music, circus, burlesque and jaw-dropping drag and ties it all up with a fuschia feather boa. It’s a show that is tongue-in-cheek, to say the least, with an outrageous bent that leaves onlookers both scandalized and unable to turn away. The unbelievable cast is made up of performers who have earnt their accolades near and far, and includes the likes of ringleader and founder, drag star Valerie Hex, gymnastics prodigy Hannie Helsden (La Soirée), burlesque queen Zelia Rose (who joined the iconic Dita Von Teese during her worldwide burlesque tour) and eclectic drag newcomer, Karen From Finance.

An eccentric collective that has already wowed Australian audiences, it’s safe to say that Yummy’s imminent arrival has us on the edge of our seats. And with three chances available to soak in the spectacle —  the show is on from Thursday 13th June until Saturday 15th — you would be a fool to miss this cabaret extravaganza.