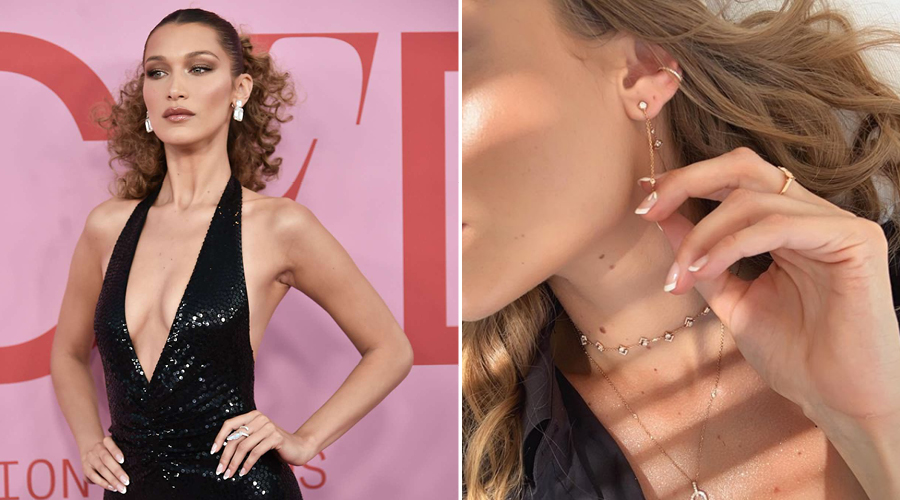 Last week our Advertising Manager, Fliss, came into the office with a new look on her nails. As someone who takes pride in her paws — we’ve recruited her on numerous occasions to be our in-house hand model (her best work here) — her nails are almost always done and when it comes to manicures of the moment, she’s generally in the know. But her recent proclivity for a particular style has me saying two words I didn’t think I would ever use post-2010 — “French. Tip.”

When I was younger, my mum would take me with her when she was getting her nails done and I’d insist the kind ladies in the spa give my mini hands the ‘French tip’ treatment. It was 2005, I loved The Simple Life and I was OBSESSED with having fingers that each ended in a little white line. Off I would trot, proud as punch of my glossy digits, waving them about and slinging them through the belt-loops of my low-slung Urban Angel jeans. Me and almost everyone else from that strange, bedazzled decade.

Eventually, the French tip fell out of favour (as these things usually do), after tragic, reality-TV-types started giving their ‘tips’ far too much real estate on their nails. The overly square, more-tip-than-nail look spoke to the tackiness that seeped its way into the zeitgeist of the early noughties. And perhaps it was because it became so synonymous with bad taste that I was certain it would never emerge again.

But I was wrong. There we were on a crisp Monday morning and Fliss’ nails were adorned in a style I had long sworn off — and they looked good. Granted, the French tip of today has evolved from its first outing. Fliss, for example, had hers done with a fine, burgundy line. Others I have seen on the likes of Instagram are definitely more subtle and refined than the styles of old. But it seems this is just another in a string of noughties comebacks, harking the return of a decade that I truly didn’t think had the sartorial merit to warrant a second coming.

That said, here are some of the unexpected noughties styles set to make a bold return — and like it or not, we’re getting on board.