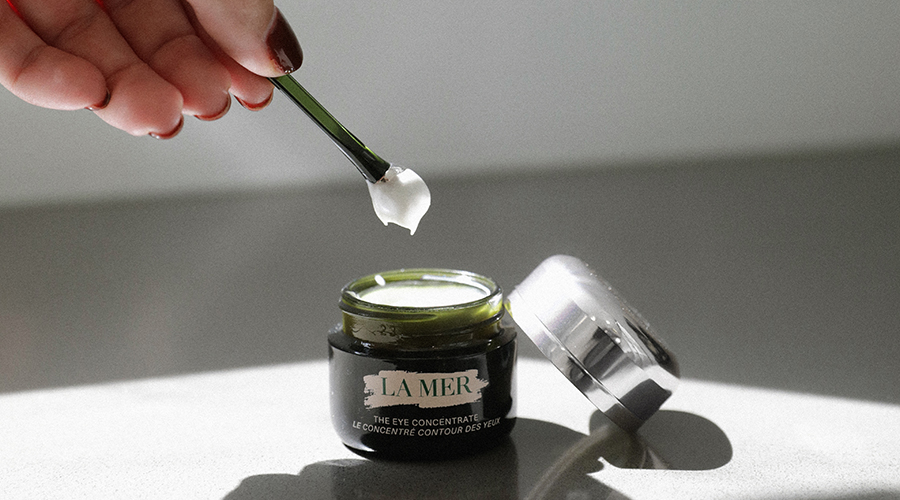 Have you ever wondered what it is that makes certain skincare so iconic? To be crowned with such a coveted title the product must transcend the fickle nature of beauty trends, standing tall in the face of a continual flood of emerging new brands, products and technologies. If that were to be the definition of iconic skincare, alongside it in the dictionary would be one stellar example: La Mer. More specifically, La Mer’s supreme The Eye Concentrate.

Regarded as the holy grail of eye creams since its inception, combining the brand’s famous Miracle Broth with radiant ferments to bring to life an impressively powerful formula. Thanks to its ability to revitalise the thin and very sensitive skin around the eyes, as well as diminishing dark circles, while also promising to even out skin tone, this eye cream will remain in prime position in the bathroom cupboard long after other products have come and gone.

So impressive is La Mer’s The Eye Concentrate that it’s difficult to imagine it being open to any corner of improvement. But, ignoring the old adage of ‘if it ain’t broke don’t fix it’, La Mer has chosen its mission of doing just that — by making one small, but mighty, tweak. For the new and improved The Eye Concentrate, the dosage of the famed Miracle Broth has
been tripled.

The Miracle Broth, a mysterious elixir that harnesses the intense healing properties of a particular kind of sea kelp, resides at the heart of every La Mer product. It was created by the brand’s founder, Aeroscientist Max Huber who, after sustaining burns while experimenting in the lab, went about creating a concoction that would aid his recovery. Twelve years and 6,000 experiments later, Huber stumbled across a remedy that he found not only healed his skin, but also would aid people all over the world for years to come.

With an already winning formula, now improved by the tripling of its wonder ingredient, there’s no question that La Mer’s new The Eye Concentrate will not only retain its predecessor’s cult favourite status, but will also give the term iconic a whole new meaning. The eyes have it on this one.