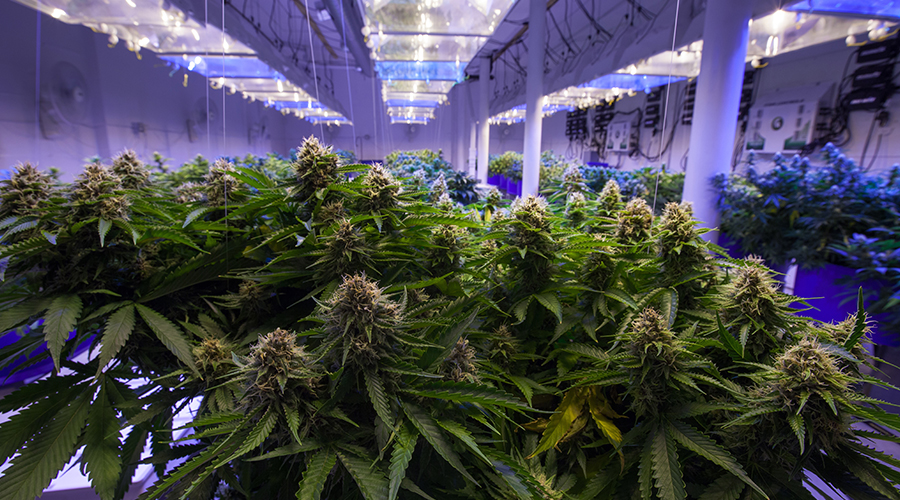 Such widespread misinformation has led to a sense of confusion surrounding CBD and medical cannabis. To clarify the facts, we spoke to Paul Manning, co-founder of medical cannabis company Helius and New Zealand’s leading voice of change.

What is Helius? We are New Zealand’s largest licensed medical cannabis company.

When did Helius begin? Our journey started in March 2017 as an idea to form an enterprise capable of creating economic and social value in equal measure. The company was incorporated last year after we raised $20 million in capital from Kiwi investors. Helius is now unlocking the therapeutic power of the world’s most pharmacologically active plant.

How many people work at Helius, and what are the different roles? Right now, we have 18 staff and a raft of specialist contractors. That number will reach 50 by mid-2020 and nearly 100 once our facility is at full capacity in 2021. Earlier this year we hired Dr Jim Polston as our Chief Science Officer. Jim is a neuroscientist and one of the world’s top medical cannabis scientists. We’ve also recently hired our Cultivation Manager who oversees our 6,500sq/m cannabis grow facility. He is responsible for a small team of horticulturists operating a sophisticated, computer-controlled hydroponic cultivation centre. Our team will also soon include a Medical Science Liaison — a doctor who consults with general practitioners and pharmacists about prescribing and dispensing Helius products.

Helius is releasing some products this year. What are they and when do they launch? We plan to launch four cannabidiol (CBD) products later this year, before Christmas. These will be locally-designed and manufactured to the highest standards. We have two types of sublingual drops and two types of soft gel capsules.

What else is in the future for Helius? Future targets will extend beyond symptom relief into disease modification, particularly in the treatment of inflammatory and neurodegenerative conditions.
Within ten years, we expect to have a break-through treatment for chronic pain that provides patients on every continent the opportunity to choose a natural medicine over harmful opioids.
We also expect to have a natural sleep product that will replace often-harsh benzodiazepines.

Are there plans to expand Helius worldwide, or will it always remain purely New Zealand based? Without a doubt, we have our sights set on becoming a global brand, from New Zealand. Within the next three years, you will see Helius expand into Europe and Asia, we also have an opportunity to serve patients in Australia. That said, our immediate priority is to serve Kiwi patients — we believe all New Zealanders should have ready, equitable access to safe cannabis-based therapeutics.

What exactly is CBD? CBD, short for cannabidiol, is one of many cannabinoids produced by the cannabis family. The two most prevalent cannabinoids are CBD and THC — both are highly therapeutic, but a key difference is that CBD won’t get you high — THC will. CBD appears to offer many medicinal benefits, and has no severe side effects, making it an attractive natural option for many people.

How does it affect our bodies? We all have cannabinoids in our bodies, these are known as endocannabinoids. We humans have a complex cell-signalling system called the endocannabinoid system (ECS), which was identified in the early 1990s. We now know that cannabinoids like CBD interact with the ECS. The functions of the ECS all contribute to homeostasis, which refers to the stability of your internal environment. For example, if an outside force, such as pain from an injury, throws off your body’s homeostasis, your ECS kicks in to help your body return to its ideal state. Today, experts believe that maintaining homeostasis is the primary role of the ECS and its discovery is largely responsible for medical cannabis reform sweeping through the world.

Is it addictive? People who try cannabis are significantly less likely to become dependent on it than users of just about any other drug, including tobacco, heroin, cocaine, alcohol or stimulants. Some experts say it is less addictive than coffee.

Can you overdose on medical cannabis? Are there any health concerns? There has never been a recorded death from medical cannabis, it is actually one of the safest, most natural medicines in the world. It’s virtually impossible to consume enough medical cannabis to induce an overdose. That said, like all medicines, cannabis is not without some potential risk. However, the greatest risks are related to the use of cannabis under prohibition — such as no quality control, little to no guidance by a healthcare provider, and the potential legal consequences as a result of growing, possessing or distributing this plant illicitly.

How can medical cannabis be taken? Medical cannabis can come in a wide variety of formats. At Helius, we’re making soft gel capsules, sublingual drops, topical gels and vaporisers. Most of these are typical medical formats, designed to provide a consistent, measured dose for consumers.

What is one of the most widely-believed misconceptions surrounding medical cannabis? That all cannabis products get you high. You don’t need to get high, to get healthy. CBD is completely nonintoxicating. THC can make a consumer feel ‘high’, but this effect is largely counteracted when present with equal amounts with CBD.

Are there any other myths that you can clear up? You might hear people say medical cannabis hasn’t been well-studied. This isn’t the case at all — there are hundreds of peer-reviewed studies now published. New research is being undertaken every day. Do we want to see more research? Very much so, but cannabis is exceedingly safe and there is sufficient evidence for its use in treating many conditions and symptoms.

What is the current legal status of CBD in New Zealand? New Zealand’s Misuse of Drugs (Medicinal Cannabis) Bill passed in December last year and is now an Act. Since then, CBD is no longer a controlled drug. It’s a prescription medicine under the Medicines Act 1981. As with all prescription medicines, patients must have a script from their doctor to import or use CBD products. If you are interested in using CBD for pain, sleep, anxiety or any other condition, you should talk to your doctor.