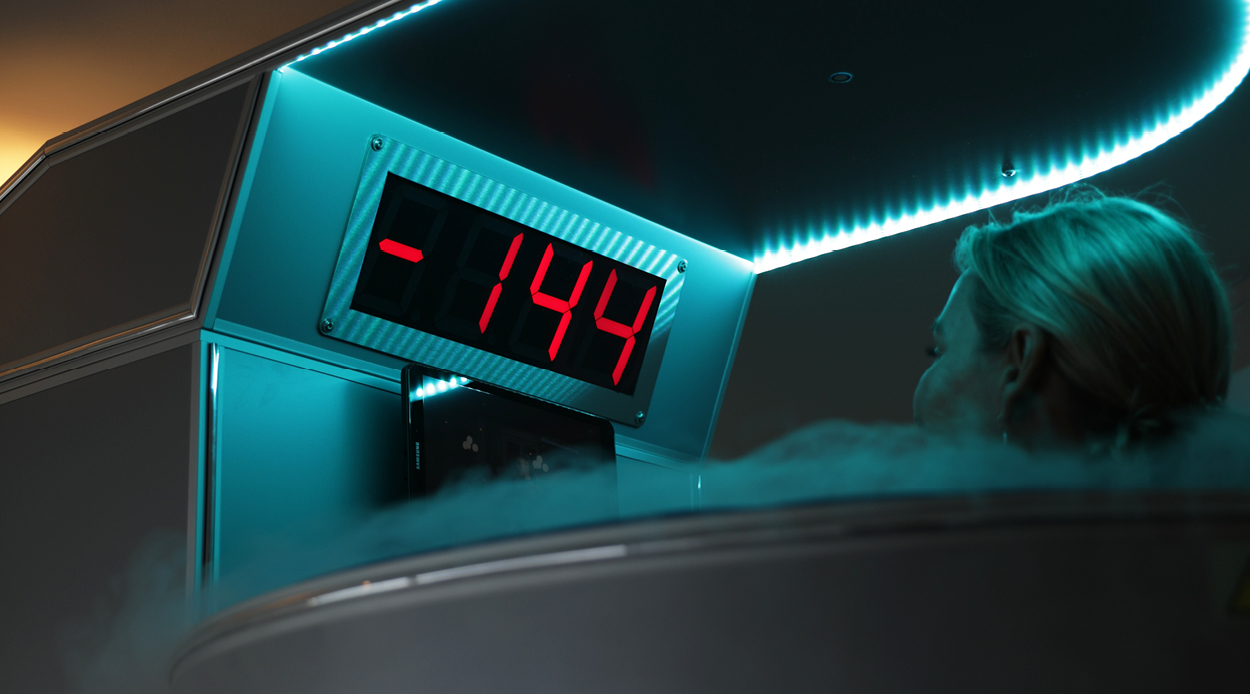 Let me start by saying my interest in the wellbeing fad du jour borders on the obsessive. Perhaps it’s the internal ticking clock getting louder, but in recent years my life’s purpose has taken a dramatic 180 from securing a coveted table at the restaurant of the minute, to ensuring that I am well versed in the delicate and often dubious art of self-preservation. If there is any chance whatsoever that I can find the snake oil to eternal youth, I’m there. So it was with great delight that I learned of Auckland’s very first cryotherapy clinic, Cryo Health Solutions.

The use of cold in medicine has a long history, from freezing warts and killing cancer cells, to slowing metabolic processes during trauma surgery. First developed in Japan, it spread through Europe in the 80s and has gone on to treat many conditions including rheumatoid arthritis, multiple sclerosis, psoriasis, sleep disorders and depression. While more geared towards general health, arthritis pain and sports recovery, it’s more recently been heralded for its holistic benefits, such as combating jet lag, aiding in sleep regularity and boosting energy.

Proponents say whole-body cryotherapy activates the body’s “fight or flight” mechanisms, driving extra energy to muscles and narrowing blood vessels so that fewer inflammation-causing white blood cells reach injuries. And, unlike other forms of body cooling (such as the ice baths mentioned on the following page) cryotherapy is void of moisture so it’s much more tolerable.

Eager to see what all the fuss was about, I committed to a six-week program at Cryo Health Solutions. Helmed by New York-born physical therapist Jill Somerville, the clinic houses New Zealand’s first dedicated cryotherapy chamber that has quickly become popular among athletes (The Warriors are regulars) and the health-conscious alike.

To the uninitiated, the first experience in a cryo chamber can feel a little daunting. Stripping down to almost naked, (barring underwear, socks and mittens — you don’t want to get frostbite), can feel a little intimidating in itself, but once you step inside the chamber and the door is closed, the whooshing sounds of liquid nitrogen filling the chamber and reducing the temperature to -145 degrees Celsius is more startling.

To ease any discontentment, Jill provides an ongoing commentary of encouragement along with a run down of what’s happening to your body to keep you focused. According to Jill, “when the extreme cold touches your skin, the thermoreceptors that reside there send a message to your brain saying ‘we have to survive here’. What happens then, is that all the small blood vessels in your arms and your legs start to constrict, and that blood is going to your core to protect your organs. But while it’s there it’s being pumped with oxygen and enzymes. Once your three-minute session is complete your body wants to regulate itself as quickly as possible, so your vessels dilate to about four or five times their size, and all that oxygen-rich blood then gets pumped back through your system.”

The result, after the very brief three-minute session, is an immediate sense of euphoria in some and energy boosts in others. I tend to alternate between both, depending on how I’m feeling. Jill says that people who hold a lot of stress seem to get a calming and soothing effect as a result, while those who are tired might experience a boost of energy.

“Anytime someone is feeling a bit rundown, it’s also the perfect immune booster. So while it might not feel like the best thing to do with a cold coming on, it’s the perfect way to build up your immunity and help to shorten the length of the symptoms.”

So with one relatively painless session down, how do I feel? Slightly euphoric for sure, but is that enough to justify what I just put myself through? Jill believes that the best results come with regularly subjecting yourself to these extreme temperatures as your body learns how to become more efficient in how it can tolerate things. “We recommend you undergo your first three to five sessions — each three-minutes long — in quick succession. We suggest a few days apart because your body is creating an internal pump which becomes more efficient if you do them close together. Then, when your body is better at it, you can lengthen the time in between.”

And so it is that I begin a regular course of two to three sessions per week. Having just passed the six-week mark, what can I conclude from my own personal experience?

1. I’m sleeping better than ever
I am a notoriously terrible sleeper, the combination of work stress and small children waking me during the night has had an ongoing impact on my ability to get a good night’s sleep for longer than I can remember. After six weeks of regular cryo, I can hands down say that I am sleeping better, and most importantly, falling back to sleep after being woken in the night (cryo can’t stop your from kids waking you!). For me, this is a game-changer.

2. I have more energy, am less stressed, and have better mental clarity
To test the stress reduction capabilities of a cryotherapy session, I booked in on the day of this year’s Denizen Heroes Gala. The results of this not only shocked me but also some of my colleagues. My typically highly-strung persona was absent, to the point that people were worried about my wellbeing because I really was so calm.

3. I’ve lost weight
Three minutes of cryotherapy increases your metabolic rate, burning anywhere between 500 and 800 calories in the 24 to 32 hours after a session. And while Jill is quick to note that cryo is not designed as a weight-loss tool in its own right, I can definitely attest to the fact that, combined with my regular daily exercise regime, over the course of six weeks I have lost roughly 4 kgs. Bonus!

4. I haven’t been taken down by a cold this season
With four and six-year-old children who are nothing short of germ factories, this is a parenting milestone I have never previously achieved during winter.

So, with my six week trial period drawing to a close, will I return to the icy -144 degrees Celcius I’ve come to secretly enjoy? You betcha! I’m now a fully-fledged disciple of chilling out.

Fancy becoming a convert yourself? We’re giving one lucky Denizen the chance to win five full-body cryotherapy sessions and a consultancy package with Cryo Health Solutions, valued at over $400. To enter this amazing giveaway, click here.