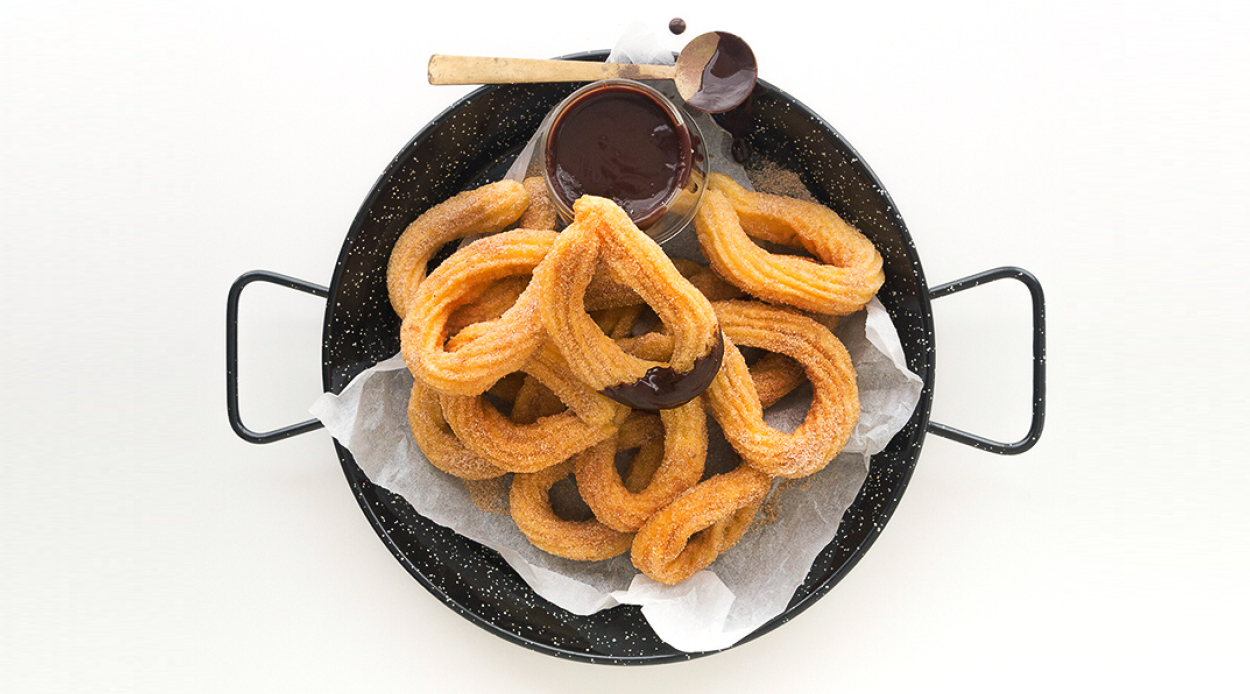 Anyone who says that churros are the same as doughnuts clearly does not know what they’re talking about. From the shape to the texture, churros are a completely different delicacy. They have a crispier outer layer, almost to the point where it could be explained as crunchy and taste the best when made with premium quality ingredients and taken straight out of the deep-fryer. Thanks to this recipe from home-chef and author, Unna Burch’s cookbook — The Forest Cantina and New Zealand’s favourite dairy company — Lewis Road Creamery, everyone can bite into a hot churro at its optimal level of freshness and tastiness.

Makes approximately 15 long churros (depending on the length you pipe them).

Instructions
Cut the butter into small cubes and add to a small pot with the water. Allow the butter to melt and the water to boil.

Once the water is boiling, add the flour and then lower the heat to medium/low. Quickly stir the flour in for a minute with a wooden spoon and keep stirring until the dough forms a ball and begins to stick to the bottom of the pot.

Remove from the heat and continue to beat for a minute to cool the mixture before adding eggs. Don’t rush this process as adding eggs to the hot dough will cause the eggs to scramble.

Add a pinch of salt to the dough and then the eggs one at a time, beating well after each addition, making sure it’s evenly incorporated. You want the batter to be smooth and slowly drop off the spoon when held at a height. If the dough is stiff and doesn’t drop, add another egg and mix again. Put the batter into a piping bag that has a star tip fitted into the end.

Heat oil in a pot or deep fryer to 170°C (340°F), testing with a candy thermometer if you have one. If you don’t have a thermometer you can test if the oil is ready by dipping the handle of a wooden spoon into the oil. Once the oil starts steadily bubbling around the handle it is ready. While the oil heats up, mix the sugar and cinnamon together in a bowl and set aside.

To make the chocolate sauce, heat the cream in a medium-sized pot until hot but not boiling, and then remove from the heat. Chop the chocolate into small pieces so they melt faster and add to the hot cream with the golden syrup. Leave it to sit for 2 minutes, then whisk to combine so that the sauce is glossy. Pour into a serving dish and set aside.

When the oil is ready, carefully pipe 10cm (4″) lengths of batter into the oil, using a paring knife to cut the end of the batter from the nozzle. Don’t want to overcrowd the oil as it lowers the temperature, limit to piping four at once. To make teardrop shapes like the picture above, pipe a long ‘U’ shape into the oil, then press the two ends together with two knives to join them. This must be done quickly while the batter is soft as they won’t join once they become crisp. Or you can just pipe long sticks, which is easier.

Cook for 3-4 minutes, flipping over once until golden brown. Drain on paper towels to remove excess oil, and while still hot roll in the cinnamon sugar. Repeat the process until all the churros have been made. Serve with the chocolate sauce on the side as a dip.