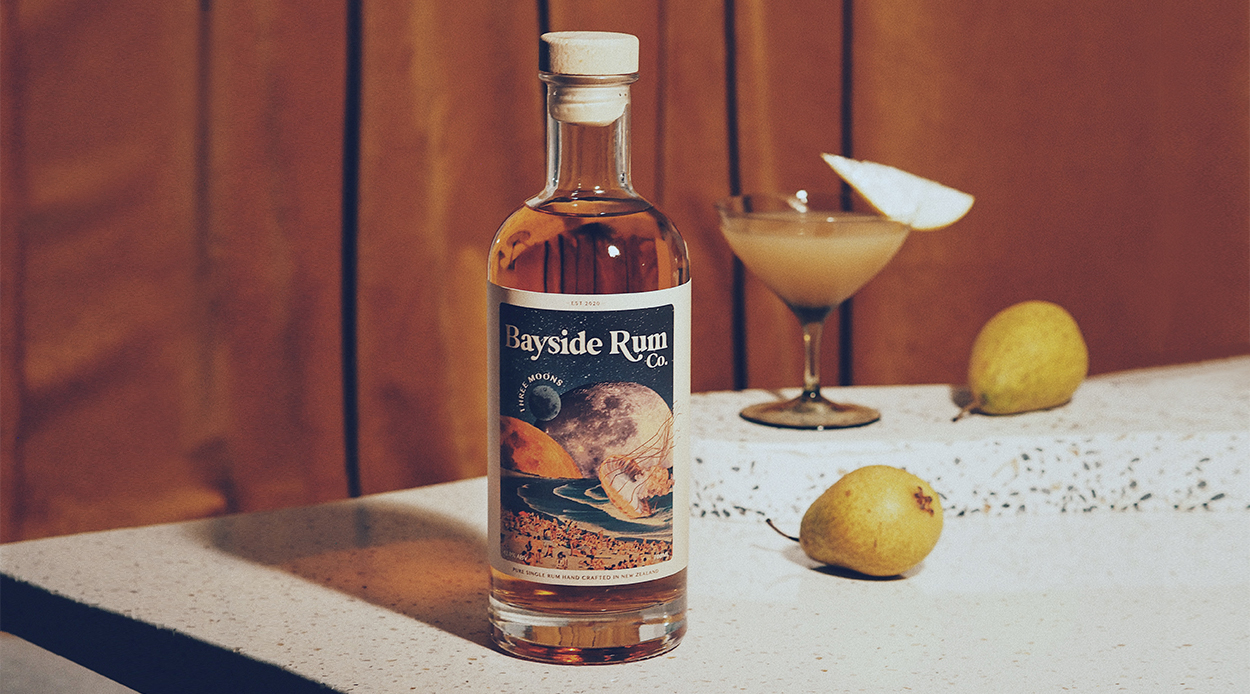 With artisan liquors popping up everywhere — and many others crafted from ethanol by-products — discerning drinkers are seeking out authentic, naturally fermented craft spirits to wet their whistle.

As a slake solution, expert mixologist and trained distiller Egor Petrov has founded Bayside Rum Co, an Auckland-based company that is set to compete on the world stage. In the interest of full disclosure: Petrov’s wife Anna Savelieva is Denizen’s Creative Director, and she can vouch for this as Bayside’s perspicacious tastetester.

A shining example for all of us, the first batch of its Three Moons rum is handcrafted from 100 percent locally-sourced ingredients and uses a kūmara fermentation method to impart many unique qualities.

“We have made a very conscious effort to commit to sustainable, locally sourced ingredients,” says Petrov, who has been a bartender for over 12 years, and moved back to New Zealand in 2020 to perfect his own spirit. “From the kūmara and the molasses to the ex-Pinot Noir wine barrels in which the rum has been aged, we want people on the other side of the world to drink our rum and think, ‘damn, I want to go to New Zealand’.”

Twice distilled in a New Zealand made pot-still, and aged in said wine barrels for three months before being blended with filtered pure rainwater, the end product has notes of golden kiwifruit, honey, pear and citrus. “We have developed a very unique and very Kiwi rum that has been hand-crafted to give a broad appeal to both the rum connoisseurs and the new-age drinkers in search of exciting experiences,” adds Petrov.

Having mixed many iconic cocktails, including at Dubai’s Atmosphere on the 122nd floor of the Burj Khalifa, and in his current role as the Bar Manager of the Viaduct Harbour establishment Rooftop at QT Auckland, Petrov has ensured Bayside can enhance even the most complicated of rum-based cocktails, wherever in the world.

“While we are a very much a rum drinking country, New Zealand-made rum is only in its early stages of growth. Now, with the introduction of Three Moons, we will be able to proudly enjoy a 100 percent Kiwi rum,” he adds.

Respecting the highest standards of traditional rum production, while infusing an Antipodean influence, Bayside has us pouring a glass of rum, to see what we can become.