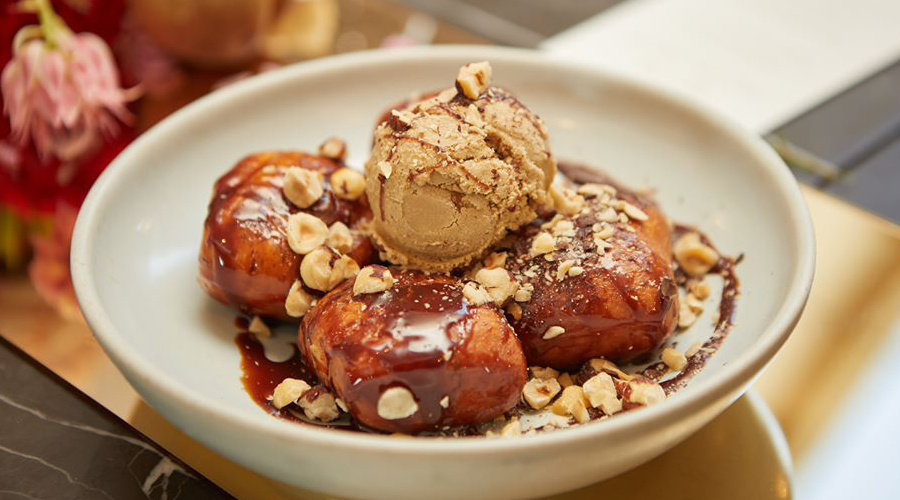 Who’d have thought that ring-shaped, fried dough glazed in sugar would capture the hearts of people all around the world? Doughnuts are a universally-loved delicacy, but not all cultures enjoy them with pink icing and rainbow sprinkles. Different countries have their own renditions of the doughnut and so we thought we’d explore some of the most popular, as well as sharing where to go in Auckland to get a taste of the best.

Germany
Berliner
If you call yourself a jelly-filled doughnut fanatic, the German Berliner is a version you need to get around. Berliners boast an incredibly light and fluffy texture and are injected with a sweet fruit jam, typically raspberry, strawberry or cherry. They are finished with a light dusting of powdered sugar. If you want to know where to go to get a true Berliner, German bakery, Diehl’s Bakery in Wairau Valley, does the delicacy justice.
Diehl’s Bakery, 65 Hillside Road, Wairau Valley

France
Beignets
Pronounced “ben-yay,” the origins of the beignet allegedly date back to Ancient Roman times. But what we can gather from this historically-rich delicacy is that it was commonly enjoyed in France, before the French-Acadians introduced it to Louisiana. Rather than sporting the round, doughnut shape, beignets are square pockets of dough that have crispy exteriors and light, slightly cakey textures inside. A good beignet is always freshly-fried and dusted with powdered sugar and Depot serves them just like that during its breakfast hours Monday to Friday, along with a side of passionfruit curd for a fruity zest.
Depot Eatery, 86 Federal Street, Auckland CBD

Italy
Bombolini
Usually, a full-sized filled doughnut requires a bit of commitment to eat — especially with its oozing filling. The Italian bombolini, however, is like the regular filled doughnut’s little sibling. Yeast fried dough is filled with a perfectly-proportioned amount of cream, custard or chocolate and is small enough to be enjoyed in three mouthfuls. In Auckland, Il Forno Bakery makes them fresh every morning and is almost always sold out by midday. So, if you’re lucky enough to spot one in its cabinet, don’t think twice.
Il Forno Bakery, 55 Mackelvie Street, Grey Lynn

Netherlands
Oliebollen
Dutch food comprises of some of the most comforting dishes such as bitterballen, poffertjes and one of our favourites — oliebollen. The imperfect shape of this doughnut varietal is due to the fact that the dough is scooped with an ice cream scooper, and put straight into the deep-fryer with no handling or shaping in between. Oliebollen are always served fresh, hot and dusted with powdered sugar and are sometimes even enjoyed with scoop of ice cream or two. And while Boy & Bird’s renditions don’t come with ice cream, they are served with salted caramel on the side and are filled with caramelised apples.
Boy & Bird, 222 Ponsonby Road, Ponsonby & 215 Kepa Road, Mission Bay

China
Youtiao
Doughnuts for breakfast might sound like a dream for some, but in China, it’s actually much more common than you’d think. Meet the youtiao, a long fried breadstick that is incredibly light, flaky and more like a choux pastry than a typical American-style doughnut. In China, the youtiao is enjoyed as a side, to dip into morning porridge (otherwise known as congee) or a sweet cup of soy milk (both of which are typical breakfast dishes). When a youtiao craving hits, Bun Hut on Victoria Street East is the place to go — they’re a bargain at $1.50 each.
Bun Hut, 11 Victoria Street East, Auckland CBD

Spain
Churros
Similar to the Chinese youtiao, the Spanish churros boast the shape of a long stick rather than a circle and also have a similar texture. Instead of bready dough, churros have a light choux pastry-like lightness while the exterior is golden and crunchy. Thoroughly coated in cinnamon sugar, the decadent treats reach their peak when served with a side of rich chocolate sauce. Toro Churro has been Auckland’s go-to churro spot for almost a decade now. What started as just one food truck is now an empire of six permanent spaces, eight trucks and even a shop overseas in Mumbai. These churros are always fried fresh-to-order and are consistently delicious, crunchy on the outside and light and airy on the inside.
Toro Churro, Various locations

South Korea
Kkwabaeggi
Doughnuts are not overcomplicated in South Korea. Despite a number of massive doughnut franchises having landed in Korea a long time ago, many of the locals seem unfazed, choosing instead to remain loyal to the kkwabaegi. These braided twist doughnuts are usually made with glutinous rice flour (for a chewier texture) and are dusted in sugar crystals for a sweet flavour. They’re a common Korean street food but if you want to try them here, head to the Julie’s Donut inside Tai Ping Supermarket in Wairau Valley. There, the delicious morsels are freshly fried, include pumpkin purée for a softer texture and only cost $5 for three.
Me Kitchen, 25 Porona Road, Wairau Valley

India
Gulab Jamun
Fried food is done really, really well in India. While Indian cuisine includes a number of battered and fried dishes, they don’t ever feel too oily or heavy and the same goes for the gulab jamun. What differentiates this from other doughnuts is that, instead of a yeast dough, the gulab jamun is made from milk solids that have had the water evaporated from them before being kneaded together into a dough and deep-fried. This allows a denser, more moist and cake-like texture and while some variations are served dry, many are taken a step further and are drenched in sugar syrup. Auckland Indian Sweets & Snacks shop on Dominion Road sells both variations, as well as an array of other treats such as barfi and jaleebi which are also delicious.
Auckland Indian Sweets & Snacks, 852 Dominion Road, Mt Roskill

Greece
Loukoumades
Speaking of drenching morsels in syrup, these Greek doughnuts are most definitely worth mentioning. Loukoumades are honey puffs that are impossibly fluffy and perfectly sweet. Typically soaked in a hot honey syrup, these doughnuts make for the perfect pairing with ice cream that melts into them when served hot. At Gerome, the dish is served with coffee ice cream to balance out the sweet honey flavours, alongside crunchy hazelnuts, creamy mascarpone and decadent Nutella to complete the dessert.
Gerome, 269 Parnell Road, Parnell