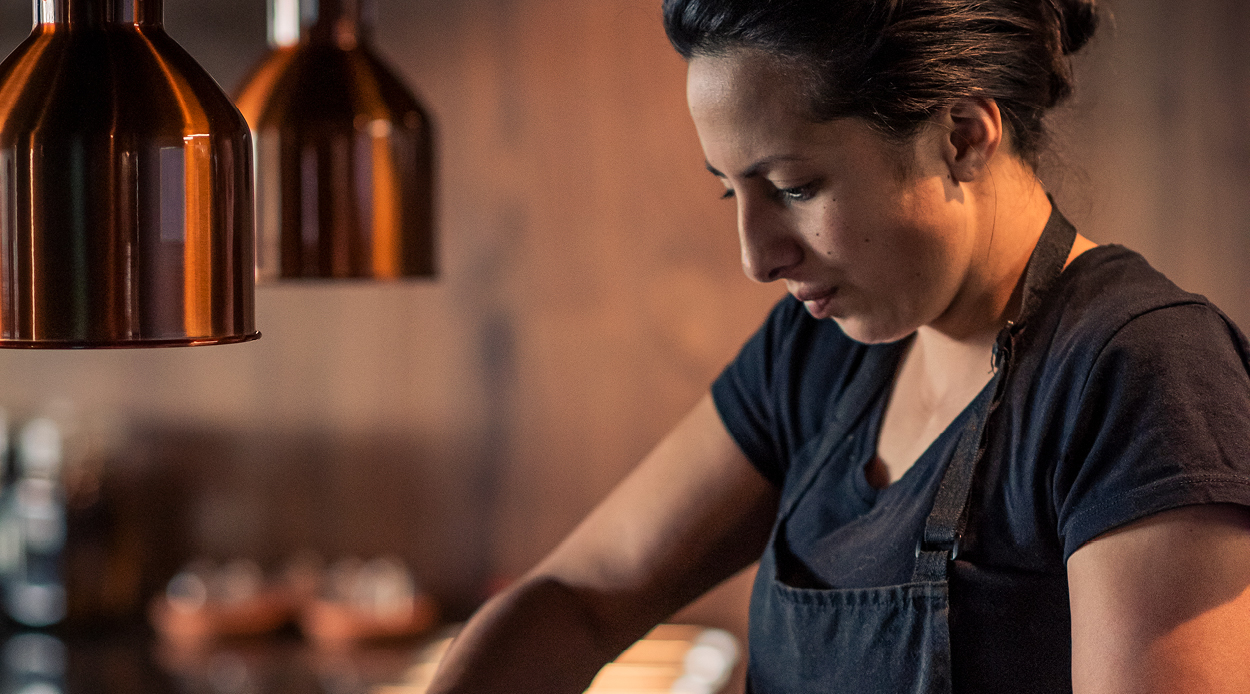 Monique Fiso is putting New Zealand’s indigenous cuisine and techniques on the world map. One of the most formidable talents in our culinary industry, she has worked all over the globe and trained at top Michelin-star kitchens in New York including The Musket Room, Public Restaurant and Avoce.

After returning to our shores and organising a series of sell-out pop-ups in 2015, Fiso opened her acclaimed Wellington restaurant Hiakai in 2018, specialising in Māori fine-dining cuisine. Fiso, who is of Māori and Samoan descent, is now considered one of the country’s most important chefs, bringing a new genre of cuisine to the fore that both honours and expands on Aotearoa’s food story.

In 2019, Hiakai restaurant was named in Time magazine’s 100 most important places on Earth, and in 2020 Fiso released her highly anticipated book Hiakai: Modern Māori Cuisine, a celebratory account of the rich history and methods of Māori food, complete with recipes, ingredient indexes and foraging notes. She also starred in the 2018 Netflix show The Final Table, and appeared on Gordon Ramsay’s adventurous 2019 series Gordon Ramsay: Uncharted.

With all this taking place before Fiso’s 33rd birthday, safe to say she is a force to be reckoned with. Here she shares some insight into her journey thus far.

Food is a disappearing art form. You make it, you prep it, you plate it, it looks beautiful, and then it’s gone ten minutes later.

I know that you can fail at something, and I understand the risks, but I have been a lot more open than other people at just going “oh well, I’d rather try than not.”

There were definitely moments during the writing of my book where I’d woken up with all the positivity in the world, made myself a coffee, opened the laptop and thought “today’s going to be a good writing day” and then just burst into tears.

I gained so much respect for the writing process, and writers, and the discipline you need to have. People talk about discipline in cooking and ballet, but actually the discipline to sit and write is such a skill.

The best piece of advice I’ve been given is “reputation sticks.” That’s also from my dad. When I was younger, I didn’t really understand it, but as I’ve gotten older I’ve realised what he was saying was “think long and hard about what you want to be known for, and that will lead you to the right decision.” And I always think about that when we’re making decisions. It takes a lifetime to build a reputation and it takes a moment to destroy it.

The worst advice I’ve ever received is “don’t go to cooking school.”

I’d like to be known for my contribution to the New Zealand food scene. That would be a nice legacy.

I see it a lot with people, when they make mistakes they throw in the towel. It seems silly to me — if you think you’re going to nail something on the first attempt, you’re crazy.

The biggest thing I’ve had to overcome was finding the self-confidence to actually step into my own shoes instead of going and working for somebody else. There was a time period of a couple of years where I felt ready to do my own thing, but at the same time a little bit insecure. I had a glowing resumé, and I’d done really well, but I had to overcome my inner voice trying to talk me out of doing the pop-ups and then opening the restaurant.

My amazing partner Katie, who’s also the general manager of Hiakai, tends to keep me on track and organised. A lot of keeping healthy and staying balanced comes down to her, and because we have a million things happening in the week we have a rule to make sure there’s always stuff at home for breakfast. It might be the one meal we get to sit down for.

There isn’t really anywhere you can look to for a blueprint for Hiakai. And that’s really cool — it’s awesome to be creating a new genre of cuisine and playing around with ingredients for the first time, but at the same time it’s kind of scary because you don’t have the playbook. You can’t look at models like French Laundry and say “well, we’re going to do it like how Thomas Keller has done it” because it’s not going to be the same.

One of the most surreal moments of my professional life was meeting Gordon Ramsay for the first time. On the episode of Gordon Ramsay: Uncharted, when he jumps out of the helicopter, and we’re on the beach, that was literally the first time I’d met him.

My 30th birthday was actually spent filming the first episode of The Final Table, so that was a pretty strange day. I turned 33 last week — it’s hard to believe it’s been three years. But my 30th was spent there, and I was like “Wow, this is an interesting way to walk into this decade.”

Anyone who knows me would say fried chicken is my ultimate comfort food meal. With some serious heat, I like a bit of spicy fried chicken.

I like to keep my professional goals close to my chest, but on a personal level I’ve spent most of my adult life working extremely long hours, and I think as I’m getting older there are definitely personal goals. It would be nice to start a family soon, and have a bit more balance, but at the same time I really really love what I do, and there are still things that are unfinished business for me. I wouldn’t feel like I was done in this industry until I ticked off some of those private goals I’ve got for myself professionally.

I’ve got a massive sweet tooth. It’ll probably be the end of me eventually, because I can be super full, and then be like “Ooh, brownies, donuts.”

I was really lucky that I grew up in a family where my parents owned their own business. From a young age I was around them and their conversations, and I’d ask them a lot of questions. Dad taught me how to use Quickbooks and was explaining to me things like chartered accounts, payable receivables, and how tax works from a really young age. So, I almost feel like that side of the Hiakai business is easy.

This Wellington restaurant is shining a light on traditional Māori cuisine

Peter Gordon has made his homecoming, with an enticing new waterfront eatery and food hub