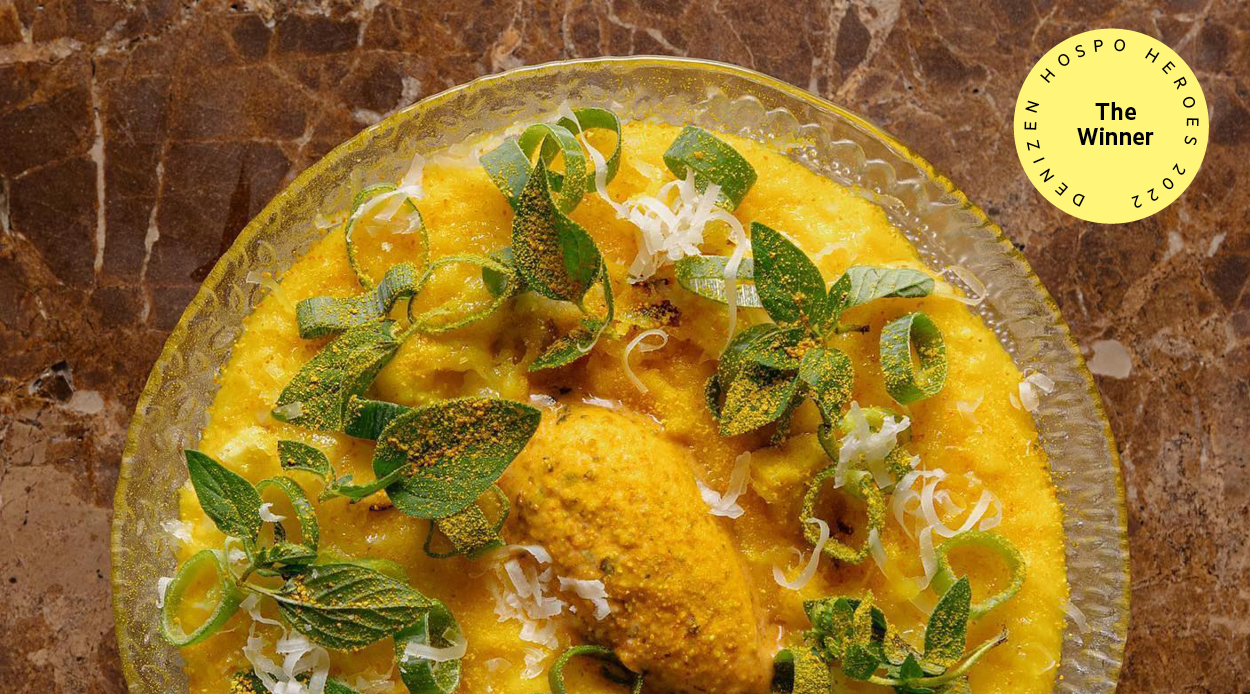 Standing out among the exceptional new openings in Auckland over the last year is no mean feat. But it seems that Bar Magda, the cool underground bar and eatery serving flavoursome Filipino-inspired fare has managed to do just that. Voted by you as this year’s Best New Opening, it claimed the title just ahead of other noteworthy new venues including Britomart’s Bar Non Solo (beloved for its convivial atmosphere and tasty Italian bites) alongside underground eatery Ghost Street, the always-busy Atelier, and the only-just-opened Milenta (making a swift and impressive impact). INCA’s new Ponsonby outpost was another crowd favourite.

The 2022 Denizen Hospo Heroes is brought to you by American Express. Wining and dining your way around Auckland’s top restaurants (as voted by you), has never been easier thanks to American Express’s new Gold Rewards Cards. Find out more here.

Denizen has your exclusive invitation to new eatery Milenta, and its private club The Shy Guy

Heading out on a Monday? Here’s where to dine in Auckland

2022 Denizen Hospo Heroes: Auckland’s Best for Group Dining, as voted by you

2022 Denizen Hospo Heroes: Auckland’s Best Bar, as voted by you