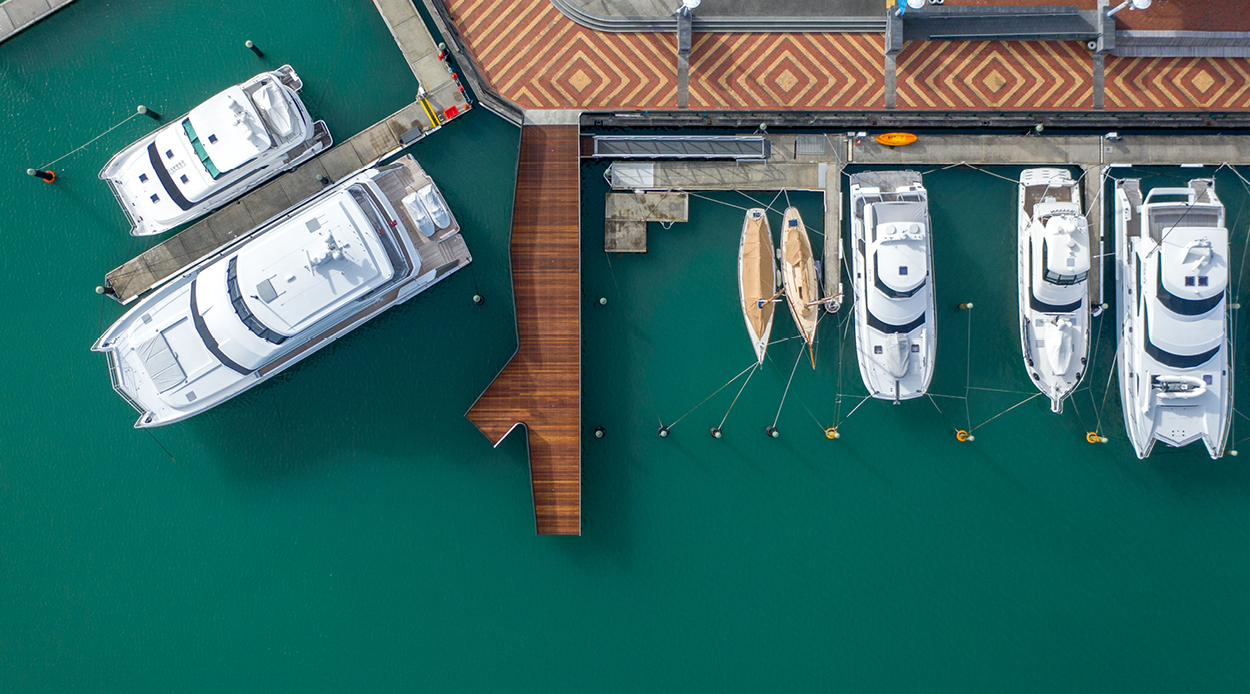 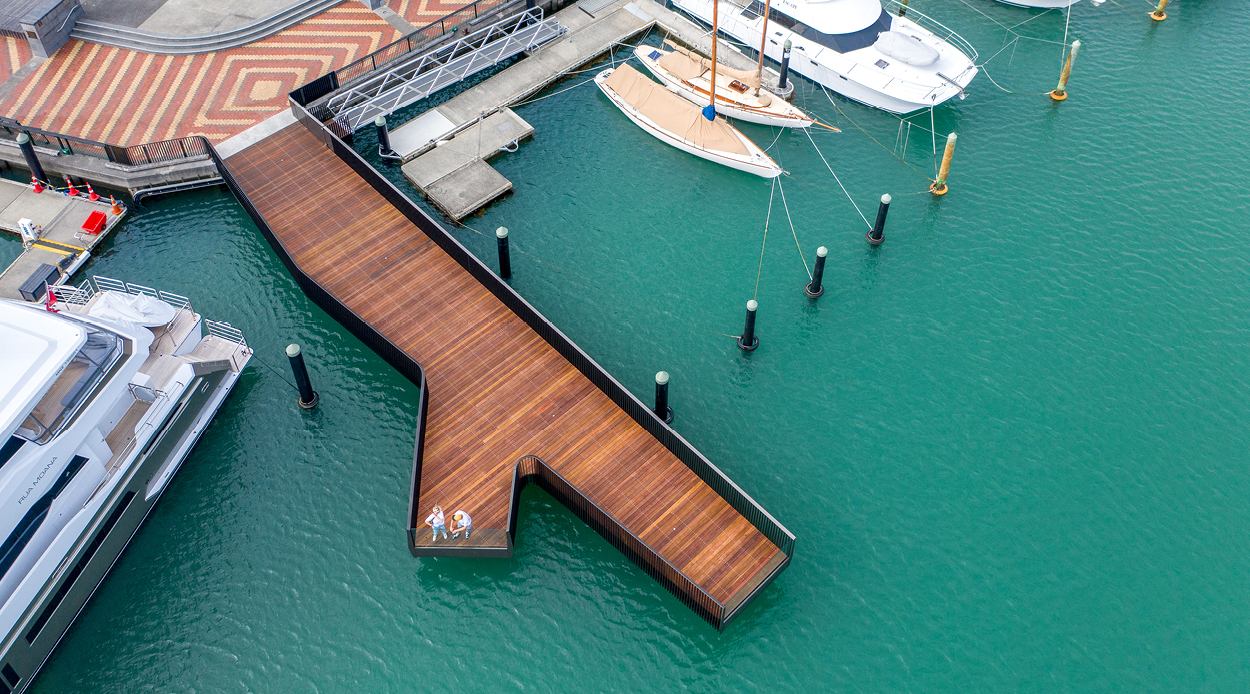 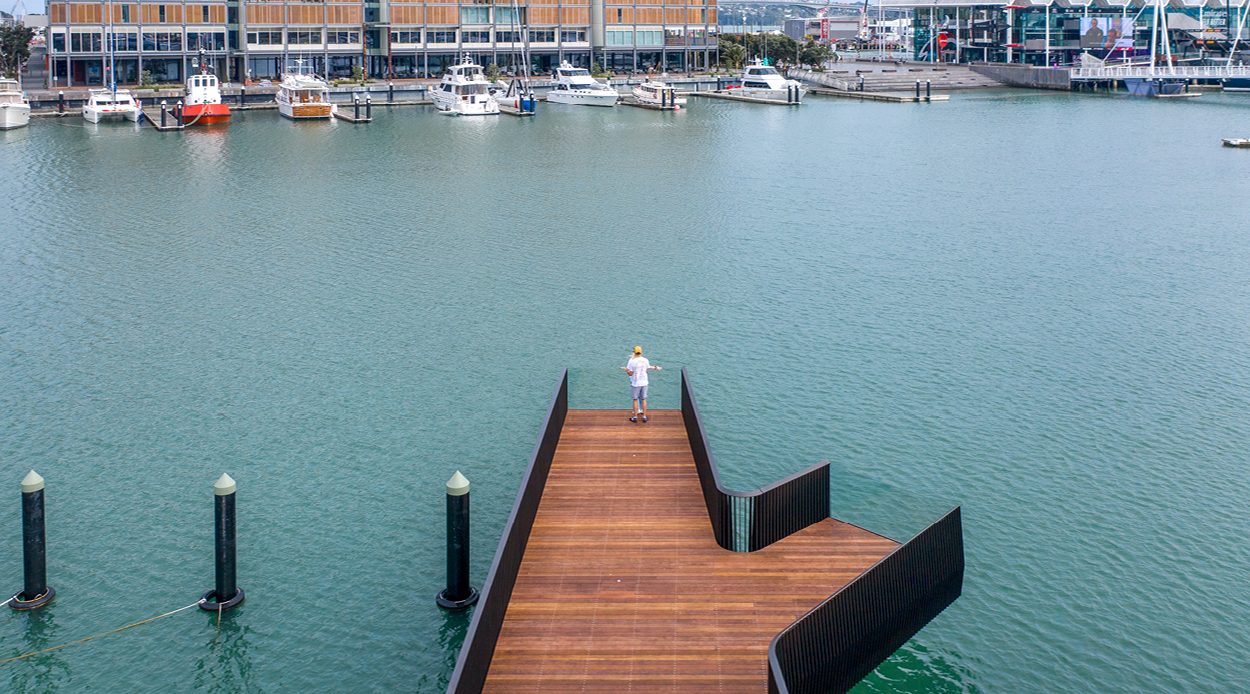 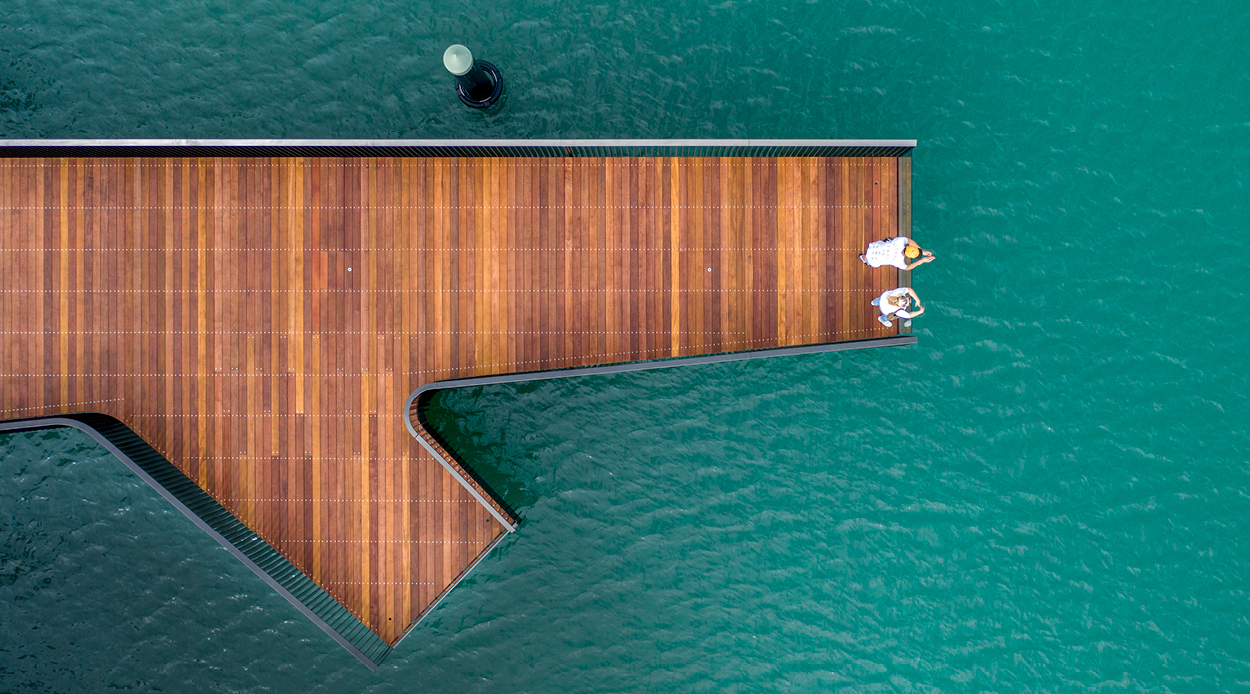 The wharf is a collaborative project between Ngāti Whātua Ōrākei artist Graham Tipene and landscape architects LandLAB, whose creative journey saw the structure evolve from a simple wharf extension into a dramatic sculptural form, that visually represents a taurapa (the stern of a waka) lying on its side.

Ngāti Whātua Ōrakei’s kaupapa and their stories have been woven through Viaduct Harbour’s public realm since it was first developed for America’s Cup in 2000. The pātiki (flounder) design in the brick pavement, for example, represents the values of hospitality, plentiful times and progression. Tipene has consulted on multiple civic designs across Auckland, including Waterview tunnel, Victoria Park, Auckland Library, and Tirohanga Whānui Bridge in Albany.

The recently completed sculptural pier-like installation extends 30 metres out from Waitematā Plaza promenade into the Viaduct Harbour waterspace. Commissioned privately by Viaduct Harbour Holdings, the structure is designed to enhance the public’s connection to the water itself, allowing us to further enjoy the waterfront surroundings we are so fortunate to have at such close proximity.