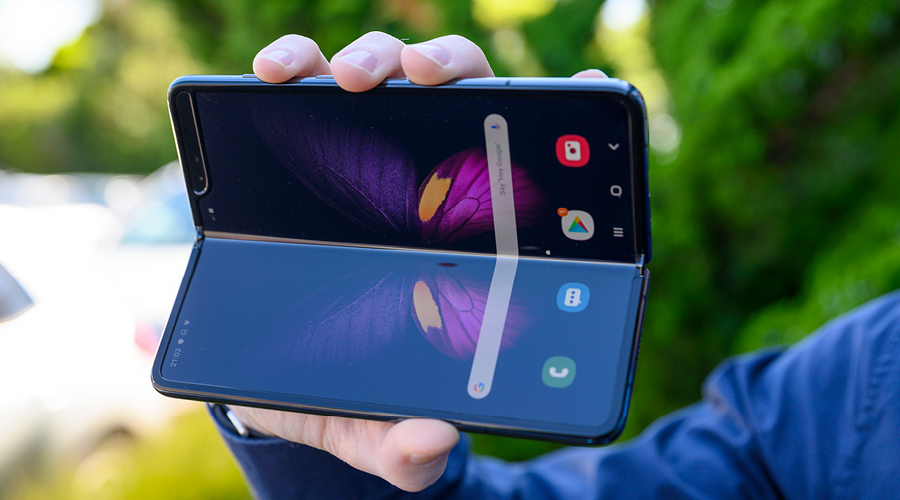 The scope of the new technology we’re faced with every day is vast and varied. From developments that render us more connected than ever, to handheld devices that are starting to make our computers feel all but obsolete, the landscape of modern tech is a fascinating place. But it can also be overwhelming. The sheer volume can mean that some things fall by the wayside as we try (and often fail) to keep up.

That said, there is one piece of recent tech news that has captivated us. Samsung has just released a first-of-its-kind, groundbreaking mobile phone that features something we’d usually only expect to see in the world of science-fiction — a foldable screen.

The new Galaxy Fold heralds an entirely new category of mobile technology — one that is the result of several months of painstaking development to offer an experience unlike anything else.

When closed, the Galaxy Fold gives users access to their essentials on a cover screen of sorts. But when opened, the phone’s 7.3-inch Infinity Flex Display facilitates a whole new world of usability, reimagining how we operate our devices in totally unprecedented ways.

From capturing and sharing photos to app continuity, the phone promises seamless transitions from the cover to the main display, as well as allowing users to run multiple apps at once. This means that you could be editing footage, browsing your photo gallery and checking your emails all at the same time.

Available for pre-sale in New Zealand now and shipped from the 18th December, the Samsung Galaxy Fold is signalling the start of a new era for mobile technology and is encouraging us to step boldly into the future.