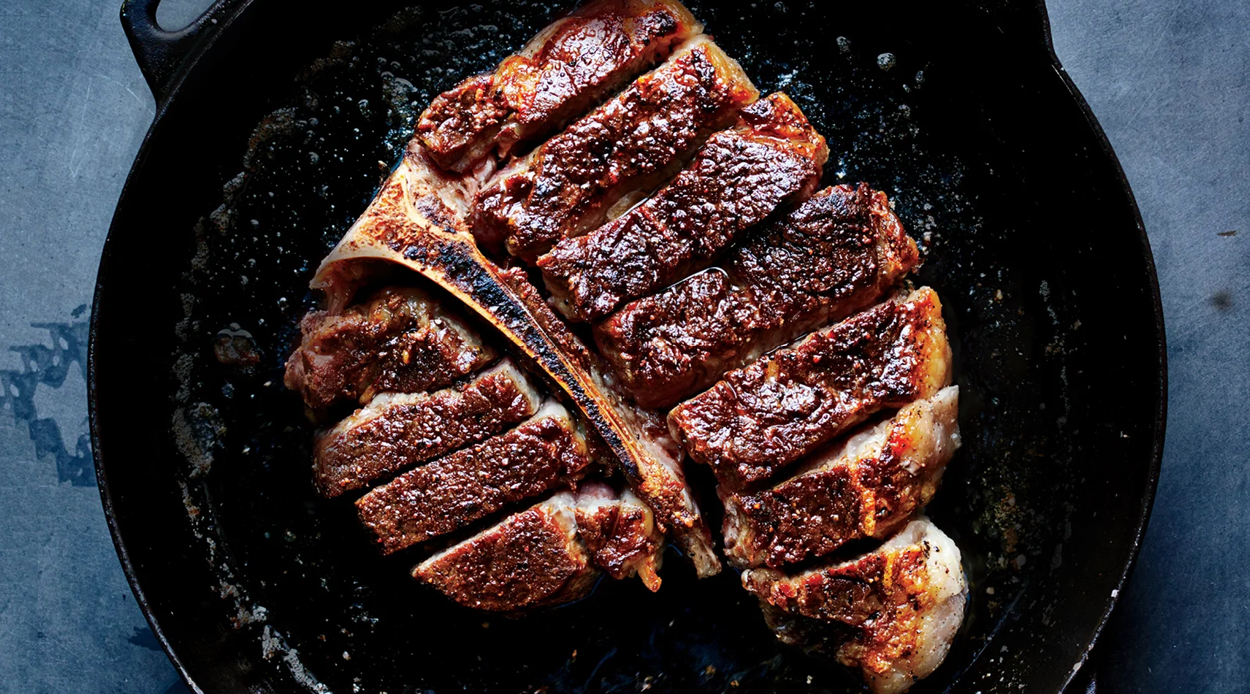 Stainless steel and aluminium crafted cookware have since replaced the more classic cast iron pots and pans of yesteryear, but we should never have fixed what wasn’t broken. Because, when it comes to quality, there really is no debating the allure of a fine, cast iron pan. The advantages are seemingly immeasurable, but here are five particular reasons why we think you should be making the switch. Feeling inspired? Local tableware specialists Studio of Tableware offers a divine medley of cast iron kitchenware, from the classic skillet to large griddle pans.

It can be used for anything, literally anything
Whether you are shallow frying a fillet of fish or roasting some crispy potatoes, grilling a medley of vegetables or whipping up some quick scrambled eggs, the cast iron skillet knows no bounds. So you prefer your eggs poached? The cast iron variation can master water-based cooking too, whether poaching or boiling. What’s more, because cast iron is oven safe, the cookware can double up as a baking helping hand — some recipes even require you to transfer the skillet from the hob to the oven in order to finish the meal off perfectly.

It’s safer
When seasoned well, cast iron cookware is naturally non-stick. This means that you are avoiding the synthetic, harmful chemicals that often layer generic, non-stick pans. Be sure to season after every use to keep in optimum condition. To do so, after washing and drying the pan, place it on high heat. Rub the hot pan with a paper towel coated in a thin film of the oil of your choice — coconut would be the healthiest option — when it starts to smoke, rub with the paper towel once more.

It’s long lasting
Cast iron cookery is basically indestructible. For starters, they don’t get ruined when rinsed while hot, like regular non-stick cookware. Its sturdiness means it can survive butter-fingered hands in the kitchen (ie: it doesn’t matter if you drop them, just watch the toes), and metal cooking utensils, like ladles or spatulas, can’t harm the seasoning. In fact, the longer you keep cooking with it the more seasoned it gets, so cast iron pans literally get better with age.

It maintains heat
While a cast iron pan may take a little longer to heat up evenly, once it is hot it will stay that way for a long time, far more effectively than those of the stainless steel variety. It’s this winning factor that makes cast iron the choice material for high-heat applications like searing meat. It also means that when (no judgements here) you return to the cast iron to dish out seconds, the food will still be piping hot.

It’s easy to clean
Unlike traditional cookware, which — especially the more used it is — often requires an overnight soak and a vigorous scrub to finally bid adieu to any food remnants, cast iron pans are generally far easier to clean. To clean, scrub the cast iron under hot water and then either wipe dry with a towel or set the pan over low heat until completely dry — simple.