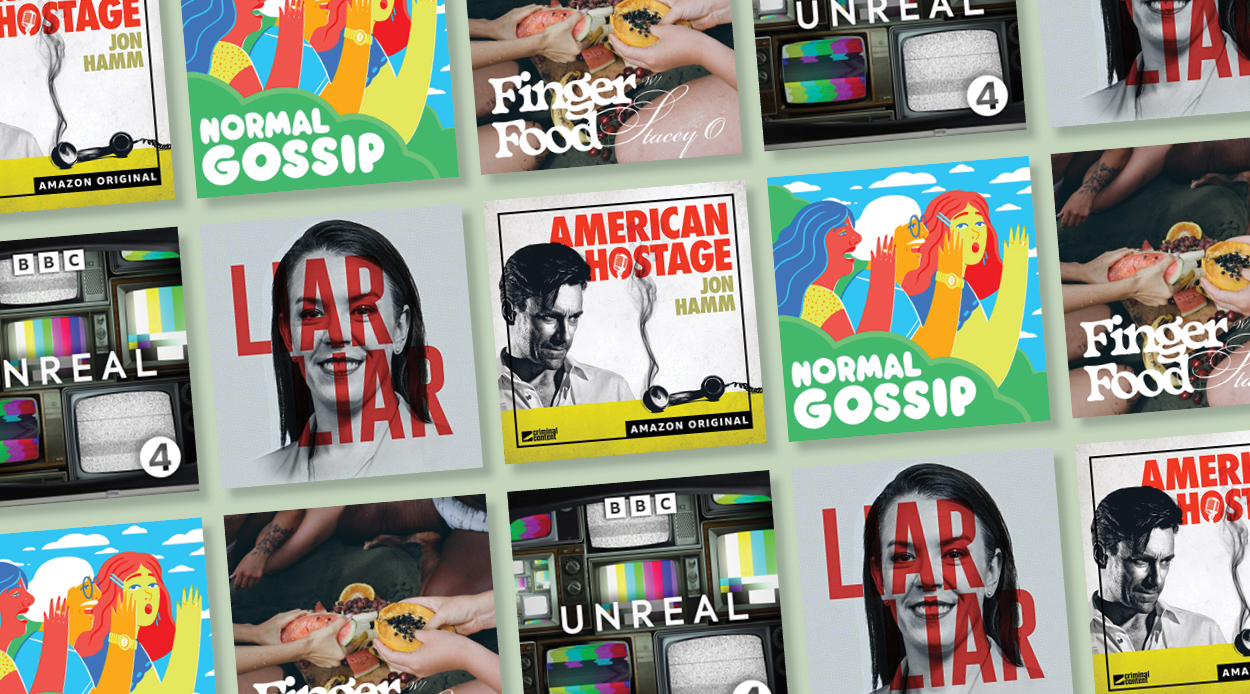 Podcasts are an excellent way to while away the weekend, whether they are listened to on a walk or while tucked up in bed with your morning coffee. And with a number of new podcasts coming out every week, we’ve made finding the best easy with a round-up of ones we’re listening to and loving right now. From juicy gossip to engrossing conspiracy, these are the five podcasts to tune into this weekend.

Finger Food
This insightful new podcast from culinary-artist-turned-holistic-sexual-mentor Stacey O’Gorman is set to inform and entertain in equal measure. Speaking with a diverse line-up of guests, O’Gorman leads thoughtful, engaging conversations and creates a safe space in which to explore intimacy, vulnerability and sex. You won’t be able to tear yourself away.

American Hostage
Based on a true story, American Hostage stars Jon Hamm as Fred Heckman, a beloved local radio reporter who is thrust into the middle of a life-or-death crisis when hostage-taker, Tony Kiritsis, demands to be interviewed on his popular radio news programme. American Hostage is an eight-episode scripted psychological thriller that exceeds all expectations.

From Keeping Up With The Kardashians and The Hills to Selling Sunset, Love Island and more, journalists Pandora Sykes and Sirin Kale explore the history of reality TV and the ethical questions raised by the genre. Using interviews with contestants, commentators, producers and psychotherapists, Unreal is a ten-episode deep dive that is just as addictive as the shows themselves.